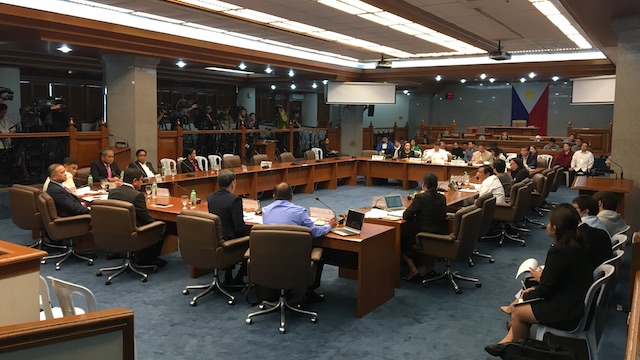 AMLC executive director Mel Georgie Racela told a Senate panel on Wednesday, August 23, that the investigation of the Luzon Development Bank (LDB) was prompted by Patricia’s affidavit that was transmitted by the National Bureau of Investigation (NBI) to the AMLC.

“We received a referral from the NBI dated August 9 and August 16, referring to the AMLC Secretariat the affidavit of Patricia Bautista,” Racela said during a hearing of the Senate committee on banks, financial institutions, and currencies. (READ: Who is Comelec chair’s estranged wife Patricia Bautista)

The AMLC probe is parallel to the probe initiated by the NBI, based on the affidavit of Patricia. She executed an affidavit against her husband shortly after negotiations for an amicable separation and separation of properties collapsed. (READ: The making of a scandal: Comelec chair Andy vs Tish Bautista)

The poll chief allegedly keeps at least 35 accounts at LDB, allegedly part of the wealth that amounts to about P1 billion. (READ: Who’s who in the Andy vs Tish saga?)

The poll chief is a politically exposed person (PEP), meaning banks are required to closely monitor the account. But AMLC did not get reports from LDB that the Comelec chief had suspicious transactions.

Patricia alleged that her husband regularly deposited amounts of less than P500,000 to skirt the anti-money laundering law.

LDB lawyer Francis Lim, who was at the hearing, refused to discuss the poll chief’s bank accounts, citing the bank secrecy law. – Rappler.com