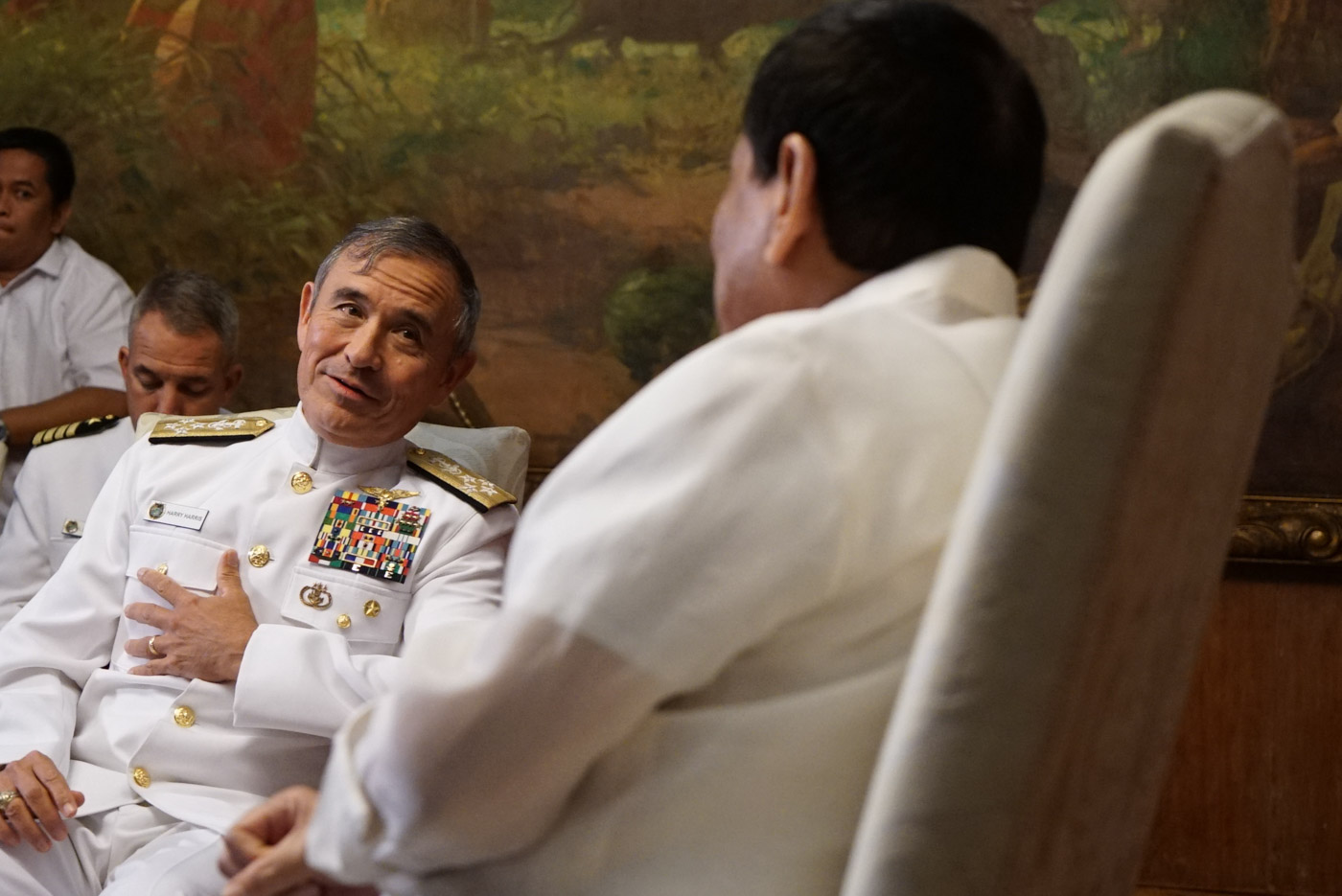 MANILA, Philippines – President Rodrigo Duterte met with the chief of the US Pacific Command (PACOM) on Wednesday, August 23, as Washington seeks better ties with the Duterte administration.

Admiral Harry Harris Jr, commander of the US Pacific Command, held the meeting with Duterte in Malacañang on Wednesday.

From the American side, US Ambassador to the Philippines Sung Kim led other representatives in Wednesday’s meeting.

The meeting comes as Duterte slams the US for supposedly interfering in his war on drugs, while the Philippine leader strengthens ties with China. (READ: Duterte admin ‘independent’ from U.S., ‘bullied’ by China?)

In his meeting with the Chinese company, Duterte said that the Philippines really needs China’s help, as his country faces problems with traffic and lack of viable infrastructure. – Rappler.com