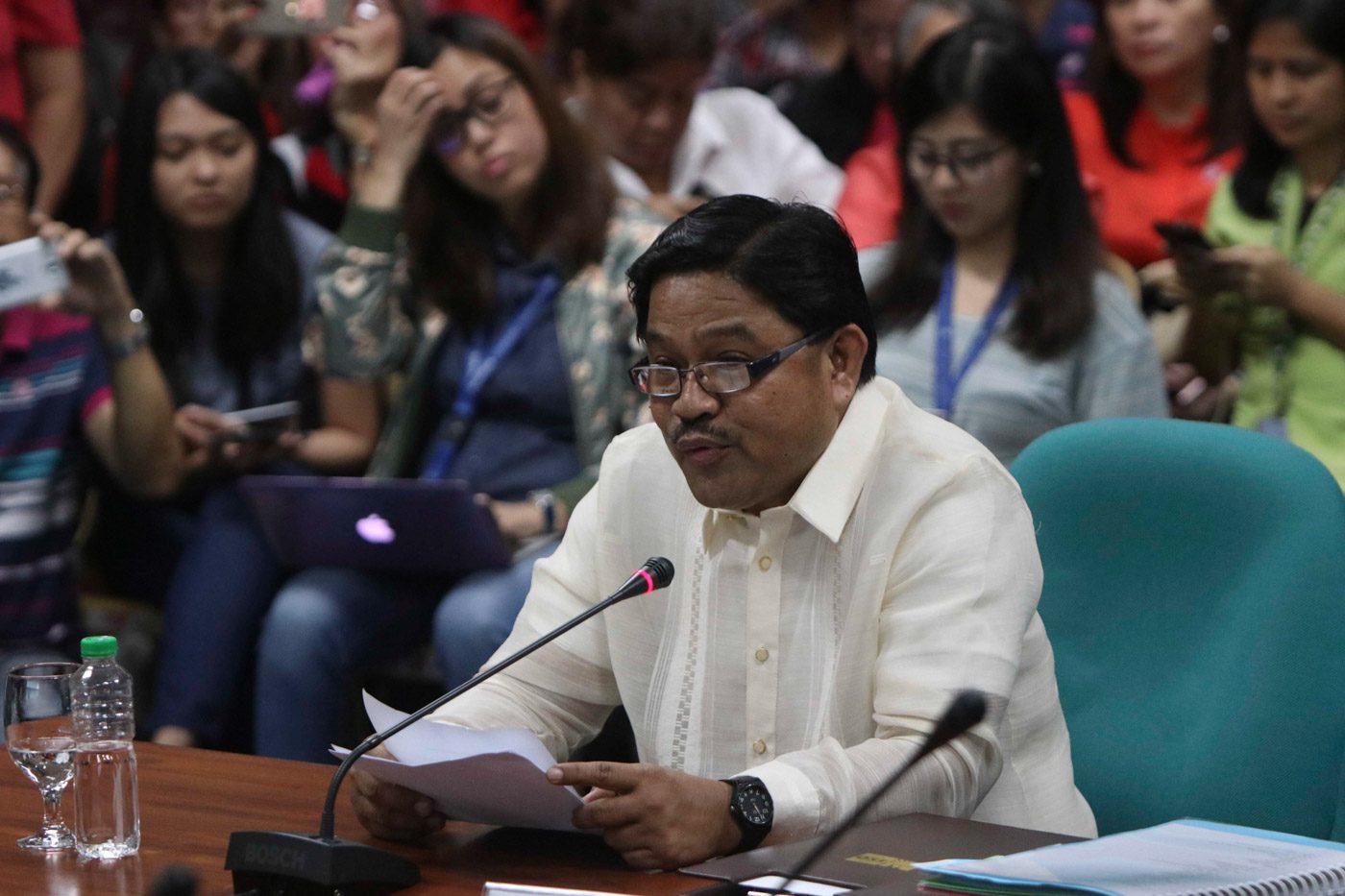 “We will suspend the consideration of the nomination of Secretary Mariano until Tuesday, September 5, 10 am,” said Senator Vicente Sotto III, chairman of the CA committee on agrarian reform.

Below are the 10 oppositors to Mariano’s nomination:

On Wednesday, the Gallegos asserted that Mariano was involved in “inciting and supporting the illegal, armed, forced entry of more than 250 men with bolos, machetes, and samurai swords” in their cattle ranch in Nueva Ecija in October 2016.

Gallego said the key leaders of these men come from 3 main groups, all of which are affiliated with the Kilusang Magbubukid ng Pilipinas (KMP). Mariano was former chairman of the KMP.

The agrarian reform secretary denied he had any personal participation in the incident. He also denied that he issued a letter telling the groups to enter the cattle ranch again.

(On whether my being DAR secretary inspires farmers, I can no longer control their decisions, their aspirations, their initiatives, and I won’t impose on them how they should use that inspiration from my being the secretary of the Department of Agrarian Reform.)

He said the DAR is already looking into the incident.

Mariano, a nominee of the Philippine Left, was reappointed last July, after he was bypassed for the second time by the powerful CA. – Rappler.com