Duterte: Threats to kill can be defended, even in front of Jesus Christ 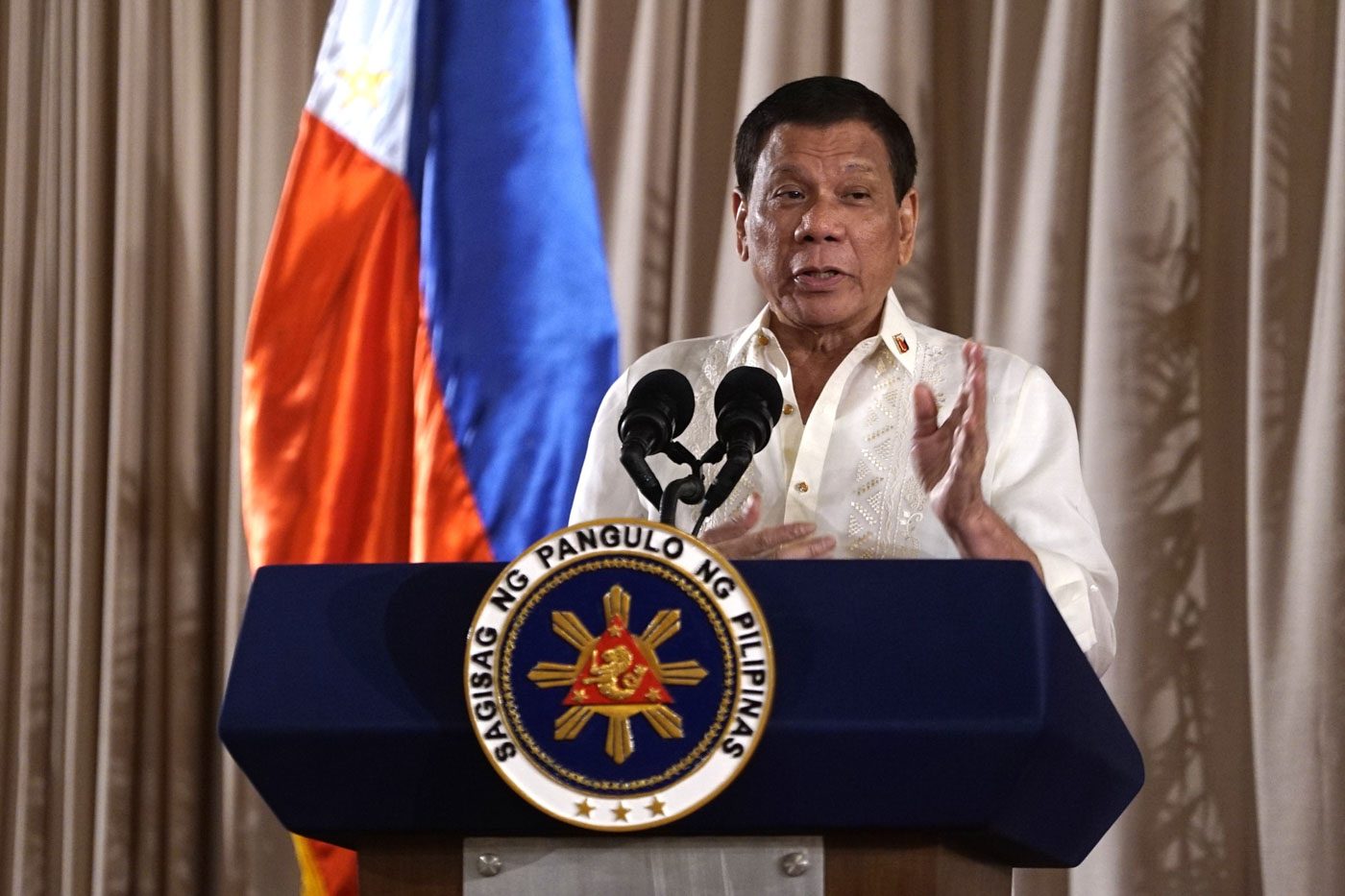 MANILA, Philippines – In the wake of stronger condemnation of his threats to kill, President Rodrigo Duterte said he can defend his threats, even in front of Jesus Christ.

“When I say that ‘I will kill you if you destroy the young of this country,’ nobody can argue with that statement, maski sa harap ni Hesu Kristo (even in front of Jesus Christ),” said Duterte on Wednesday, August 30.

He was speaking to newly-promoted police officers in Malacañang.

The remark is an extension of his more defensive track of messaging related to his controversial drug war.

Duterte himself is a Catholic, though he has denounced the Catholic Church for various wrongs, such as protection given to priests who molest children and lavish lifestyles of some priests.

A majority of the Philippine population are Catholics who subscribe to the belief that life is sacred and killing, a sin. (READ: Duterte’s 1st year an ‘eye opener’ for Catholic Church)

Duterte said he was within his rights as an outraged and frustrated leader to condemn drug trafficking and strike fear in the hearts of drug suspects by threatening them with death.

“That is a very legitimate statement of a leader of a nation,” he said.

The President again blasted critics, including human rights groups, for constantly calling him out for his threats to kill. (READ: Shoot to kill? Duterte’s statements on killing drug users)

“That’s why I cursed them, naming names, idiots, bullshit. They keep on hankering on my statement,” he said.

The critic who angered him most recently was United Nations (UN) special rapporteur on summary executions Agnes Callamard who tweeted of her hopes that Kian delos Santos’ death be the “last” in Duterte’s drug war.

On Wednesday, Duterte again had more insults for the UN official.

(Who are you to say that? That’s why I called her out for her bullshit. Come here. But she doesn’t want to debate. Because if we have a debate, in 5 questions, I’ll make a fool out of that crazy woman.)

Condemnation of the President’s drug war reached a new high after the killing of 17-year-old Kian delos Santos during a police operation in Caloocan City.

Hundreds took to the streets calling for an end to the government’s anti-drug campaign.

Even Duterte, faced with CCTV footage of alleged policemen dragging Delos Santos to the alley where he died, said the cops may have been in the wrong.

The President has promised justice for Delos Santos’ death and toned down his aggressive messaging on the drug war. – Rappler.com