After Duterte speech, Revilla to ask for bail in plunder case 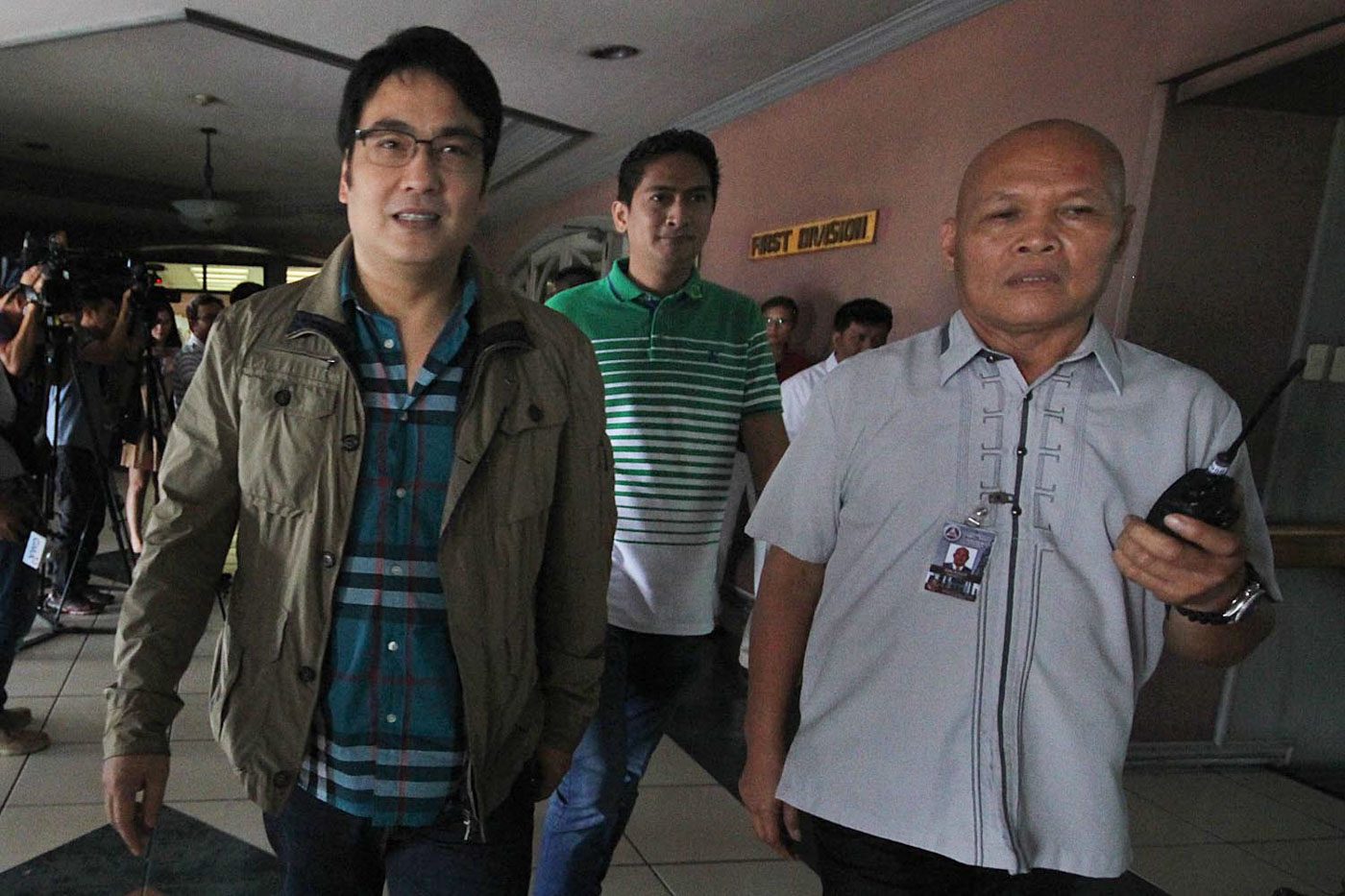 MANILA, Philippines – Two days after President Rodrigo Duterte questioned in a speech the continued detention of former senators for their plunder charges, lawyers of Bong Revilla said on Thursday, August 31, they will move to be granted bail.

“Senator Revilla has been detained; under detention with liberty lost which can never be recovered…he must at least be  entitled to be released on bail,” said Revilla’s lead lawyer Estelito Mendoza after the former senator’s hearing before anti-graft court Sandiganbayan.

Mendoza, a former solicitor general, was the lawyer who successfully petitioned the Supreme Court in 2015 to grant bail to his other client, former senator Juan Ponce Enrile. Enrile’s plunder charge is still at the pre-trial level.

On Tuesday, while Duterte was criticizing Ombudsman Conchita Carpio Morales for alleged selective justice in prosecuting pork barrel scam cases, the President said that Revilla and Jinggoy Estrada must be released on bail like Enrile.

“If you allow a certain person to post bail, there is absolutely no grounds, legal or otherwise, bakit ‘yung iba hindi mo gawin (why don’t you do it for others)?” Duterte said.

(I thank President Duterte, at least he has observed it also. I ask for prayers from my countrymen, at least now there is light.)

Plunder is a non-bailable charge. Enrile was allowed by the SC to post bail on humanitarian considerations and also giving merit to the fact that he’s not flight risk. Dissenter Associate Justice Marvic Leonen criticized the decision of his colleagues and said it was a matter of “political accommodation.”

Revilla hired Mendoza this year when his trial was supposed to start in January, but was deferred to June.

In Revilla’s case, Mendoza appears to use again the same arguments he used for Enrile.

On not being a flight-risk, Mendoza said: “Under the rules, a witness, if given bail, is required to file bail only to assure that he shall appear on the day of the trial…there will be no problem as for senator Revilla.”

On humanitarian considerations, the veteran litigator said: “I think this violation of human right to liberty is being committed within the judiciary itself, and it is the judiciary which must rectify.”

Asked if he’s going to file a motion or a petition, Mendoza said he “will raise this point to the court in the proper time.” It was unclear whether he meant SC or Sandiganbayan, which is into its 3rd month of trying Revilla’s case, the first of the 5 plunder cases related to the scam.

Mendoza also criticized the prosecution for presenting witnesses who, according to him, are incompetent and irrelevant.

Prosecution presented on Thursday more local officials who testified on the fictitious nature of projects supposedly funded by Revilla’s pork barrel and a bank officer who testified on the statement of accounts of Janet Lim Napoles’ non-government organization or NGO. (READ: Bong Revilla in plunder trial: ‘I will be free soon’)

“He’s under detention waiting for every Thursday of the week for a trial which takes place for a few minutes. So under our constitution and any civilized law, no person shall be detained unless he is convicted beyond reasonable doubt,” Mendoza said.

Mendoza said Revilla’s 4-year detention has “seized to be preventive.”

Preventive detention means, in simple terms, locking up the accused to ensure he does not commit the same crime.

Revilla said he intends to go back to show business if he is set free.

(I miss show business, I want to go back to being an actor.  As for public service, it can be done even outside of politics.) – Rappler.com