Ex-PDEA agent arrested for selling P1.5-M worth of shabu in Tacloban 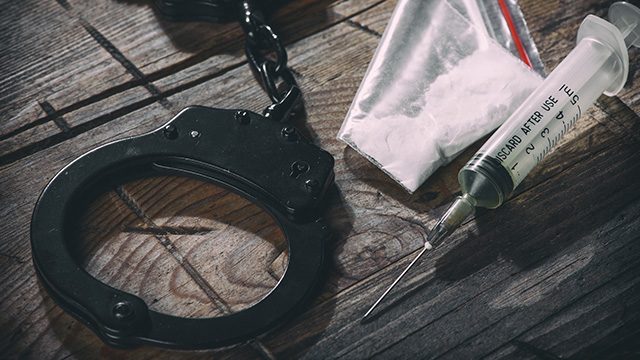 TACLOBAN CITY, Philippines – At least P1.5 million worth of shabu was seized by joint operatives of the Philippine Drug Enforcement Agency (PDEA), Tacloban City Police, and the Military Intelligence Group from a former PDEA employee who was nabbed in the act of selling shabu to an undercover cop.

Katangkatang, a resident of Barangay San Roque, Jaro, Leyte, sold a sachet of suspected shabu to an undercover police officer in Barangay 33 on Tuesday  night, August 29.

One sachet of heat-sealed transparent plastic with suspected shabu was seized during the operation, while there were 6 pieces seized overall. The sachet, containing suspected shabu, weighed approximately 300 grams and had an estimated market value of P1.5 million pesos.

The suspect was temporarily detained at the Tacloban City Police Office lock-up facility while waiting for his commitment order.

“I issued a special order last February 2017 confirming Katangkatang’s dropping from the rolls of PDEA. He was dropped from the rolls for failing to notify our office about his inability to report for work,” he added.

Katangkatang had not been reporting for duty since 2016.

Meanwhile, statistics from PDEA showed that from the 4,390 barangays in Eastern Visayas, 28% or 1,219 barangays were affected by the illegal drug trade, while 72% of its barangays, or 3,171 barangays, were unaffected.

PDEA reports showed sources of illegal drugs in the region come from Cebu, Luzon, and Mindanao.

Drug trafficking route showed drugs were shipped to Eastern Visayas through the ports of Matnog in Sorsogon, Allen and San Isidro in Northern Samar, San Ricardo and Liloan in Southern Leyte, and Ormoc City and other small public and private ports throughout the region. – Rappler.com