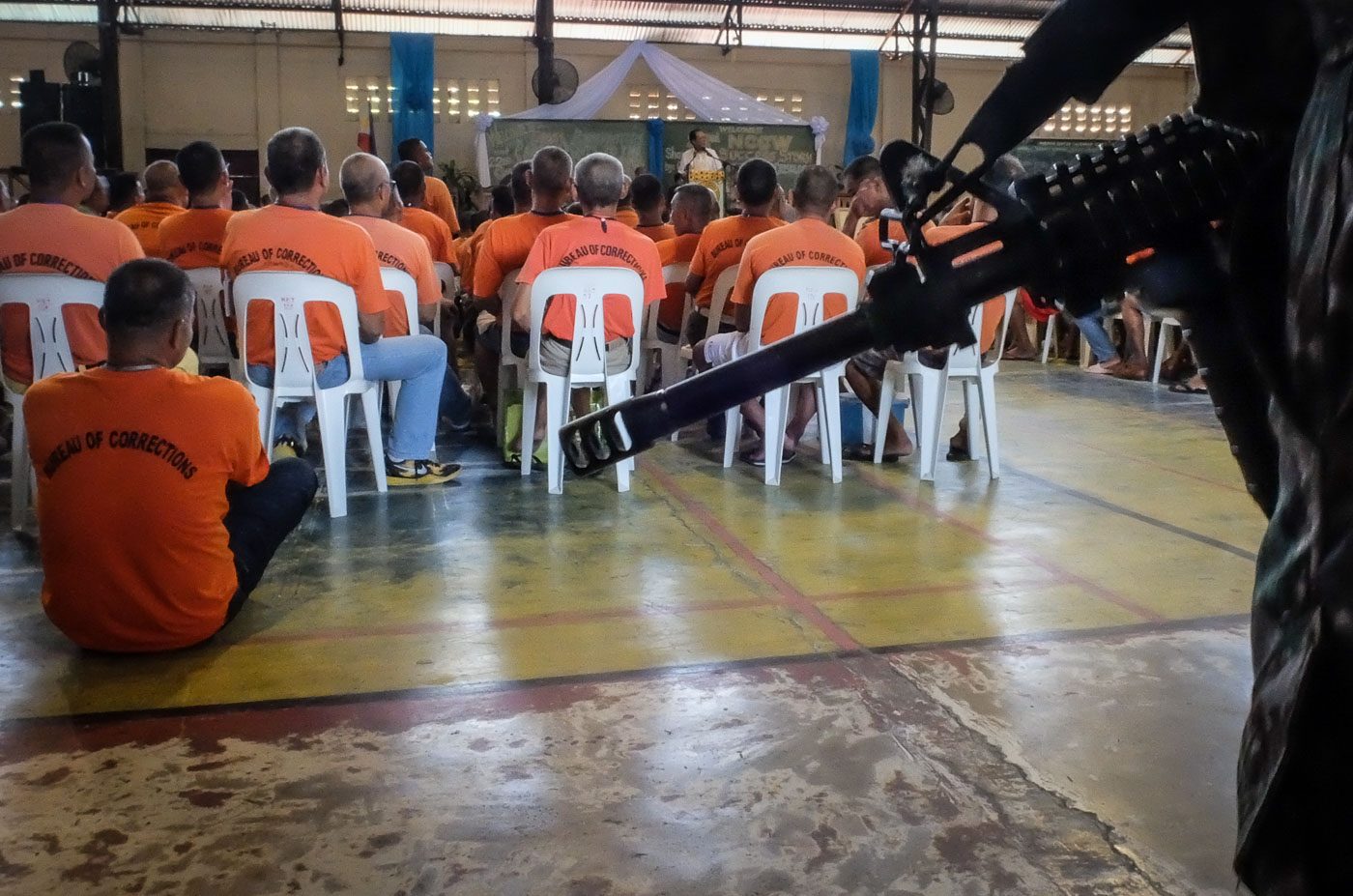 According to Aguirre, what Duterte is inclined to do now is build a ‘medium-sized’ facility in Nueva Ecija and infuse P2 billion each to the budget of the 7 regional prison facilities nationwide.

“In my talk with the President, parang gusto niyang i-scuttle yung project. Parang ang gusto ng Pangulo this be regionalized, kasi instead of spending 150 billion, if we allocate 2 billion each sa ating pito… Dapecol, Mindoro, Palawan, Davao, tig-2 billion,” Aguirre said during the hearing at the House of Representatives on the 2018 proposed project of the Department of Justice (DOJ). Bureau of Corrections (BuCor) is under the DOJ.

The regional prisons are:

Aguirre said the plan was yet to be formalized. He said Duterte was concerned with inmates’ families having to travel to Nueva Ecija for visits.

“Marami kasi ang nagsasabi pag dyan tayo naglagay ng ganung kalaking facility sa Nueva Ecija (Many are saying if you put the mega facility in Nueva Ecija), this will be inconvenient to families residing in Visayas and Mindanao,” he said.

With Duterte’s new pitch, Aguirre said they are looking at spending only P20 billion in total, instead of the P150 billion overall budget for the mega Nueva Ecija facility.

The government had earmarked P50 billion for the initial funding, but would reach P150 billion in the next 20 years, he said.

The plan was to transfer around 21,000 inmates from Bilibid in Muntinlupa and 2,000 from Correctional in Mandaluyong.

Aguirre had earlier said this project was a definite go, saying it had the support of Duterte. In November 2016, however, the DOJ postponed the scheduled bidding and rescheduled it to April this year.

“This has been bidded out already, 3 firms submitted a bid but after discussing this with the members of the cabinet and the President,” he said during the House hearing on August 23.

Appropriatiatons committee vice chairperson Representative Doy Leachon then asked him where they will source the funding.

Aguirre then explained: “‘Yun nga po ang naging problema. Saan tayo kukuha niyan sabi ni (Finance) Secretary Sonny Dominguez ng 50 billion for this. It was supposed to be bidded and 3 firms expressed interest in this. But I think there is a change of plan on the part of the President although this has not been formalized.”

(That became our problem. Finance Secretary Sonny Domnguez asked where are we going to get P50 billion for this.)

Leachon said that fixing the facilities of Philippine prisons would greatly address the problem of drug trading inside jails. The lawmaker, however, was also apprehensive on spending P150 billion for the proposed mega facility, saying the money will be better spent on funding Duterte’s Free Tuition Law.

Philippine prisons are the 4th most overcrowded in the world according to  London-based International Centre for Prison Studies (ICPS). ICPS recorded that in 2012, there were 106,323 prisoners nationwide, the highest in their 12-year review period.

Bilibid only has a maximum capacity of 8,508.

Aguirre said that there is already an earmarked P180 million consultancy budget for the Nueva Ecija project, with an additional P20 million for legal purposes or for the right of way issues.

Leachon raised his concerns with spending a combined P200 million for the drawing up stage of the plan. House committee on appropriations has asked Aguirre to submit a more specific proposal before their budget moves to plenary debates. – Rappler.com