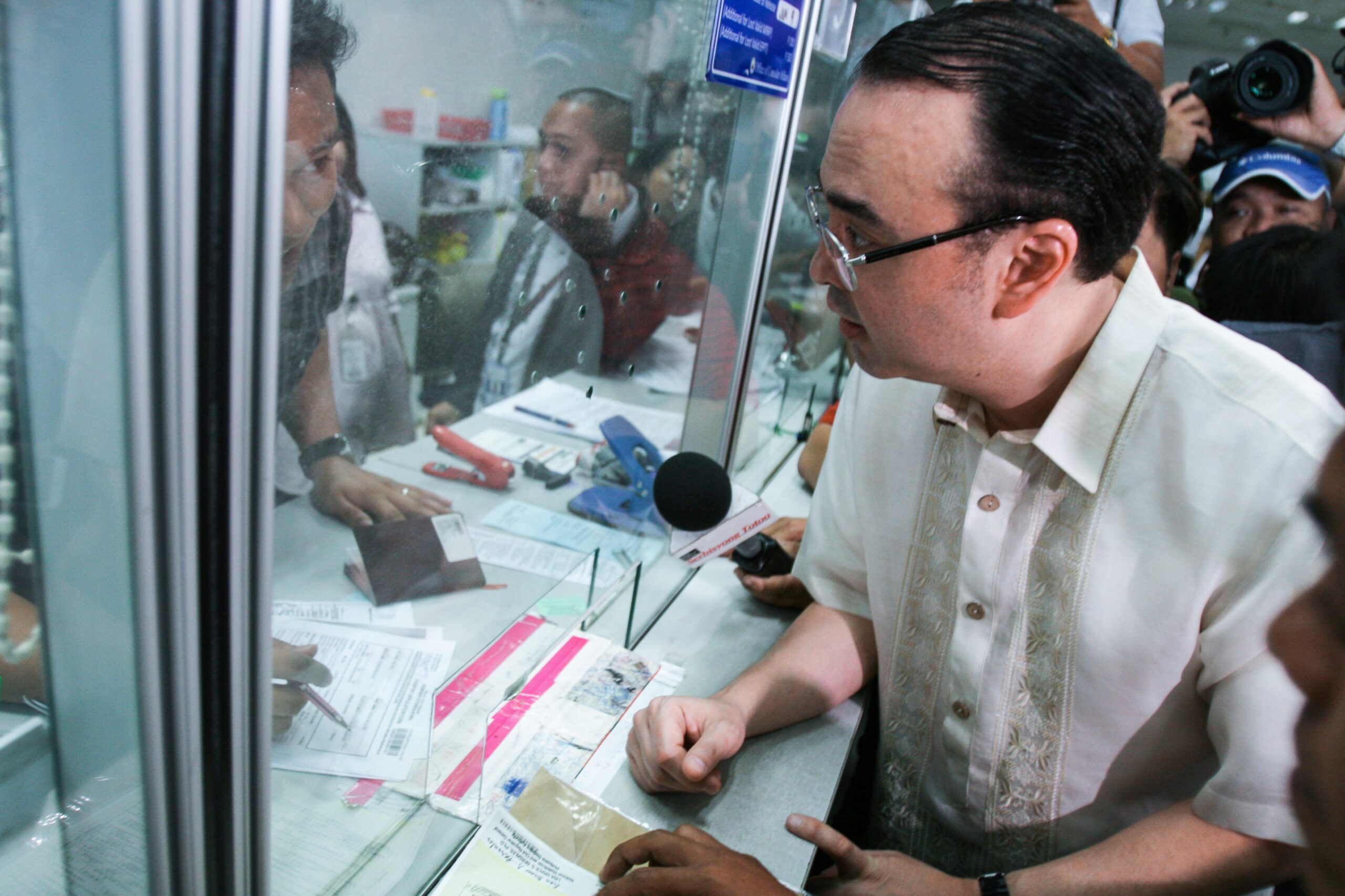 Facebook Twitter Copy URL
Copied
The Department of Foreign Affairs also removes the 1,200 slots a day that used to be reserved for travel agencies

MANILA, Philippines – The Department of Foreign Affairs (DFA) reiterated on Monday, September 4, that it had opened more slots to passport applicants, including the use of the courtesy lane by Filipinos working abroad for the first time.

The DFA reminded the public that, since August 1, it had removed the 1,200 slots a day that used to be reserved for travel agencies. Clients of travel agencies will now undergo the same process as all others when applying for or renewing passports, said Ricarte Abejuela III, acting director of the Passport Division of the Office of Consular Affairs.

The reserved slots, which those paying the agencies enjoyed, meant members of the public who were trying to get appointments with the consular offices through the agency’s website had to wait for months to get their chance.

The department has also restricted the relatives of DFA employees who can be accommodated at the fast lanes.

This is to open up slots for first-time overseas Filipino workers, who used to compete with all types of applicants when applying for slots online. Before this, only returning OFWs were accommodated on the courtesy lanes.

“We want to give back the appointment slots to the Filipino public,” Abejuela said in a media release on Monday.

The new system allows “only immediate family members” of DFA employees to access the express lane. They include parents, spouses, children, siblings, grandparents, grandchildren, and parents-in-law.

“We really want to give back the courtesy lane to those who are entitled to it. These are the senior citizens, persons with disabilities, pregnant, solo parents, children 7 years old and below, and overseas Filipino workers,” Abujuela said.

“Our policy now is that no OFW should be left without a job just because he couldn’t get a passport,” he added.

Thousands more of passport appointment slots have become available after the DFA increased the quotas for consular offices, and purged its system of “bogus appointments created by unscrupulous individuals.”

For September, 86,889 have been added to the available appointment slots.