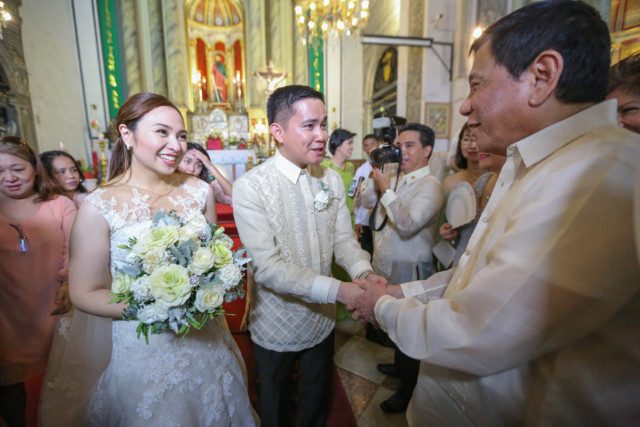 MANILA, Philippines – President Rodrigo Duterte has appointed the brother of his son-in-law as an assistant secretary of the Department of Agriculture.

The appointment paper of Waldo Reyes Carpio, signed by the President on September 4, was released to the media  on Wednesday, September 6.

Carpio is the brother of Manases Carpio, the husband of Davao City Mayor Sara Duterte Carpio.

The President stood as primary sponsor at the wedding of Waldo Carpio and Regine Carpio in September last year.

Given Carpio’s close ties to Duterte’s family, is the appointment unconstitutional?

According to the 1987 Constitution, spouse and relatives by consanguinity or affinity “within the 4th civil degree of the President shall not during his tenure be appointed as members of the Constitutional Commissions, or the Office of the Ombudsman, or as Secretaries, Undersecretaries, chairmen or heads of bureaus or offices, including government-owned or -controlled corporations and their subsidiaries.”

Carpio, however, is an assistant secretary. It is not yet clear if he will be heading an office or bureau in the DA.