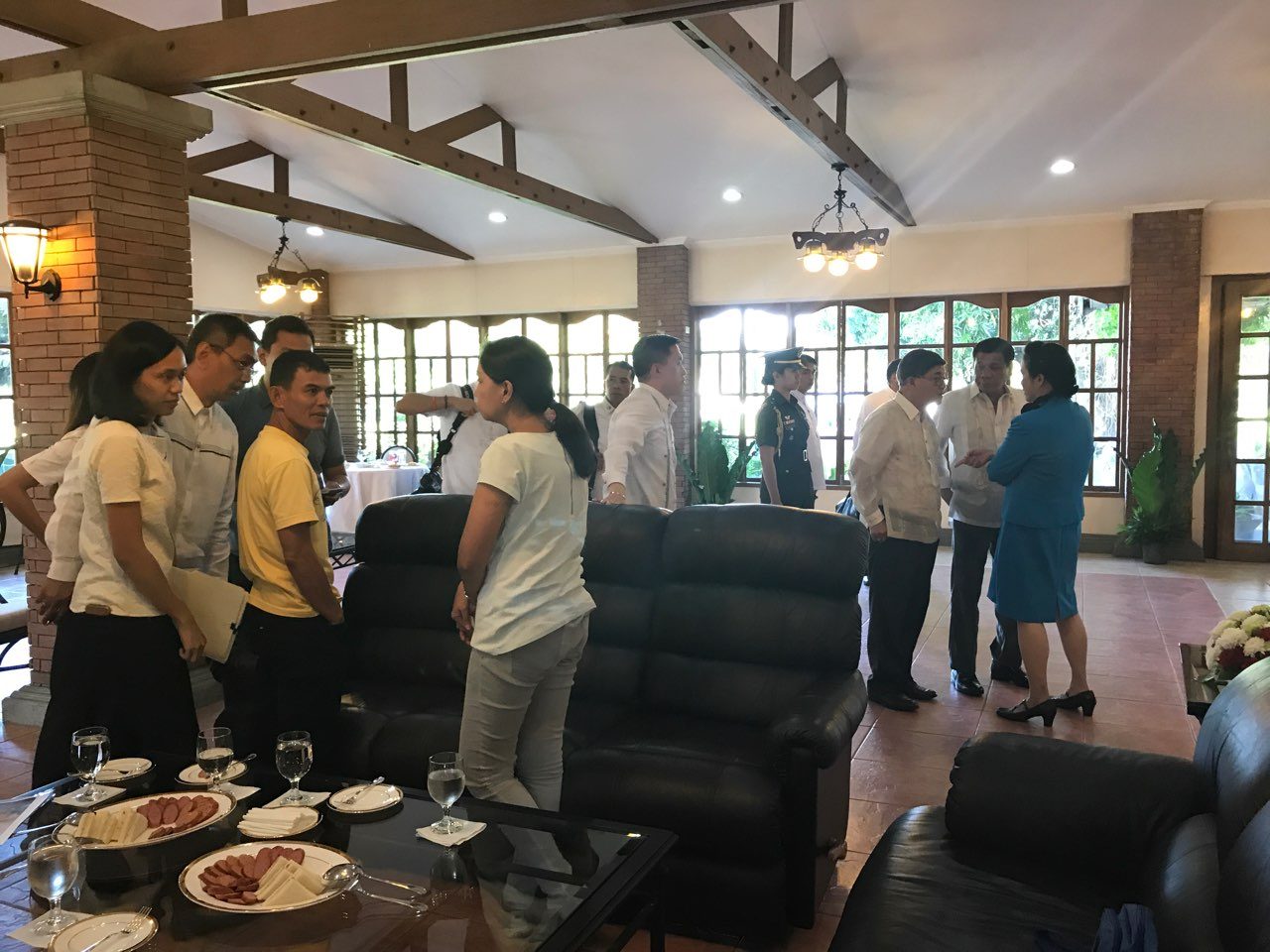 The meeting was held at the clubhouse Malacañang Golf Clubhouse past 3 pm before the President proceeded to the 60th anniversary event of the Social Security System or SSS. (READ: Duterte says he won’t condone killing of young Filipinos)

“(President Duterte) assured the parents that the investigation to be conducted by the National Bureau of Investigation (NBI) under Department of Justice (DOJ) will be fair and impartial,” Justice Secretary Vitaliano Aguirre II said. (READ: Carl Arnaiz: Smart, skilled, every parent’s dream)

Aguirre added that Duterte order the NBI to “take over the investigation” of the case. Aguirre did not answer questions of whether the Philippine National Police will also look into to the killing of Arnaiz.

Meanwhile, Reynaldo de Guzman, the 14-year-old who has been missing the past two weeks and was last seen with Arnaiz on the night of August 18, was found dead Gapan City in Nueva Ecija on Tuesday, September 5. Police said De Guzman had 30 stab wounds.

PAO’s autopsy showed Arnaiz was handcuffed, beaten up and dragged before being shot 5 times. The PAO findings contradicted the Caloocan police’s spot report that Arnaiz had engaged them in a shootout.

Cops said Arnaiz used a gun to rob a taxi driver on August 18. It was the driver, the police said, who led them to Arnaiz along C-3 road in Caloocan.

Driver Tomas Bagcal also executed two affidavits which were found questionable by Senators who launched an inquiry into the recent spate of killings.

In his first affidavit, Bagcal said that he did not remember who held him up. In his second statement, he now described in detail who the robber was.

The killing of Arnaiz and De Guzman followed the death of fellow teenager Kian delos Santos.

Delos Santos was shot and killed on August 16 by Caloocan police who were conducting an anti-drug raid. – Rappler.com