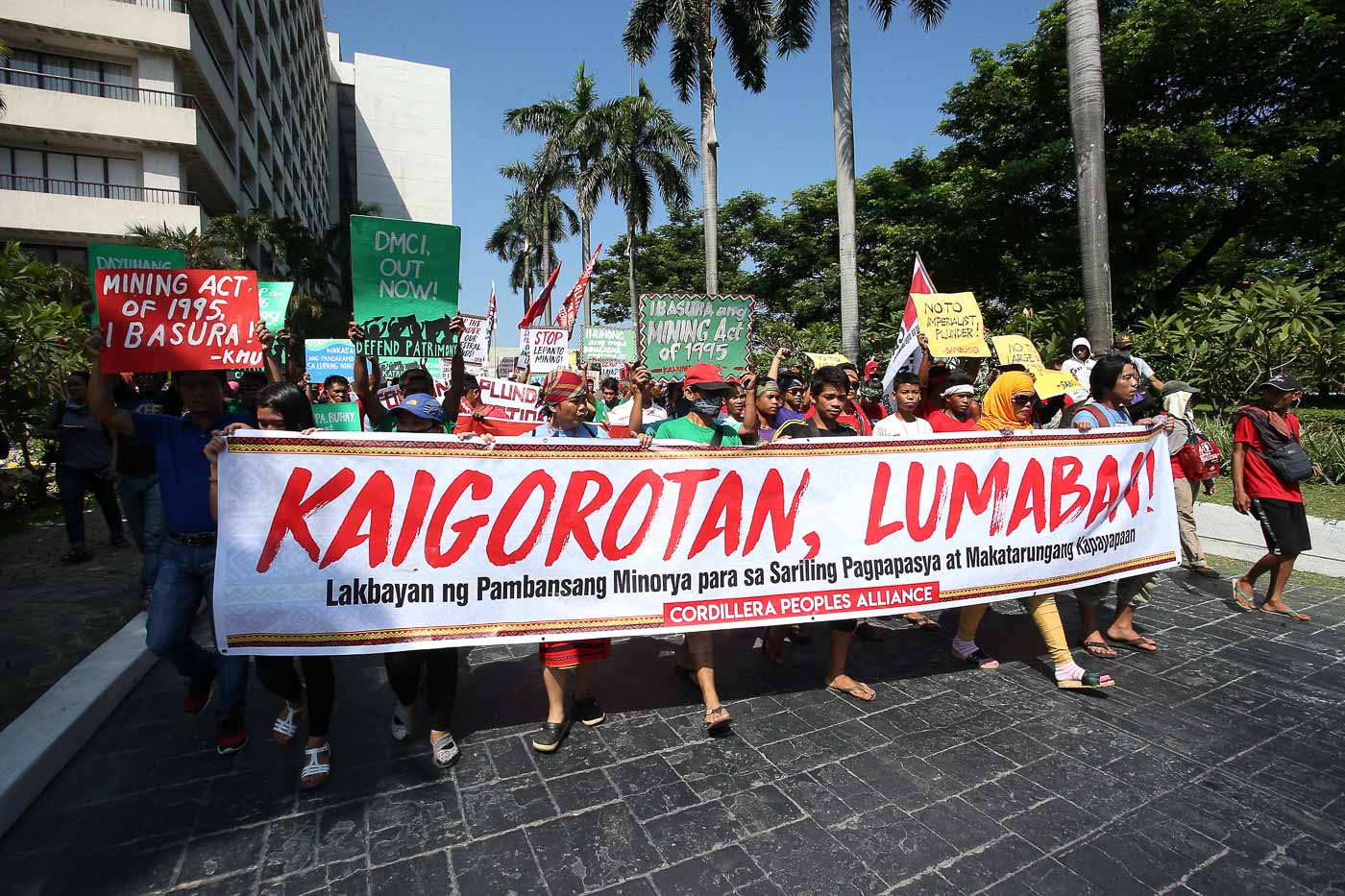 MANILA, Philippines – Indigenous peoples and environmental advocates held a protest outside the venue of the International Mining Conference of the Chamber of Mines of the Philippines (COMP) on Wednesday, September 6.

Around 300 protesters led by Sandugo, a national alliance of Moro and indigenous peoples, and environmental group Kalikasan People’s Network for the Environment trooped to the Sofitel Philippine Plaza Manila in Pasay City.

The environment department’s Mines and Geosciences Bureau (MGB) had said on August 29 that it was recommending the lifting of the ban on open-pit mining. The ban had been announced by former environment secretary Gina Lopez on April 27, almost a week before she was rejected by the powerful Commission on Appointments on May 3.

All photos below by Angie de Silva/Rappler 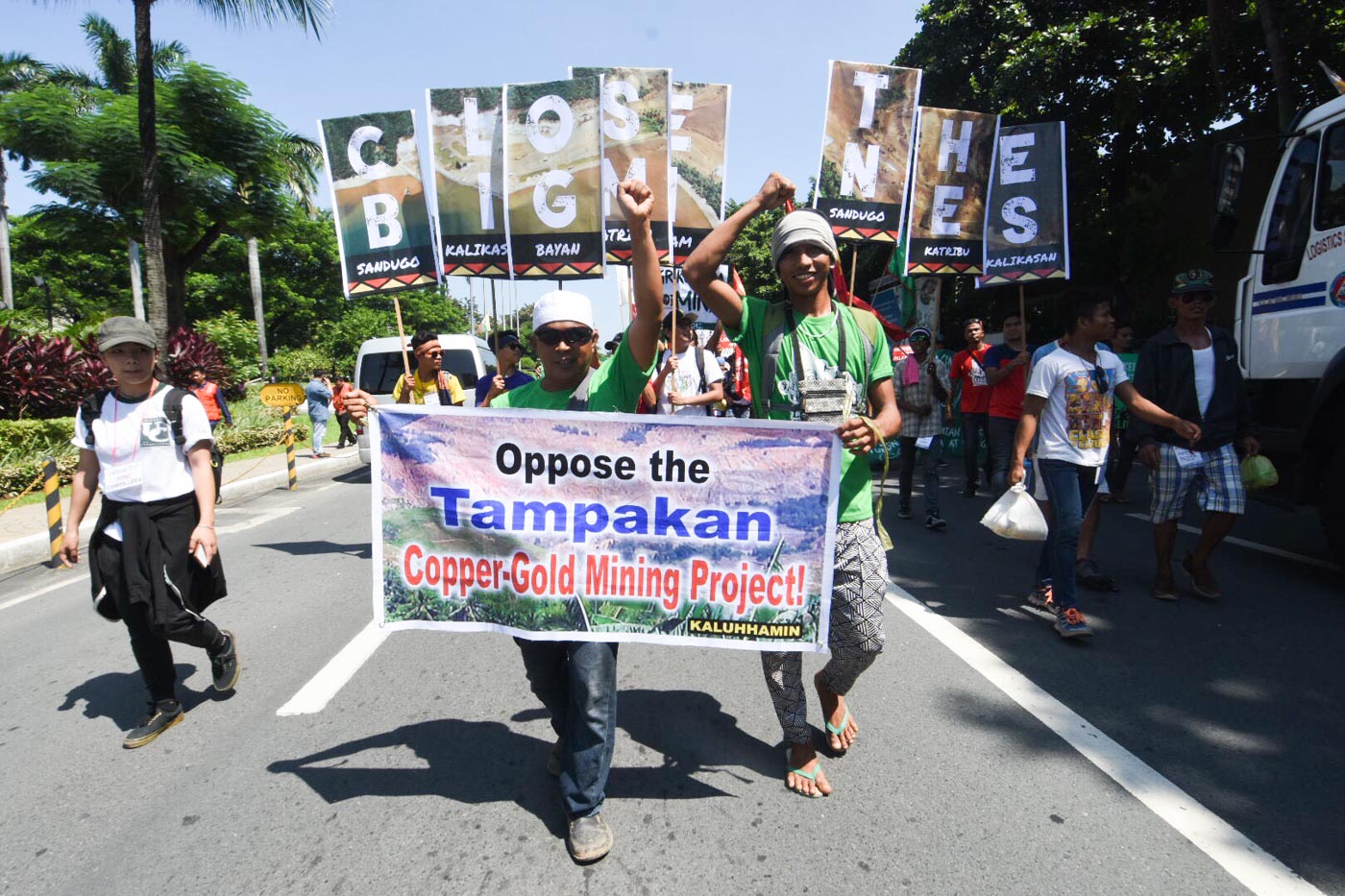 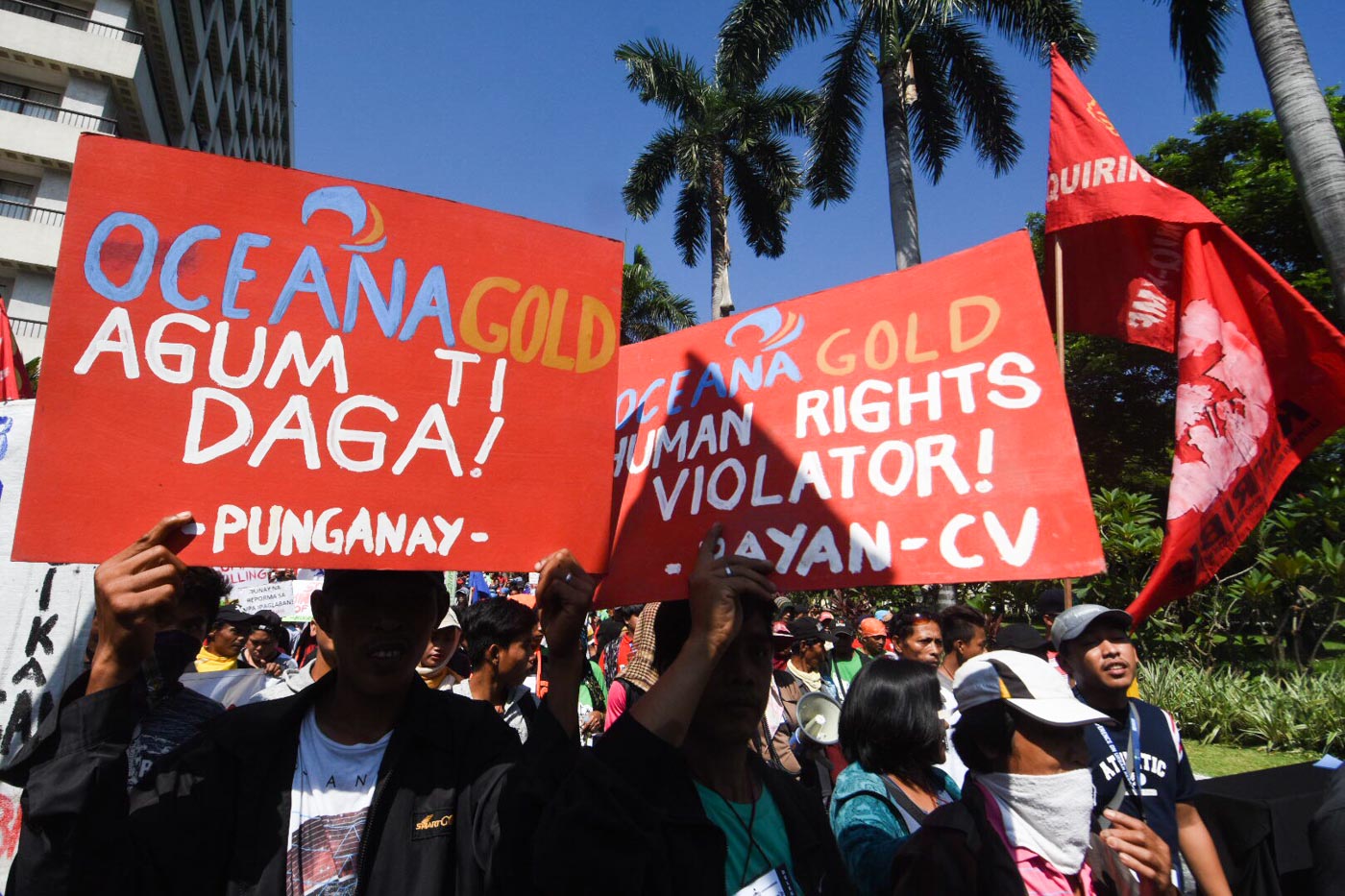 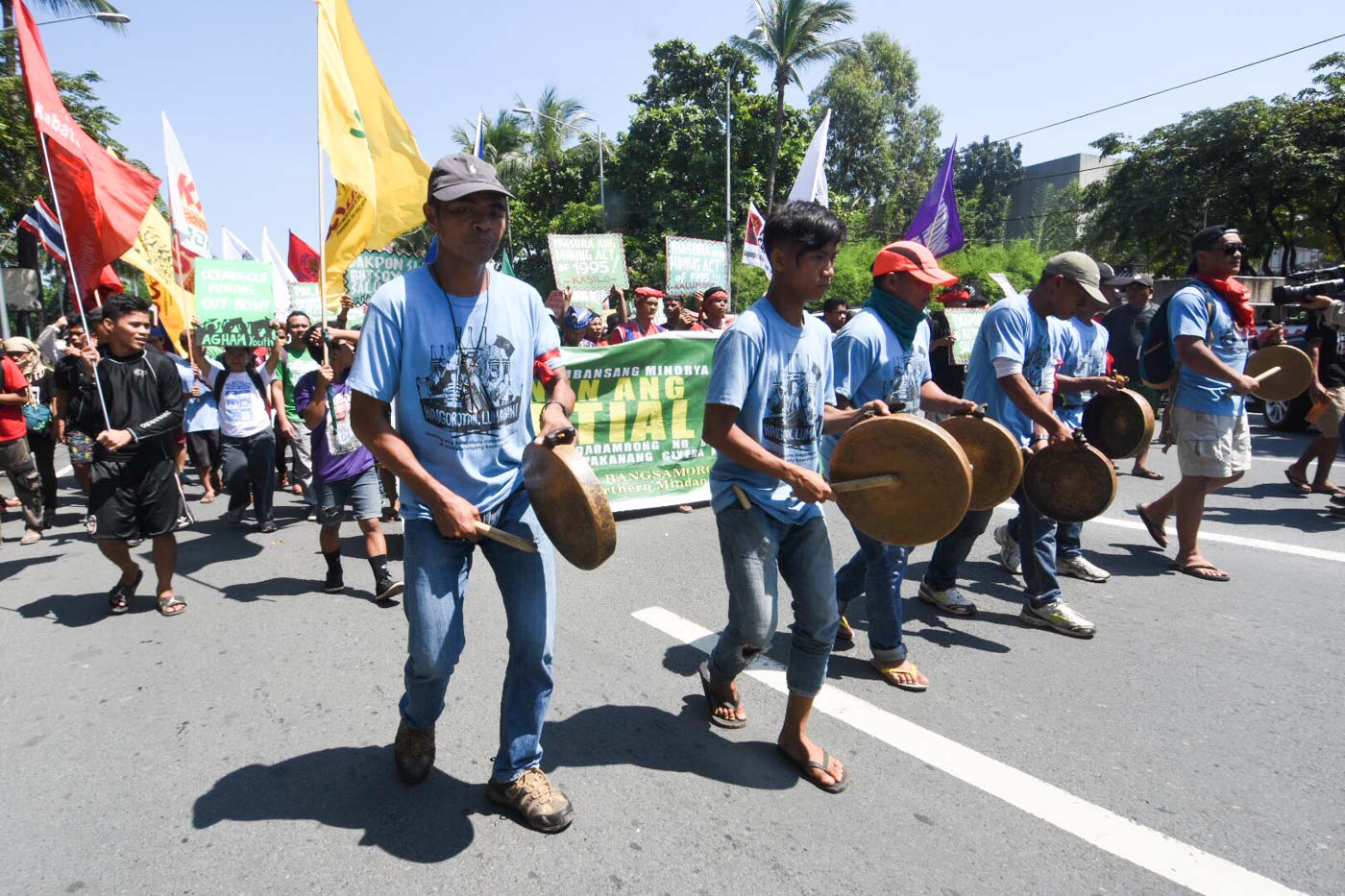 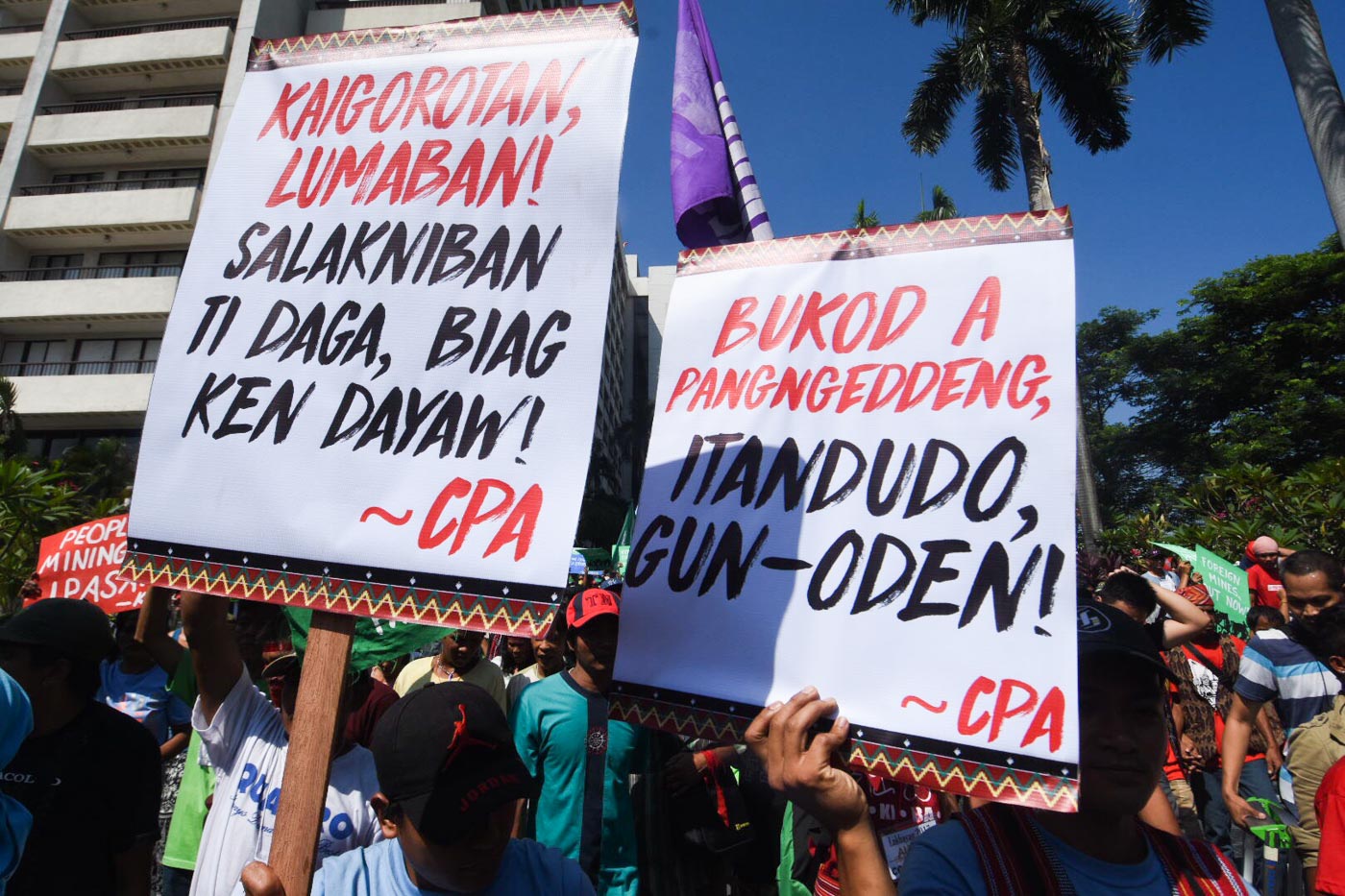 Sofitel security personnel barricaded the main entrance to prevent protesters from entering the conference venue, but some activists in business attire got past security, enabling them to lay out placards denouncing the annual event.

Police were stationed outside the hotel to ensure order while other protesters, including indigenous peoples in ethnic clothing, continued their protest, chanting, “Stop the plunder of our ancestral lands!” and “No to large-scale mining!”

Sofitel enforced a lockdown for at least an hour.

After a short program by the protesters at the lobby, they marched and continued along the road fronting the hotel. They burned a mural depicting various mining companies with Environment Secretary Roy Cimatu and President Rodrigo Duterte. (READ: Duterte backs open-pit mining ban but wants ‘elbow room’ for miners) 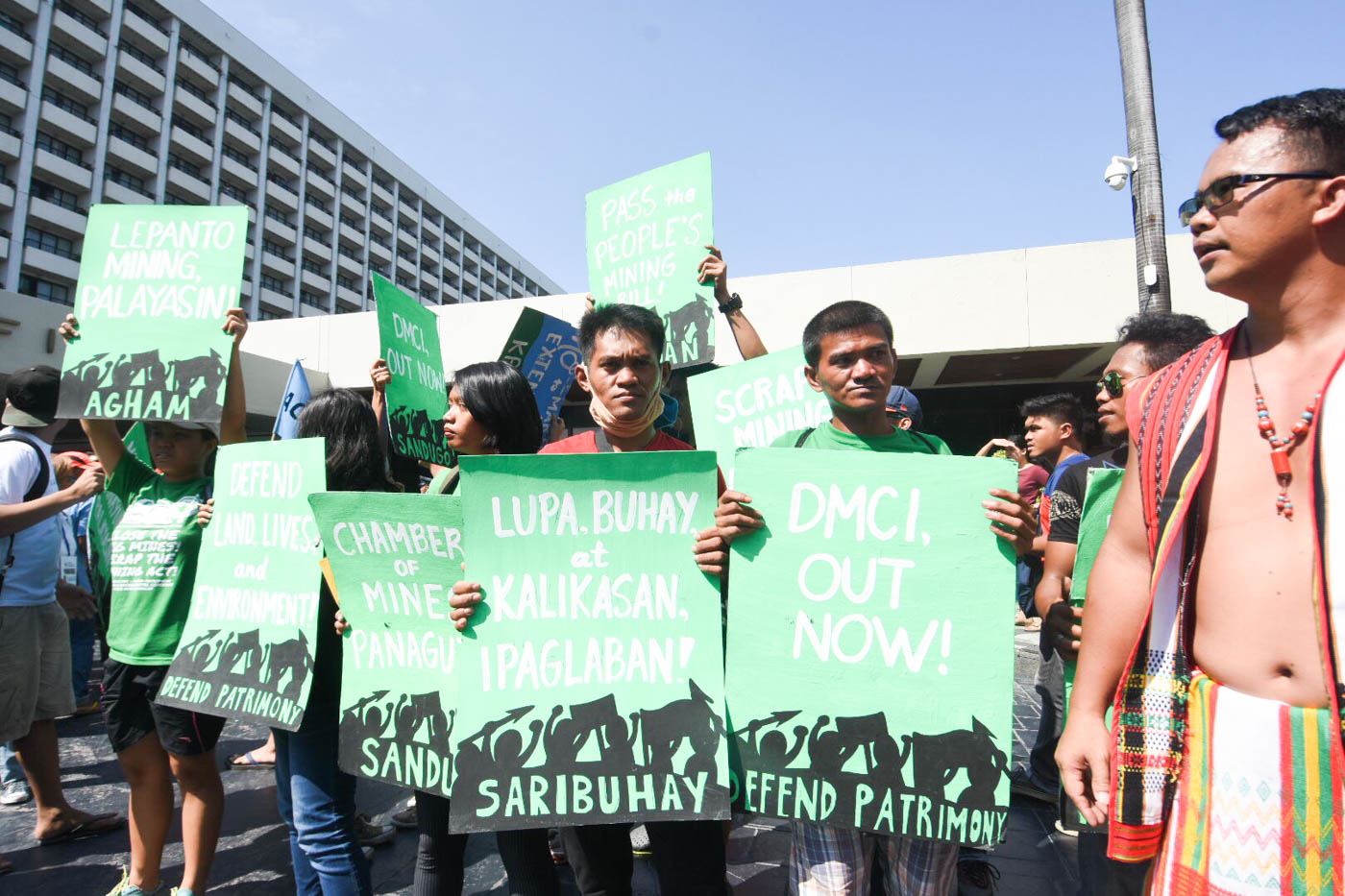 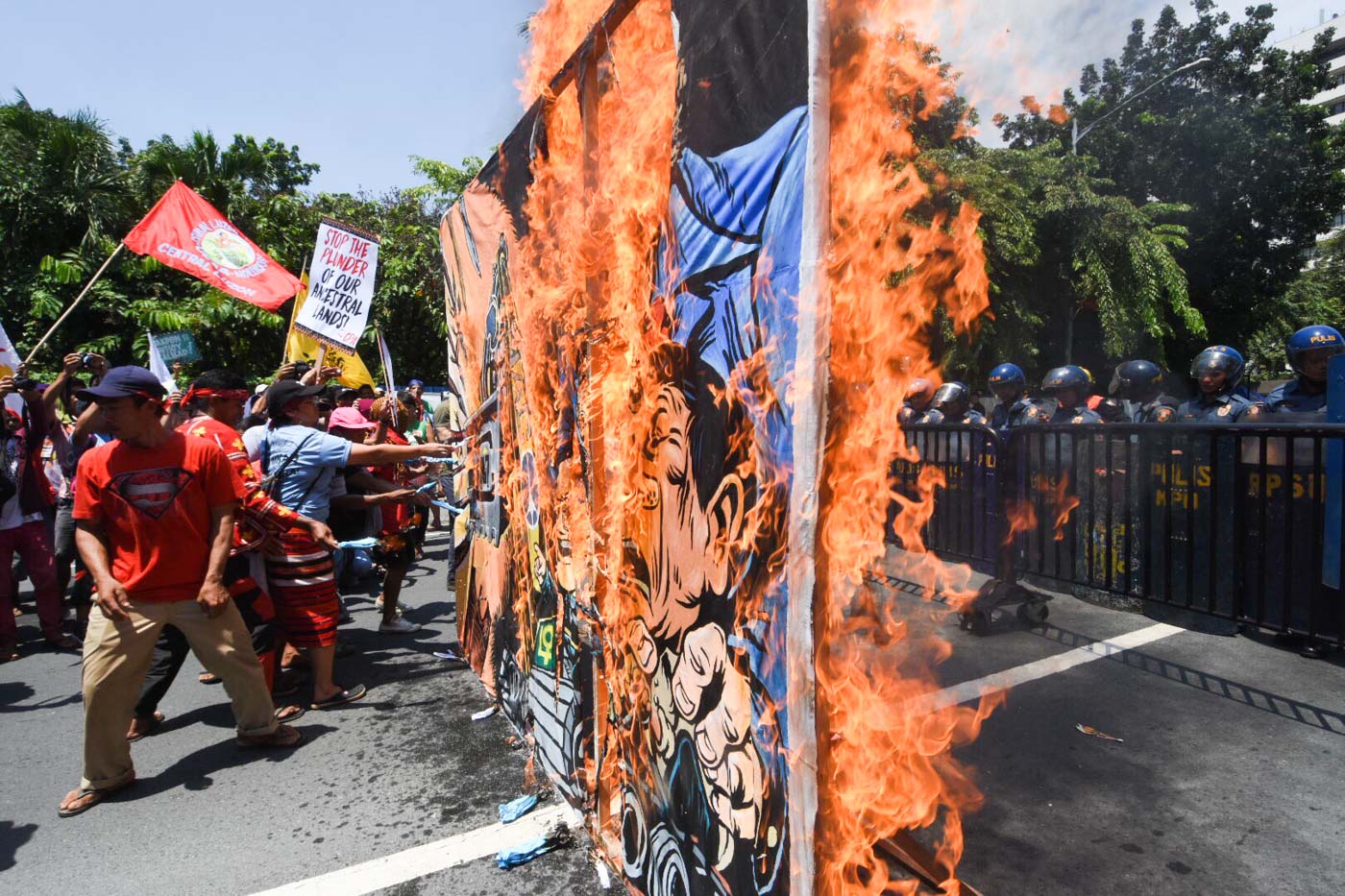 – with reports from Ben Nabong / Rappler.com