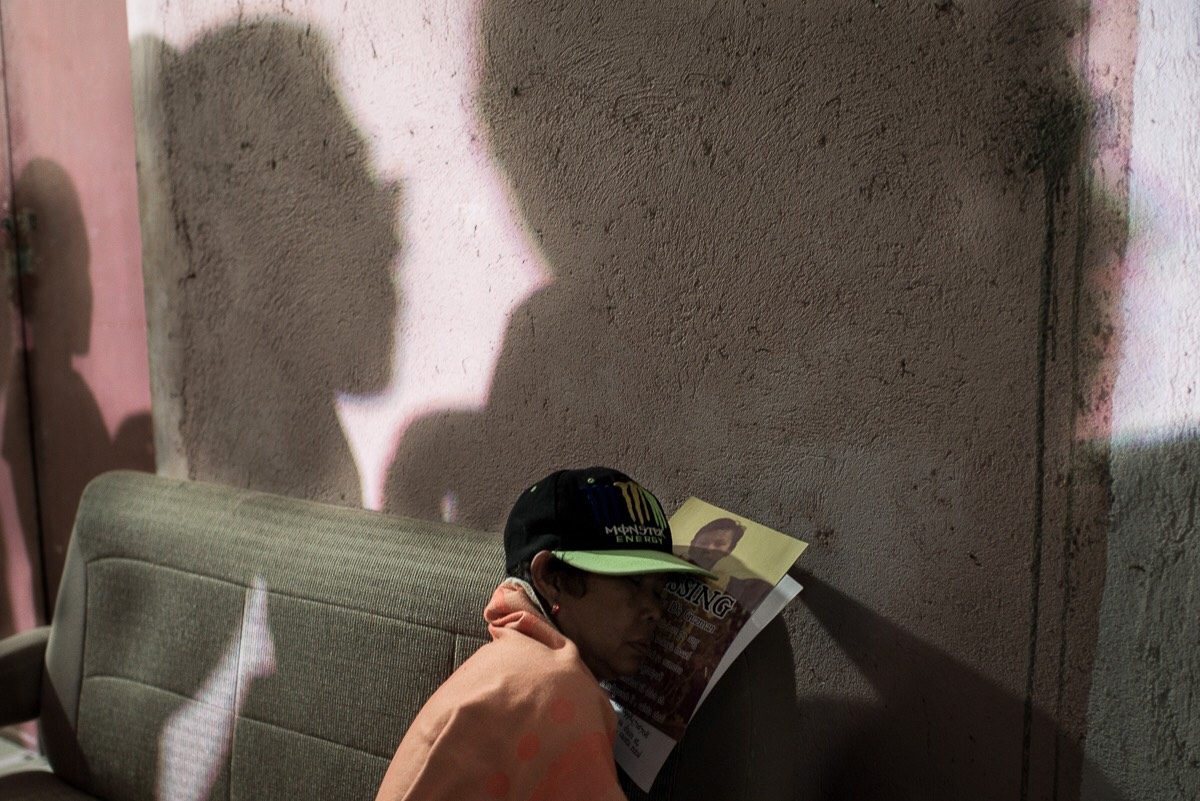 Facebook Twitter Copy URL
Copied
(UPDATED) This conclusion is based on a DNA test. Police say, however, that De Guzman's parents should clarify if he had been adopted.

MANILA, Philippines (3rd UPDATE) – The Philippine National Police (PNP) on Monday, September 11, raised doubts on whether the boy stabbed almost 30 times then thrown into a creek in Gapan, Nueva Ecija, was not Reynaldo “Kulot” de Guzman, the boy last seen with another slain teenager, Carl Arnaiz.

In a press briefing, PNP Deputy Director General Fernando Mendez said they performed a test to compare the DNA of the child with Lina and Eddie Gabriel, the parents who positively identified the 14-year-old as Reynaldo de Guzman. The test yielded a negative result.

The Gabriels have been looking for their child for almost 3 weeks after he was last seen with Arnaiz, who was shot dead by Caloocan City police after he allegedly robbed a taxi driver. (READ: Parents of slain teen Reynaldo de Guzman have no more tears)

According to Mendez, the couple may have misidentified the body as it was already “bloated” when it was fished from the creek, thus “the features already changed.”

Reached for clarification, PNP DNA Laboratory chief Chief Inspector Lorna Santos said it was solely through the paternity test that they came to the conclusion that the child could not be the boy called “Kulot.”

Santos pointed out, however, that it’s possible the boy found in Nueva Ecija was indeed De Guzman, but that he was an adopted child, thus his DNA did not match that of the Gabriels’

Police said they are not in the position to speculate about the child’s relationship with his parents. As far as they know, the Gabriels claimed they were the missing child’s biological parents.

(That is based on the principle that the child should be accounted for through the DNA profiles from the mother and the father.)

The boy was found in Nueva Ecija with his head covered by packaging tape and his body bearing at least 30 stab wounds. When the tape was removed, the face was that of the boy in the “missing” posters distributed by the Gabriels since their son went missing.

Mendez said they also do not know the identity of the body found in Nueva Ecija, and would look for a boy the same age missing in other places.

Asked where they think the “real” Reynaldo de Guzman is, Mendez said they still have no leads on the whereabouts of the child.

“Ang DNA reliable ‘yan kung ‘yung specimen ay safe specimen. Kapag ho nag-mishandling puwedeng hindi tumatama ang findings,” Acosta said. (The DNA is reliable only if the specimen is safe. If there was a mishandling, the results can be inaccurate.)

Acosta said that, based on the clothes the boy was last seen wearing, a comparative analysis of facial features and body markings, the Gabriel couple positively identified the dead boy as their son. – Rappler.com