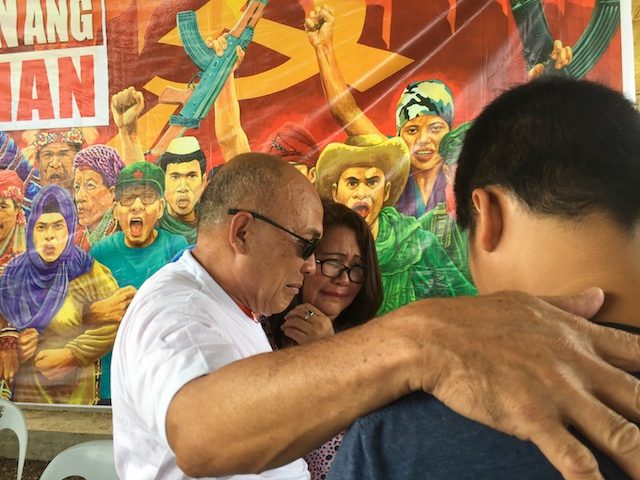 Rupinta was finally reunited with his wife, a public school teacher, and only son  after he was taken by the NPA’s Pulang Bagani Company and the Guerilla Front 18 took  Rupinta on June 9 in Lupon, Davao Oriental.

He was placed under investigation “for the anti-people activities of his police unit in Lupon,” according to communist rebels.

His family had worried about his health since his abduction, as the 52-year-old Rupinta was taking maintenance medicine. He had an enlarged heart and arthritis.

Rupinta’s family wants him to consider early retirement, after serving the police force for 28 years.

Rupinta will undergo government debriefing before he rejoins his family in Davao Oriental.

In July, the NPA released a video that showed Rupinta appealing to President Rodrigo Duterte to resume peace negotiations with the National Democratic Front (NDF).

The NPA in Mindanao released the cop a day after the Communist Party of the Philippines (CPP) vowed to increased NPA attacks to “derail”  Duterte’s bid to become a “fascist dictator.” – Rappler.com