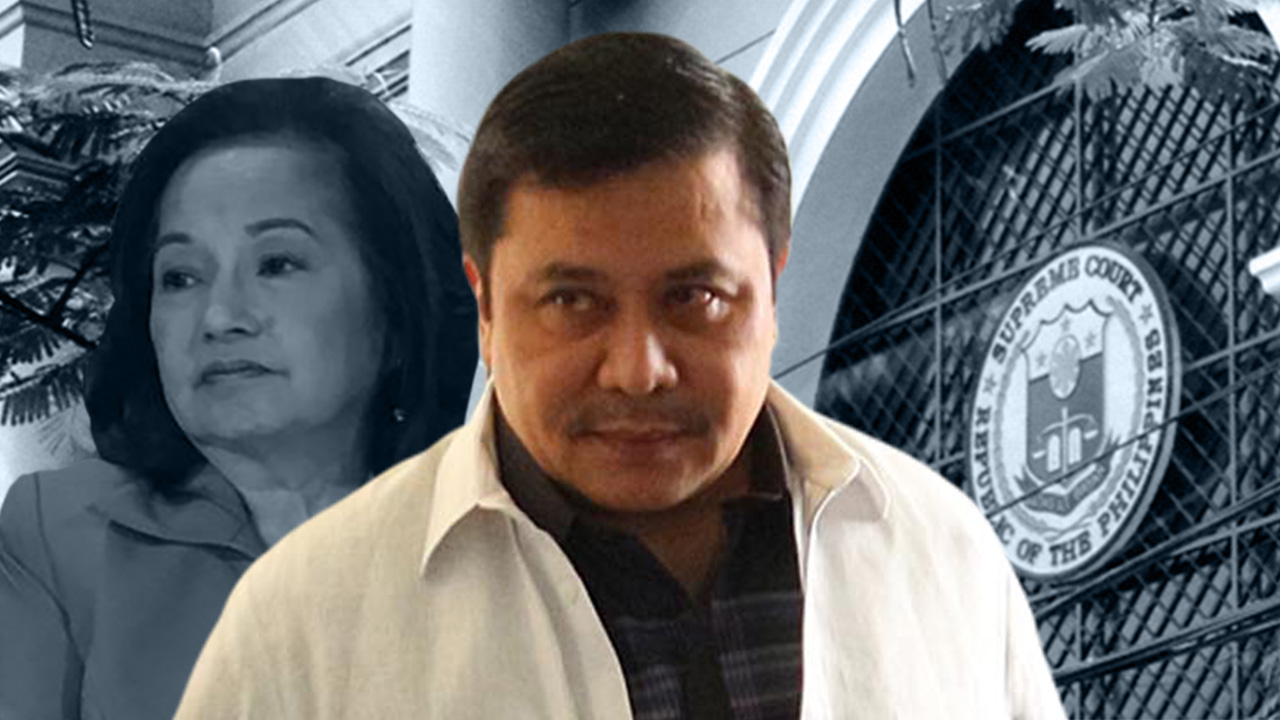 MANILA, Philippines – The anti-graft court Sandiganbayan’s Special 5th Division allowed plunder defendant Jinggoy Estrada to post bail because the evidence, so far, does not point to him as a “main plunderer.”

The “main plunderer” concept is one of the main reasons why the Supreme Court (SC) acquitted former president Gloria Macapagal Arroyo of plunder.

“Although there is evidence to show that there were glaring irregularities in the disbursement of Estrada’s Priority Development Assistance Fund (PDAF) allocations and that he received a sum of money from his participation in these irregularities, there is no strong evidence to show that he is a main plunderer…Thus, his admission to bail is in order,” Associate Justice Maria Theresa Mendoza-Arcega said in the court’s resolution, with concurrences from Associate Justices Reynaldo Cruz and Lorifel Lacap-Pahimna.

Estrada is expected to post bail of P1.33 million before the Sandiganbayan on Saturday, September 16. The court set the plunder bail at P1 million but Estrada also has to pay P30,000 for each of his 11 counts of graft, totaling P330,000.

When the SC acquitted Arroyo in 2016, it said that there was doubt that the alleged misuse of intelligence funds in the Philippine Charity Sweepstakes Office (PCSO) was really a crime of plunder because there wasn’t a main plunderer.

The Sandiganbayan considered this in deciding on Estrada’s bail petition. So who is the main plunderer among Estrada and co-accused former staff Paulyn Labayen and Janet Lim Napoles? The court said it is vague at this point.

The court does say that there is evidence to “sufficiently show that there was a scheme by which the PDAF allocations of accused Estrada were systematically and illegally siphoned.” It even said evidence shows that “there were irregularities” and that Estrada “received a sum of money from participation in these irregularities.”

“But it cannot also be denied that the elaborate scheme is not his own doing and is in fact the handiwork of accused Napoles,” the court said.

Just one of the pawns?

The court, in its resolution, also said that Estrada “may be seen” as “just one of the pawns” of alleged Napoles.

“It may be seen that accused Estrada could just be one of the pawns of accused Napoles, who was the central figure in an even more elaborate conspiracy consisting of various lawmakers,” it said.

“When an accused is alleged to be a main plunderer, it does not seem logical that his or her participation can only be as a simple pawn or part of a bigger plan which he does not control. It may be validly questioned if there can still be a main plunderer when someone else appears to be the mastermind of the entire scheme,” it added.

Remember that Arroyo was acquitted of plunder because the SC said the conspiracy should have a mastermind. There should be a main plunderer.

In his dissenting opinion, Trespeses disagrees with the majority’s finding that Estrada is not a main plunderer in this case.

Trespeses said it does not matter that there were other schemes similar to Estrada’s case. “Uniqueness of the scheme used to amass ill-gotten wealth is not an element of plunder,” the dissenting justice said.

“As long as the main beneficiary was Estrada and Labayen, it is immaterial whether the scheme also benefited Napoles. After all, it is expected that co-conspirators who participate in the transaction would also seek to benefit themselves,” Trespeses said.

Trespeses added that the January 2016 resolution which denied Estrada’s bail petition had thoroughly discussed in 215 pages why Estrada is the main plunderer, including exhibits, letters, and even bank checks.

But the new resolution, which is only 15 pages long,  “failed to specify which particular pieces of evidence it refers to or why they are deemed lacking now,” said Trespeses.

Why were there no hearings?

The old 5th Division had subjected Estrada’s very first bail petition to court hearings. In January 2016, it denied the petition. Estrada appealed, but he was again denied in May 2016.

No bail hearing was done on the Omnibus petition which was approved this time.

Trespeses noted that when the old 5th Division rejected Estrada’s bail, it had already made “careful distillation and meticulous evaluation of copious documentary and testimonial evidence during bail hearings.”

If that’s the case, then Trespeses said new bail hearings should have been conducted.

The resolution denied Estrada’s motion to dismiss the charges. The first day of his plunder trial is on Monday, September 18.

The court also said that granting the former senator bail now would not “preclude the prosecution from its right to present further evidence during trial.”

Even so, the resolution would hurt the prosecution because it largely touched on the merits of the case. Ombudsman sources said they had hoped the Sandiganbayan would grant bail only on humanitarian grounds. The resolution only devoted one short paragraph to say that Estrada is not a flight risk.

‪”This makes it more difficult to actually convict on the basis of plunder. Impunity now is institutional,” says a source from the judiciary.‬

Now that Estrada has been granted bail, former senator Ramon ‘Bong’ Revilla Jr said he would file a second bail petition in the hope that he would get the same result.