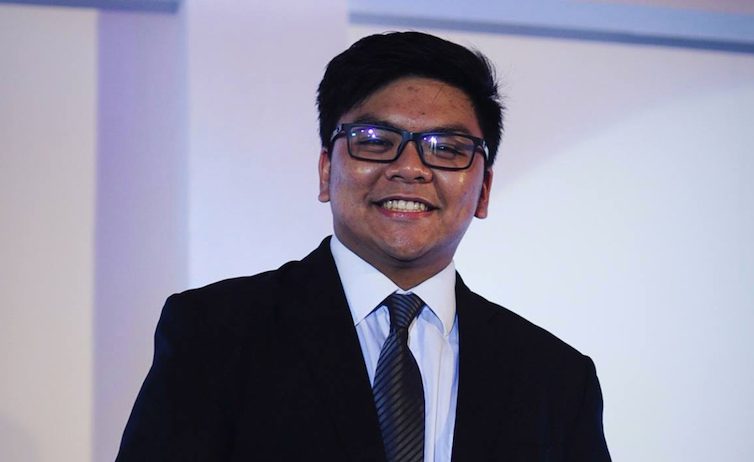 Senate President Aquilino Pimentel III expressed sadness over the “useless death” of Castillo by men he wanted to call brothers.

“Useless death. [He was] killed by people he wanted to be associated with, for life. What a very sad development,” Pimentel said in a text message.

Senator Joel Villanueva, an alumnus of UST, expressed concern over the incident and called on the school to conduct an investigation.

“We certainly condemn this senseless act of violence and join Mr Castillo’s family in mourning for his death that not only ended his life but also his dreams and aspirations,” Villanueva said in a statement.

“As a UST alumnus, I am deeply concerned at this recent event and urge the UST and the proper authorities to investigate and hold the people accountable for this unfortunate incident involving our fellow Thomasian,” he added.

On Sunday, September 17, the body of Castillo was found wrapped in a blanket on a pavement in Tondo, Manila. He was declared dead on arrival at the Chinese General Hospital.

Castillo died due to injuries his parents believed were from fraternity hazing. The father said his son was recruited to the Aegis Juris Fraternity – a recognized organization based at the UST law school. (READ: Aegis Juris fraternity members barred from entering UST)

“No type of brotherhood can ever equate to the sanctity of life. And words will never be able to define such violence that has transpired in an esteemed academic institution. Let it always be known that violence has no room in an institution that upholds Christian values and ideals,” Villanueva said.

Senator Sherwin Gatchalian said UST could not evade the issue because the fraternity implicated is a duly-recognized organization.

“The fact that the fraternity being implicated in this hazing death is recognized by the university itself as a legitimate student organization means that UST cannot pull the same tricks used by other schools in the past to evade responsibility for the criminal actions of their students,” Gatchalian said.

Senator Gregorio Honasan, for his part, recalled the death of his brother from fraternity hazing and called for vigilance from all groups.

“I remember 41 years ago when my youngest brother Mel died from fraternity hazing. My parents forgave those responsible; hoping and praying that it would help eradicate hazing. It was not to be,” Honasan said.

“More teeth in our laws and strict enforcement, vigilance from all sectors: parents, school authorities and students, recognized fraternities, public information and education will help respond to hazing as a painful public menace,” he added.

Senate Majority Leader Vicente Sotto III and Senator Gatchalian have renewed their calls for the passage of the bill seeking to amend the 22-year-old Republic Act 8049 or the Anti-Hazing Law of 1995.

Sotto, Gatchalian, and Honasan have filed their respective bills in the 17th Congress, which all seek stiffer punishments for violators.

Sotto filed Senate Bill 223, which seeks to impose the maximum penalty of reclusion perpetua or imprisonment from 20 years and 1 day to 40 years.

“That is why I have filed a bill last Congress and refilled now precisely because of the incidents like this. We need stiffer penalties for everyone involved including officers of the fraternities,” Sotto said in a text message.

“The Anti-Hazing Law must be overhauled to eliminate loop holes and ensure that all persons responsible for these cruel and senseless hazing deaths will be held accountable to the full extent of the law. It’s time for the Senate to take up this proposed legislation,” Gatchalian said in a statement.

His bill also seeks to expand the scope of liabilities and increase the penalties for hazing offenders, as well as to require schools to play a central role in hazing prevention and awareness.

All measures are still pending in the committee on public order and dangerous drugs led by Senator Panfilo Lacson. – Rappler.com