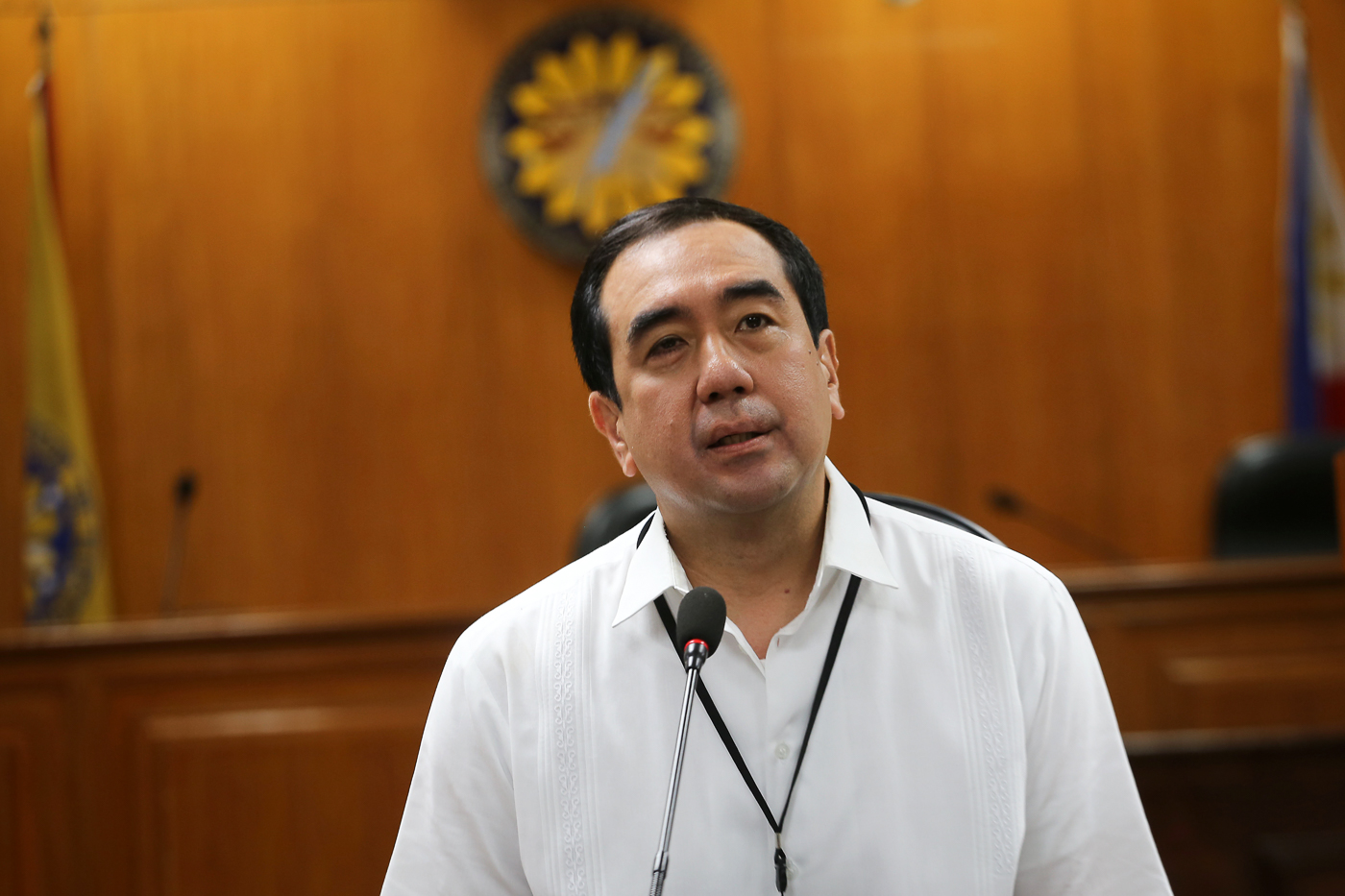 Members of the committee voted 2-27, thumbing down Kabayan Representative Harry Roque’s move to allow substitute verification for the complaint.

The complaint, filed by lawyer Ferdinand Topacio and former Negros Occidental representative Jacinto Paras, who are members of the Volunteers Against Crime and Corruption (VACC), used the wrong verification form. It should have indicated the private complainants’ personal knowledge of their allegations.

Instead, the complaint upon filing said the allegations “are true of our knowledge and belief on the basis of our reading and appreciation of documents and other records pertinent thereto.”

Topacio and Paras then filed substitute verification, to correct what they had originally filed.

It was Roque, one of 3 legislators who endorsed the complaint, who moved that the substitute verification be allowed. (READ: Roque: Bautista impeachment complaint will pass House panel scrutiny)

“To deviate from the previous ruling is out of order,” said Oriental Mindoro 1st District Representative Doy Leachon, vice chairman of the committee.

Majority Leader and Ilocos Norte 1st District Representative Rodolfo Fariñas, who in an earlier justice committee hearing, pointed out the flaws in the Bautista complaint, criticized the use of news articles as sources.

“For these reasons, I support the objection to the motion and also pursuant to the earlier precedent of this honorable committee,” Fariñas said. He also earlier said he concurred with all previous objections from committee members.

Fariñas later wondered why the committee was tackling the complaint in the first place, when its header explicitly addressed the House of Representatives and not the committee.

Topacio and Paras wanted to have Bautista impeached for allegedly failing to declare properties in his Statement of Assets, Liabilities, and Net Worth (SALN) and alleged ill-gotten wealth. The complaint stemmed mostly from allegations by Bautista’s estranged wife, Patricia.

Patricia Bautista had been willing to testify on the allegations against her husband because she supposedly had personal knowledge. (READ: The making of a scandal: Comelec chair Andy vs Patricia Bautista)

Reacting to Roque’s assertions that it was important to know the truth, Albay 1st District Representative Edcel Lagman said there were many other ways to ferret out the truth.

Fariñas added that Bautista’s wife should have been the complainant because she had personal knowledge of the allegations. Patricia attended the Wednesday hearing. (READ: Comelec’s Bautista sues wife for robbery, extortion)

If the plenary concurs with the committee’s decision, an impeachment complaint may no longer be filed against Bautista in the next 12 calendar months. (READ: FAST FACTS: How does impeachment work?)

Bautista was appointed Comelec chairman in 2015. His term will expire in 2022 yet.

Cavite 7th District Representative Abraham Tolentino, one of 3 endorsers, said he supports the decision of the committee but added that he hopes for “divine intervention” so that Bautista would resign instead.

Tolentino, whose brother, former Metropolitan Manila Development Authority chairman Francis Tolentino, has a pending protest over a senatorial race loss, said his endorsement had nothing to do with his sibling. – Rappler.com