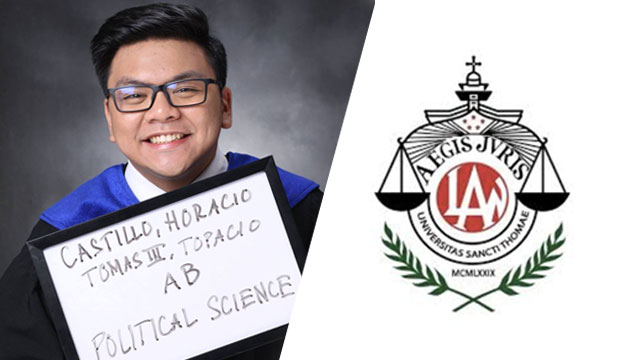 MANILA, Philippines (UPDATED) – Sixteen members of the Aegis Juris fraternity tagged in the fatal hazing of law student Horacio Castillo III were put on the immigration lookout on Wednesday, September 20.

The lookout list includes John Paul Solano, who claimed to have brought Castillo to the hospital on Sunday, September 17, but turned out to be a member of the fraternity too.

Aegis Juris is a fraternity inside the University of Santo Tomas (UST) whose alumni includes UST Faculty of Civil Law Dean Nilo Divina. The dean has barred Aegis Juris fratmen from entering the UST campus in Manila.

“The names in the Order were provided to Undersecretary Erickson Balmes of the Department Of Justice by police investigators who were investigating the incident last night,” Justice Secretary Vitaliano Aguirre II said in a statement on Wednesday.

On Friday, September 22, the names of 4 more Aegis Juris members were added to the immigration lookout list, bringing the number to 20. They are:

On Wednesday, the Manila Police District (MPD) announced that Solano was now principal suspect in the case.

Solano initially claimed he found Castillo’s body on a pavement in Balut, Tondo, and brought him to the hospital. Barangay officials in the area claimed that no body was dumped there as they would have known about it.

Police found out later that Solano is part of Aegis Juris.

Hipe is Castillo’s last caller as registered on the law student’s phone according to the  Castillo family. (READ: Horacio Castillo III wanted to be Chief Justice)

“As of the moment, the Immigration Lookout Bulletin Order is the least we can do. We condemn the death of Mr Horacio Tomas Castillo III,” Aguirre said.

An ILBO does not prevent its subjects from leaving the country, but it sets a mechanism between the Bureau of Immigration and other authorities so the government is alerted of their movements.

Balmes attended Castillo’s wake on Aguirre’s behalf on Tuesday “to offer the assistance of the DOJ to the Castillo family.”

Aguirre, an alumnus of San Beda’s Lex Taleonis fraternity, said on Tuesday that to completely ban fraternities would be to violate Filipinos’ constitutional right to form associations.