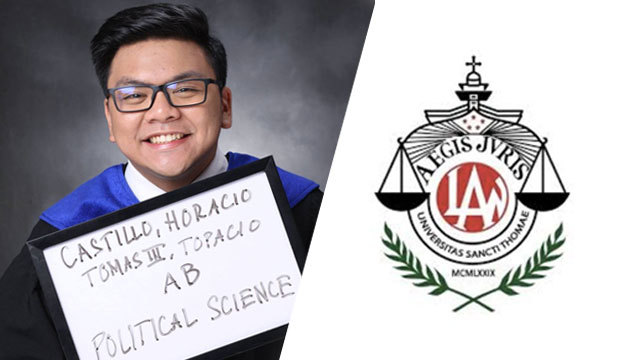 This brings to 20 the number of Aegis Juris fraternity members on the lookout list.

Aegis Juris is a fraternity inside the University of Santo Tomas (UST) whose alumni include UST Faculty of Civil Law Dean Nilo Divina.

The dean of the school has also barred Aegis Juris fratmen from entering the Manila campus.

The 4 additional names added to the ILBO are:

The original 16 names on the ILBO were:

An ILBO does not prevent its subjects from leaving the country. It does, however, create a mechanism between the Bureau of Immigration and other authorities so the government is alerted of the movements of those on the list.

Read the revised ILBO below: 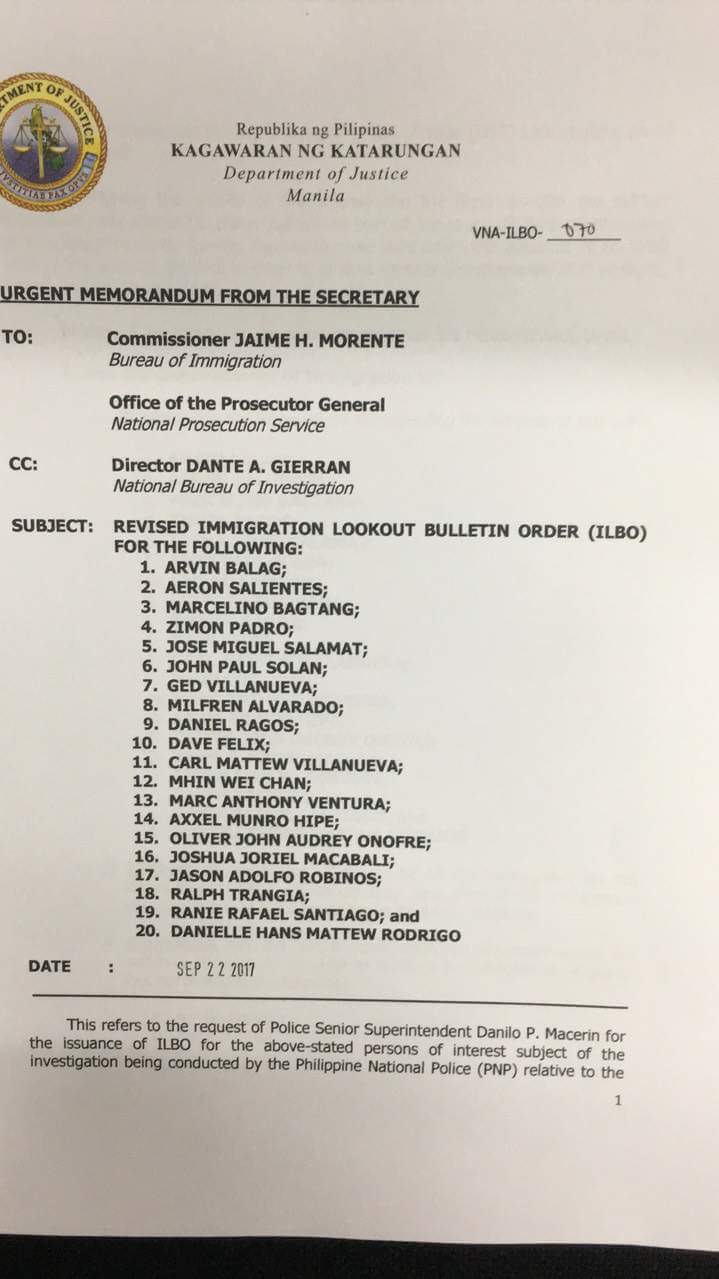 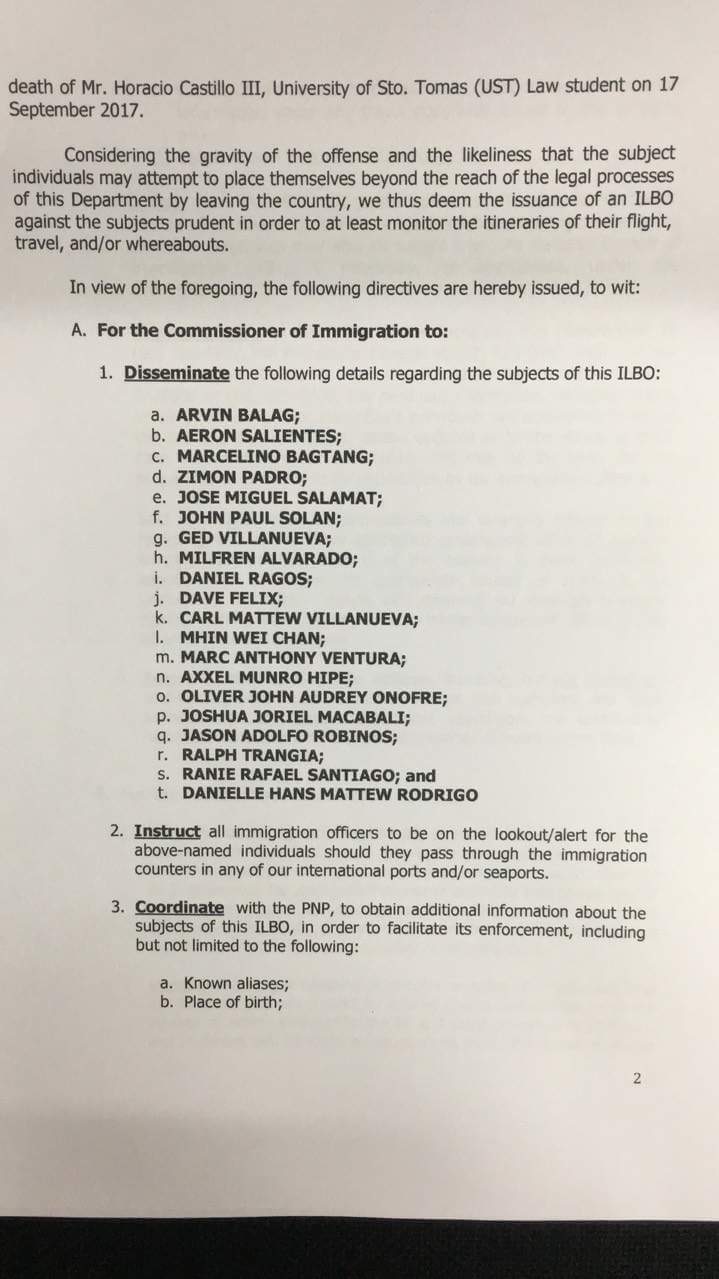 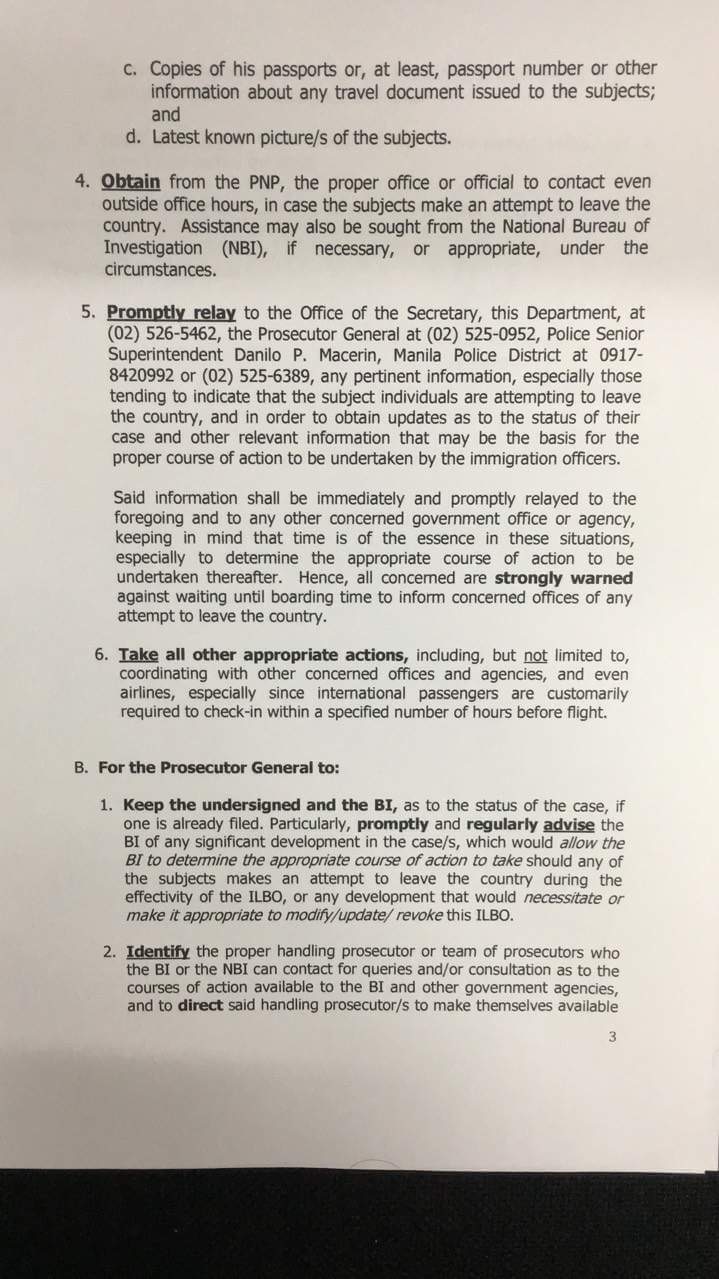