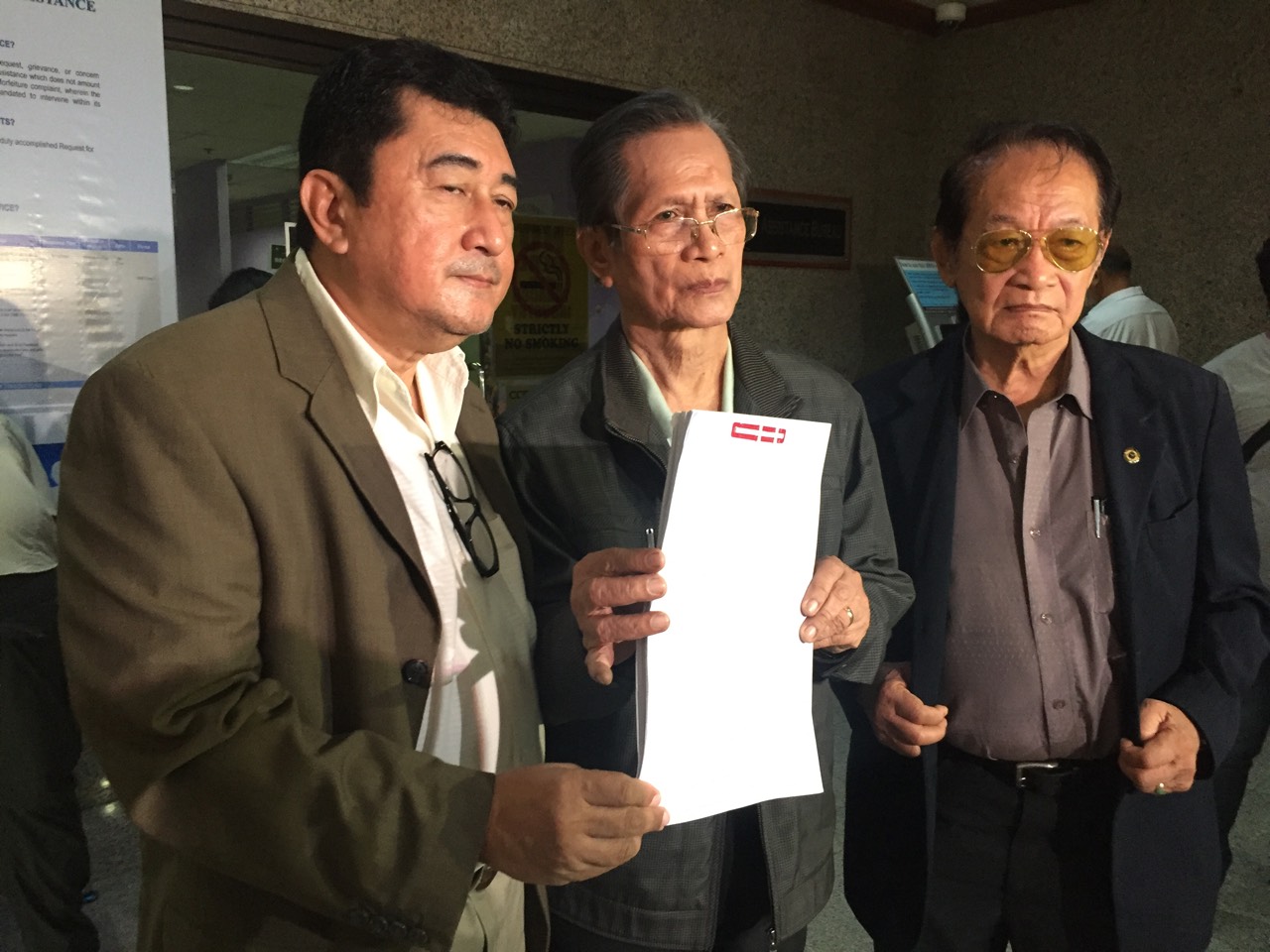 MANILA, Philippines – Former lawmaker and lawyer Jacinto “Jing” Paras filed on Monday, September 25, a kidnapping complaint before the Office of the Ombudsman against Senator Risa Hontiveros.

Paras said in his complaint that Hontiveros committed the crimes of kidnapping, failure to return a minor, and inducing a minor to abandon his home when the senator took custody of minors who were witnesses in the killing of 17-year-old student Kian delos Santos.

“No less than Hontiveros had publicly admitted to the taking as well as to having kept the minors without court authorization,” reads Paras’ complaint, filed with fellow lawyers Eligio Mallari and Nestor Inuring.

Hontiveros had said that the minors’ mother authorized her to keep them under Senate custody using the facilities of the child care unit of the Philippine General Hospital (PGH). Hontiveros cited an affidavit of the mother working in Oman, verified by the Philippine embassy there.

In the complaint, Paras cited a written request and a police blotter by the minors’ father seeking the transfer of custody from Hontiveros to the Criminal Investigation and Detection Group (CIDG) of the Philippine National Police (PNP). The complaint also said that the father had written to the Volunteers Against Crime and Corruption (VACC), requesting assistance.

The father was out on bail for drug charges. Public Attorney’s Office (PAO) chief Persida Acosta had denied bailing the father out.

The attempt to take custody happened on September 9 at the residence of Caloocan Bishop Pablo Virgilio David. Hontiveros had transferred the custody to the bishop days before.

But the father, instead of taking his children to the CIDG and the VACC, requested to join the minors under Church custody.

According to the complaint, Paras, who was there at David’s residence on September 9, was able to talk to the father to ask what changed his mind.

“[The father] told the 3 that he was no longer able to impose on the two older children as they were already brainwashed by Hontiveros as they were offered education as well as financial support. And that if he will insist, he will be prevented by his two older children who already had a hold on his 3 minor children and they will not come along with him,” the complaint said.

Paras also filed an obstruction of justice complaint against Hontiveros “for not relinquishing the custody” of the witnesses to the National Bureau of Investigation (NBI) and PAO.

Paras also filed a wiretapping complaint against Hontiveros for revealing in a privilege speech an exchange of text messages between him and Justice Secretary Vitaliano Aguirre II.

On Monday, Paras admitted sending text messages to Aguirre, but reiterated he did not receive that particular reply from the justice chief.

“I will not deny that may mga text messages ako kay Secretary (I send text messages to Secretary Aguirre). I also texted Secretary na pinupuna ko ‘yung mga [tanong] (criticizing the questions), or maybe I have my own opinion on the questions Hontiveros is posing to that witness. If I was alluded to, I admit I may have texted but I was not able to receive his text message or I might have not read because of the many messages I receive,” Paras said.

Aguirre earlier announced plans to file his own complaint against Hontiveros.

Hontiveros accused Paras and the VACC of operating under Aguirre. (READ: Hontiveros hits Aguirre’s ‘palusot’: Just answer if texts are real or not)

“The cases filed by Justice Secretary Vitaliano Aguirre’s group, the Volunteers Against Crime and Corruption (VACC), before the Office of the Ombudsman is a desperate attempt to deflect public attention away from their text conversation inadverdently captured by someone’s camera lens, which caught them red-handed plotting against me during a Senate hearing inside the Senate,” Hontiveros said in a statement.

“We will not be distracted. Tuloy ang ating kampanya para sa katarungan at para panagutin si Secretary Aguirre at pagbitiwin siya sa kanyang puwesto (Our campaign for justice continues and we will hold Secretary Aguirre accountable and demand his resignation from his post),” Hontiveros said. – Rappler.com