Sep 27, 2017 8:48 PM PHT
Lian Buan
Facebook Twitter Copy URL
Copied
(UPDATED) The Ombudsman now has a copy of bank records from the AMLC which, according to the Overall Deputy Ombudsman, 'more or less' look like the documents submitted by Trillanes 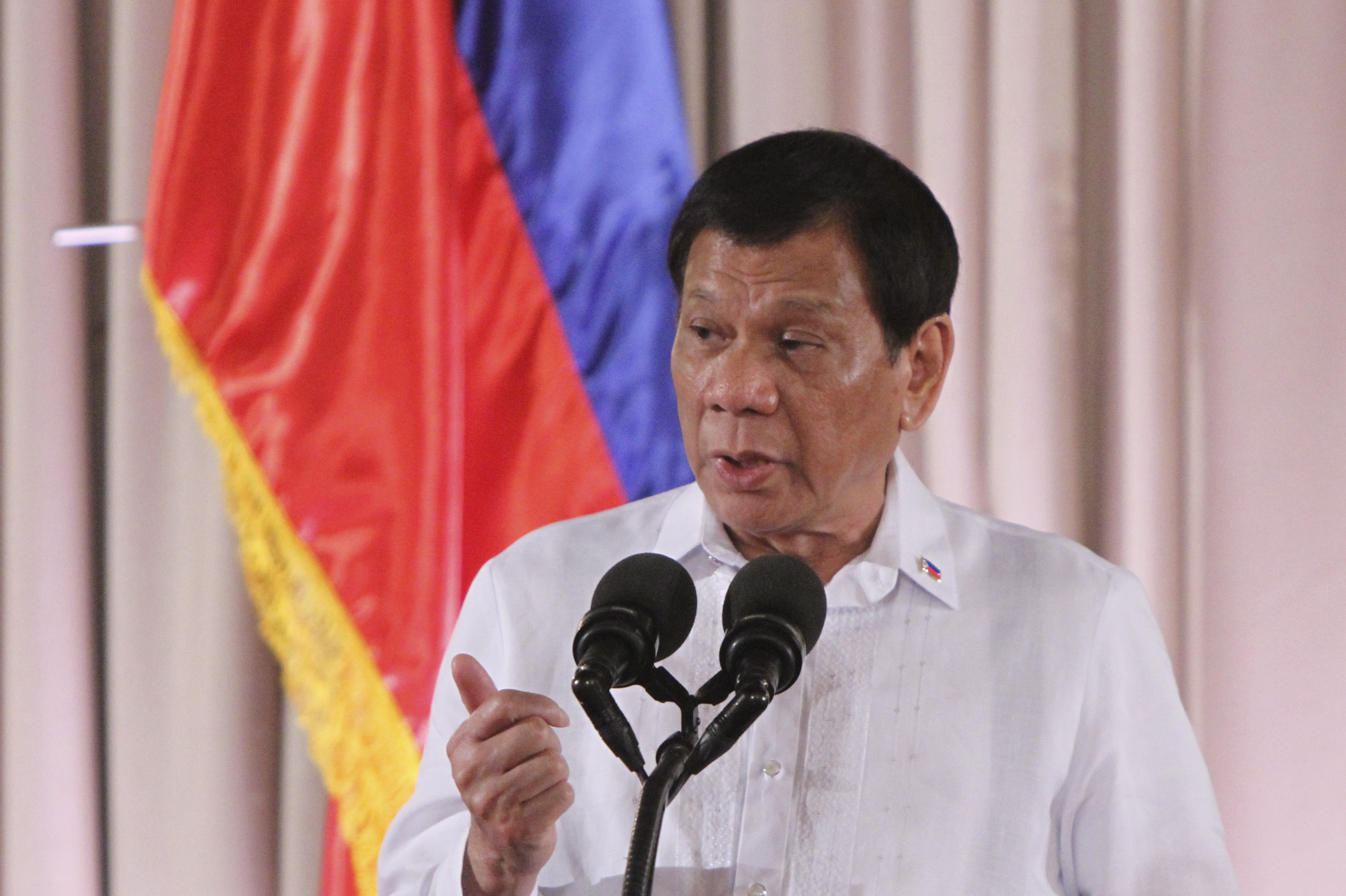 MANILA, Philippines (UPDATED) – Bank transactions of President Rodrigo Duterte and his family through the years amount to a total of more than P1 billion, said the Office of the Ombudsman as it continues its investigation into the complaint of Senator Antonio Trillanes IV against the President.

Trillanes filed a plunder complaint against Duterte in May 2016, alleging that there is P2.4 billion worth of deposits in Duterte’s account and that funds could be coming from a possible scheme of hiring ghost employees in Davao City.

Overall Deputy Ombudsman Arthur Carandang confirmed that the Deputy Ombudsman for Mindanao, which is handling the complaint that covers the time when Duterte was still Davao City mayor, had requested their office to help validate with the Anti-Money Laundering Council (AMLC) the list of bank transactions in Trillanes’ documents.

The Office of the Ombudsman had asked the AMLC in August to do a bank inquiry and submit its final report on the alleged Duterte accounts. The Ombudsman now has a copy of bank records from the AMLC which, according to Carandang, “more or less” look like the documents submitted by Trillanes.

The documents they got from the AMLC also contain “entries, presentations, sources, transaction dates, amounts, and family members’ names.” Trillanes had submitted records – some dating all the way to 2004 – of Duterte, his common-law wife Cielito “Honeylet” Avanceña, ex-wife Elizabeth Zimmerman, and his 4 children.

These same bank records were requested from the AMLC by Trillanes himself but he was denied access in April. Trillanes however has his own copies of supposed bank transactions which he attached to the complaint he filed before the Ombudsman.

Whether or not there is something irregular or anomalous in the bank records is not established at this point. The AMLC has to proceed with its own investigation and make a report of its findings. (READ: Duterte orders AMLC to show his net worth)

In a statement on Thursday, September 28, the AMLC said that they had indeed not provided the Office of the Ombudsman “any report as a consequence of any investigation of subject accounts for any purpose.”

The AMLC reiterated they are not the source of Trillanes’ records.

“Meanwhile, we cannot make further comments considering the confidential nature of the matter,” the AMLC said.

Ombudsman Conchita Carpio-Morales has already said she has inhibited from all Duterte-related complaints before her office. She is related to Duterte by marriage ties – her brother, lawyer Lucas Carpio Jr, is the father of Manases Carpio, the husband of Duterte’s daughter, Davao City Mayor Sara Duterte-Carpio.

“This development has debunked claims that my allegations were mere hearsay. I firmly believe that Duterte has billions in his bank accounts and I feel vindicated by this admission,” Alejano said in a statement.

The Ombudsman is proceeding with its probe, even as the AMLC continues with its own investigation. Carandang has said the two offices are sharing information and that while the Ombudsman tries to establish corruption, the AMLC will try to establish money laundering.

Speaking at the 120th anniversary celebration of the Department of Justice (DOJ) on Tuesday evening, September 26, Duterte said he encourages everybody to probe into his wealth.

(If somebody can prove that I have a deposit of even $1 in Hong Kong, I will step down as President of the Republic. I live by the values that I got from my father and mother.)

Malacañang said on Wednesday, September 27, that the President has nothing to hide. (READ: AMLC confirms receipt of Trillanes’ bank secrecy waivers)

“The President respects the internal processes of the Ombudsman as an independent body, and trusts its impartiality in the conduct of its fact-finding duty,” said Presidential Spokesman Ernesto Abella.

Duterte declared a net worth of P27.4 million in his 2016 Statement of Assets, Liabilities, and Net Worth (SALN). The President has P18.4 million cash on hand/bank.

Under the Ombudsman’s rules of procedure, that they are conducting a fact-finding investigation already means Trillanes’ complaint was evaluated to be worthy to reach that point.

A complaint can be “dismissed outright for want of palpable merit.”

Whether the AMLC’s report is a prerequisite to proceed to preliminary investigation is still unclear.

In the pork barrel scam cases for example, the Ombudsman prosecutors’ biggest weapon was a report from the AMLC which made findings of possible corruption. In former senator Bong Revilla’s case, the AMLC found that deposits to his bank account match amounts and dates as recorded by witness Benhur Luy in his ledger when he supposedly delivered kickbacks.

In January this year, Julia Bacay-Abad resigned as AMLC head, following Duterte’s tirades against the agency’s officials. Just this September, Mel Georgie Racela was appointed new executive director of the AMLC by the Bangko Sentral ng Pilipinas (BSP) Monetary Board. Racela is an alumnus of the San Beda College of Law. (READ: FAST FACTS: The Anti-Money Laundering Council)

In the absence of an AMLC report, can Duterte still be investigated? That’s for the Ombudsman to decide when it proceeds with an investigation based on SALNs, as done in the past.

In 2012, the late former chief justice Renato Corona was impeached for not disclosing in his SALN peso and dollar bank accounts. The same track could be followed in this case.