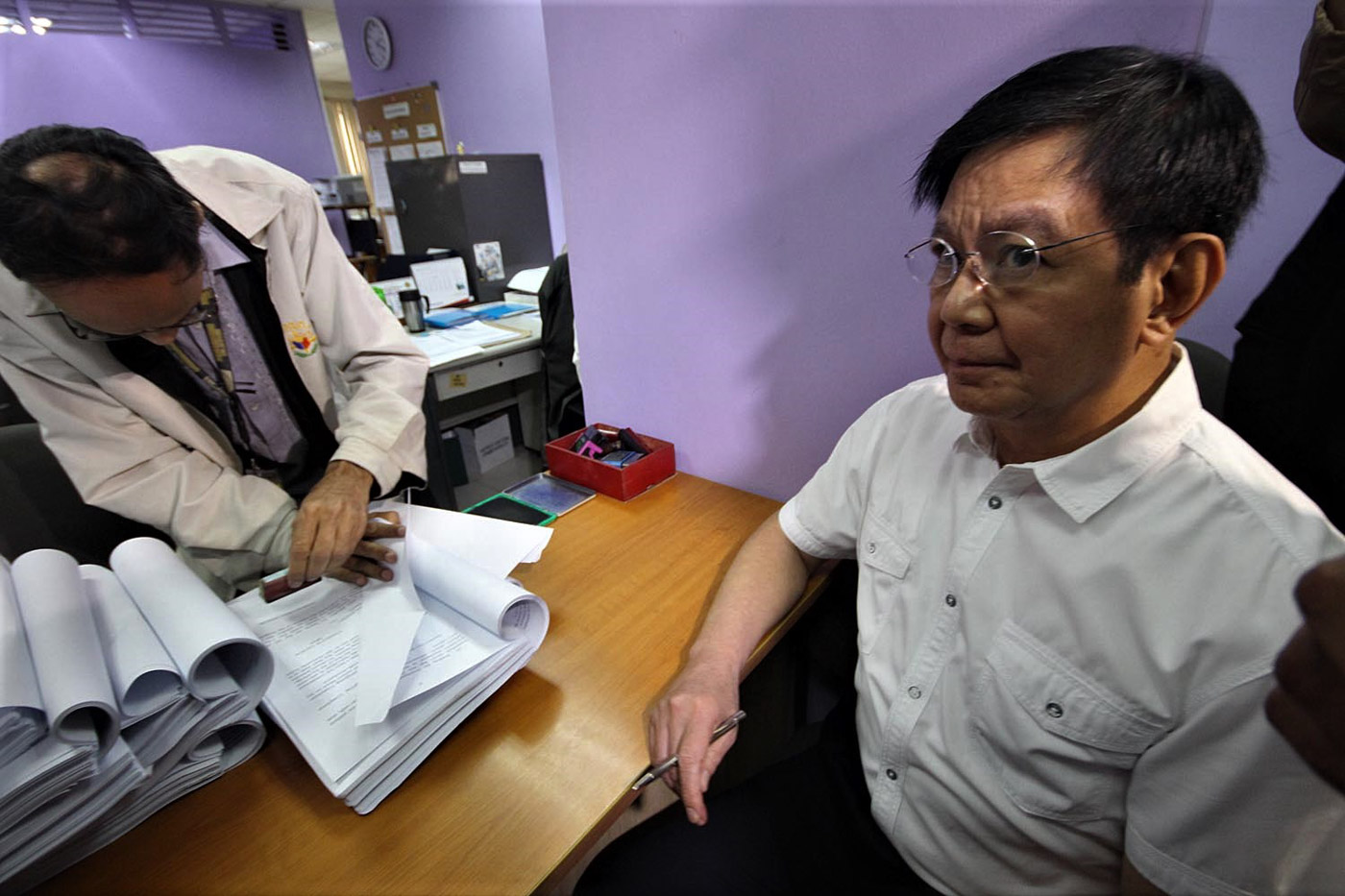 Lacson lodged the complaint before the Office of the Ombudsman on Thursday, September 28.

Aside from Faeldon, the senator also implicated 9 others for “conspiring to smuggle” 40,000 bags of rice, in two waves, to Cebu Lite Trading, Incorporated (CLTI) without payment of customs taxes and duties and without the required import permit, as they supposedly used “fake” permits.

Lacson also filed an administrative complaint against Aquino, Alcid, and Lagmay for grave misconduct for their “flagrant disregard of the established rules of procedure of the BOC in allowing the smuggling of rice shipments.”

Pending the investigation, Lacson also asked the Ombudsman to order the preventive suspension of the 3 officials. (READ: Lacson on smuggling charge: When I make an exposé, I make sure I’m clean)

According to the senator, two shipments of rice entered the country through the Port of Cagayan de Oro without necessary permits. The first shipment was on March 9 this year, containing 21,800 bags of Vietnamese long grain white rice, valued at $370,600.

On April 26, the shipments were declared “abandoned and forfeited” in favor of the government and were ordered to be disposed of.

But Lacson said Aquino disregarded this and issued a certification and confirmation for the shipments on May 17. Aquino supposedly ordered that these “import permits would retroact to cover the actual date of arrival.”

Faeldon heeded Aquino’s advice and ordered the release of the two rice shipments to CLTI.

Lacson said life imprisonment should be imposed on Faeldon and the others for the “large-scale” smuggling they committed. (READ: ‘Special stop orders’ under Faeldon used for ‘doble tara’ – Lacson)

“Since the crime of large-scale agricultural smuggling was facilitated through the participation of government officials and employees, namely, Administrator Aquino, Atty Lagmay, Collector Alcid and Commissioner Faeldon, it follows that the penalty imposable upon them shall be the maximum, which is life imprisonment as mentioned in [the law],” the senator said.

Lacson claimed there was a “conspiracy” between the BOC officials and the company. (READ: FULL TEXT: ‘Kita kita sa Customs’)

“It is clear that there was a conspiracy between and among the respondents to facilitate the unlawful release of the said rice shipments. When several customs personnel noticed the irregularities, desperate and highly irregular acts were committed by Administrator Aquino, Atty Lagmay, Collector Alcid and Commissioner Faeldon to make it appear that the applicable rules and regulations were followed to justify and facilitate the unlawful release of CLTI’s rice shipments,” the senator said.

Since Faeldon deliberately skipped Senate hearings, however, the ethics panel decided to put his complaint on hold. – Rappler.com