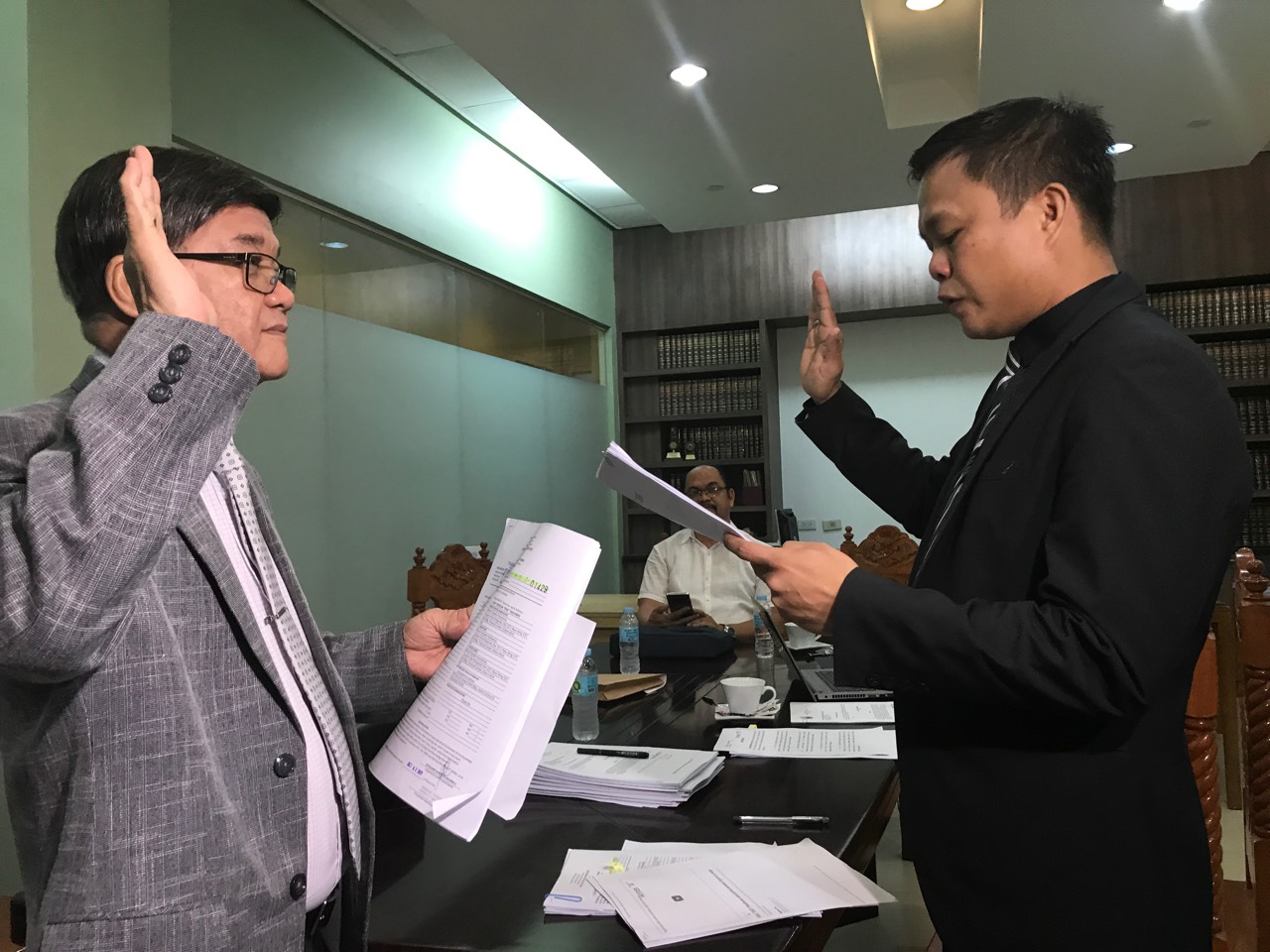 Aguirre went to the Prosecutor’s Office Monday morning before he proceeded to the Senate to attend the continuation of a hearing on the death of teenager Kian delos Santos. Aguirre said he will file an ethics complaint against Hontiveros before the Senate on the same day.

Asked why the justice secretary did not file the case before the Office of the Ombudsman, but instead the city prosecutor’s office which is under him at the Department of Justice (DOJ), Undersecretary Erickson Balmes said Aguirre would address the questions “post-filing.”

“I condemn to the highest degree the shameless violation of a citizen’s right to the privacy of communication,” Aguirre later said at the Senate hearing.

The wiretapping case stems from Hontiveros’ privilege speech on September 11 where the senator publicized a photo of Aguirre texting. Zooming into the photo, Aguirre was shown to have texted Volunteers Against Crime and Corruption (VACC) member Jacinto “Jing” Paras to “expedite the cases” against the senator.

Aguirre claimed the photo was not accidentally taken as claimed by Hontiveros, and that he could prove it through experts’ opinion. Named as his witness in the criminal complaint before the Pasay City Prosecutor’s Office is Cristopher Malinao from the Federation of Philippine Photographers Foundation (FPPF).

Aguirre had earlier told media he would also file a civil case of violation of right to privacy of communication.

Paras had filed similar cases against Hontiveros before the Office of the Ombudsman. Paras also filed kidnapping, failure to return a minor, and inducing a minor to abandon his home complaints against Hontiveros for taking custody of young witnesses in the Delos Santos killing. – Rappler.com