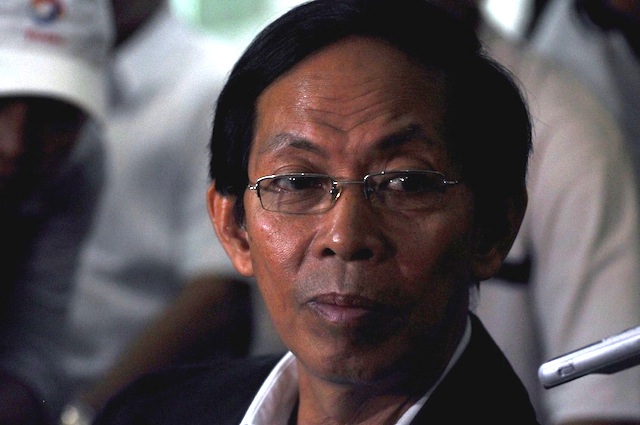 MANILA, Philippines – The Court of Appeals (CA) on Tuesday, October 3, affirmed the validity of an arrest warrant issued against retired military general Jovito Palparan for kidnapping and serious illegal detention.

The Regional Trial Court (RTC) of Malolos, Bulacan, issued the arrest warrant in 2006,  in connection with the abduction and disappearance of two University of the Philippines students – Karen Empeno and Sherlyn Cadapan.

In seeking the recall of the arrest warrant and the dismissal of charges filed against him, Palparan argued that the court disregarded his constitutional right to due process by denying his motion to quash information and his arrest warrant on August 18, 2014.

The trial court held that the motion was just a repetition of an earlier motion it denied on April 3, 2012. The court noted that the grounds and issues pointed out in the motion to quash information and warrant of arrest were already ruled upon in the April 3, 2012 resolution, and could not be appealed.

The CA also said the allegations raised by Palparan in his petition are factual and evidentiary in nature, and ought to be explained in a trial.

A joint team of the National Bureau of Investigation and the Armed Forces’ Naval Intelligence Group arrested Palparan in August 2014,  after 3 years in hiding.

In its indictment of Palparan for kidnapping and serious illegal detention, the Department of Justice said the retired military officer had a direct hand in the detention of the two students based on the testimony of farmer Raymond Manalo. (READ: Waiting for Jovito Palparan)

During his detention, Manalo claimed he witnessed the two students being tortured by their captors, believed to be Palparan’s men. In 2007 the CA ruled that Manalo’s tesimony was “clear, consistent, and convincing.” – Rappler.com