Mocha Uson says rules on fairness don’t apply to her

Oct 4, 2017 1:27 PM PHT
Camille Elemia
Facebook Twitter Copy URL
Copied
'I'm a blogger, not a journalist,' Communications Assistant Secretary Mocha Uson tells Senator Paolo Benigno Aquino IV, when he asks if she ever tried to get the side of people she has attacked in her blog 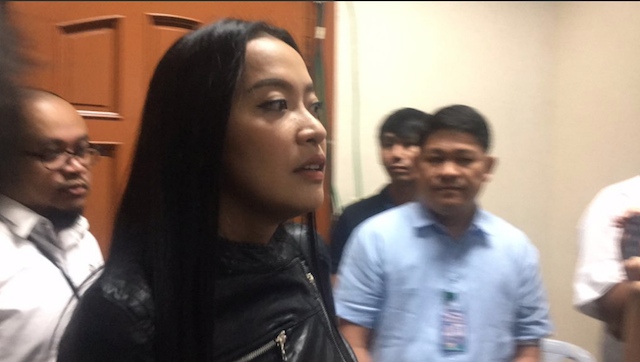 MANILA, Philippines – Unlike journalists, Communications Assistant Secretary Mocha Uson claimed she is not required to be fair in her social media posts even after she entered the government service, as she is a blogger.

Uson made the statement during a heated exchange with minority Senator Paolo Benigno Aquino IV at the first Senate hearing on fake news on Wednesday, October 4.

Uson lamented how GMA News supposedly aired “fake news” against her and claimed the organization did not get her side. (READ: Mocha Uson: ‘Ako po ay biktima ng fake news’)

Aquino then criticized Uson for wanting news organizations to treat her fairly when she herself did not practice the same virtue.

“Sa dinami-dami ng blog mo, may isang beses ba na humingi ka ng side namin (In the number of blogs you’ve posted, was there ever a time when you asked for our side)?” Aquino said.

Before Uson responded, Majority Leader Vicente Sotto III defended her and said bloggers are not journalists and are not required to do so.

(When journalists report news that harm a person, they should get the other side. If you don’t get it, you shouldn’t be a journalist. What you’re saying is different because she writes a blog.)

But Aquino went on to ask Uson if she thinks GMA News should have gotten her side: “Sa tingin mo ba dapat hiningi (Do you think they should have asked for your side)?”

(In your case, you never got the side of all the people that you wrote about in your blog. Just the other day, you had a blog on the minority. Was there even one time yhat you got our side?)

Uson said she was not required to do that.

A seemingly irked Aquino then asked Senate public information chair Grace Poe to “instruct” Uson to answer yes or no.

Uson then asked Aquino, “Ano po ‘yung pekeng balita (What fake news are you talking about)?”

Uson reiterated, “Senator Bam Aquino, ang ginagawa ko po blogging, ‘di po ako journalist (what I do is blogging. I am not a journalist).”

Poe then asked Uson to answer yes or no, but she refused to answer.

Aquino then asked her grounds for declining to comment, to which Uson replied, “I have the right to refuse.”

Aquino asked what crime was she trying to avoid because such phrase “presupposes a criminal act.”

Aquino reiterated his question, which Uson had yet to answer.

“You’re asking these agencies to be fair to you. Hinihinigi mo fairness, puwede ba bigyan mo kami ng fairness? Ang tanong ko, humingi ba siya ng mga side ng opposition, ng minority (You’re asking for fairness, can you give us fairness? My question is, did she ask for the side of the opposition, the minority)?” Aquino said.

Poe interjected and advised Uson to answer the question because it would not incriminate her.

Uson apologized for her act and claimed it’s a blogger’s right to choose if she would seek the other party’s comment or not.

“Unang-una, karapatan ng blogger kung gusto hingin side ng [kabila]….Opinion-based po ang blogging unlike po sa mainstream media, may obligasyon po sila (First of all, it’s the blogger’s right whether or not to get the other side….Blogging is opinion-based unlike in mainstream media, who have that obligation),” Uson said.

Senator Risa Hontiveros did not take this sitting down and cited an earlier statement of Communications Secretary Martin Andanar on August 12 that contradicted Uson’s stand.

Uson maintained her account is her private blog and not under the government. Senators, however, refused to buy this, saying she is a government official paid by taxpayers’ money.

One of her “fake news” posts is about the supposed Singapore bank account of Senator Antonio Trillanes IV which the lawmaker had personally disproved. Trillanes has filed crminal and administrative charges against Uson before the Office of the Ombudsman, partly because of the false bank account.

Uson has repeatedly criticized journalists by calling them “presstitutes,” or journalists paid to write biased and inaccurate news. She had been accused of spreading fake information on her widely-read blog, even after she became a government official. – Rappler.com