Oct 4, 2017 6:13 PM PHT
Camille Elemia
Facebook Twitter Copy URL
Copied
'This hearing is for the people and supposed purveyors of fake news are given the chance to speak...because we’re investigating fake news,' says Senator Grace Poe in response to criticism 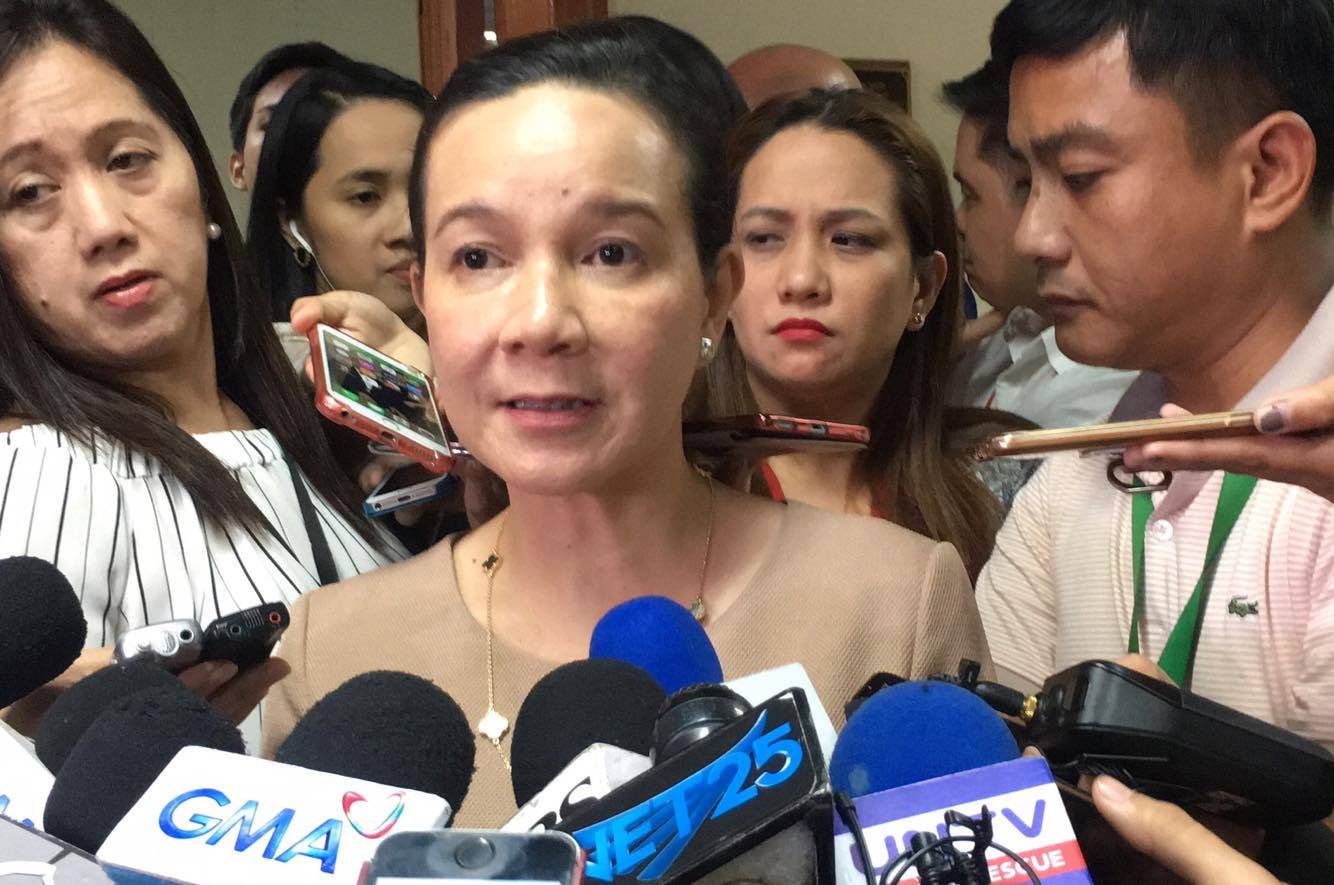 MANILA, Philippines – Senator Grace Poe on Wednesday, October 4, took exception to observations that she treated bloggers accused of spreading fake news with “kid gloves” during a Senate hearing on the proliferation of false information online.

Poe, chair of the Senate committee on public information that conducted the hearing,  issued the denial in response to the online comment of singer Leah Navarro, a known supporter of former president Benigno Aquino III.

During the hearing, Navarro tweeted: “Grace Poe sounds like she is squarely on the side of fake news purveyors like ThinkingPinoy, Uson and Sasot. Convicting Cocoy w/o proof.”

Navarro was referring to pro-administration bloggers Sass Rogando Sasot, RJ Nieto of ThinkingPinoy, and Assistant Secretary Mocha Uson. Nieto and Uson attended the hearing and were given ample time by Poe to explain their side.

Cocoy, meanwhile, refers to Cocoy Dayao, the alleged “webmaster” of the anti-Duterte blog #SilentNoMorePH. He was invited to the hearing but did not attend.

There were other netizens who tweeted their disappointment with some of Poe’s statements during the hearing, particularly when she lauded Uson and Nieto, both working for the government, for attending the hearing while Dayao skipped it.

The senator also praised Nieto for his “excellent research” for posts on his blog and urged him to become neutral.

Poe said the committee would issue a subpoena against Dayao, as he seemed intent on not attending the probe.

In defending her conduct of the hearing, Poe said she was just giving everyone a chance to speak, regardless of political affiliation.

“Let me make it clear that I accord respect to every single resource person in my hearing. I don’t choose whether you’re against me or for me or for my views. And the reason why I’m giving you this chance is because this hearing is not for me,” Poe said.

“This hearing is for the people and supposedly purveyors of fake news are given the chance to speak, well, because we’re investigating fake news. So we will now judge whether it’s true that they’re fake news or not,” she added.

Poe then urged Navarro to attend the next hearing. She also lamented how Navarro supposedly spread lies about her.

“So I’d like her to come here to the next hearing and to speak up. She was a member of my board and she said a lot of things about me that are untrue but I never called her out on it on social media but perhaps now she can say it,” Poe said.

Poe was the former chairperson of the Movie and Television Review and Classification Board before she was elected senator in 2013.

In an apparent response to Poe, Navarro said: “This is my personal opinion, my take. If feelings were hurt, then join our ranks, victims of accusations, insults by fake news creators.”

Senator Cynthia Villar said she received information from an unnamed source that Navarro and Dayao were among those behind the #SilentNoMorePH blog, with former presidential spokesman Edwin Lacierda, former deputy spokesperson Abigail Valte, and a certain Melissa Limcaoco. She said she had not verified the information herself.

Navarro denied any connection with the blog: “You can quote me. I have no connection to SilentNoMore.”

Lacierda and Valte also both denied the claim. – Rappler.com