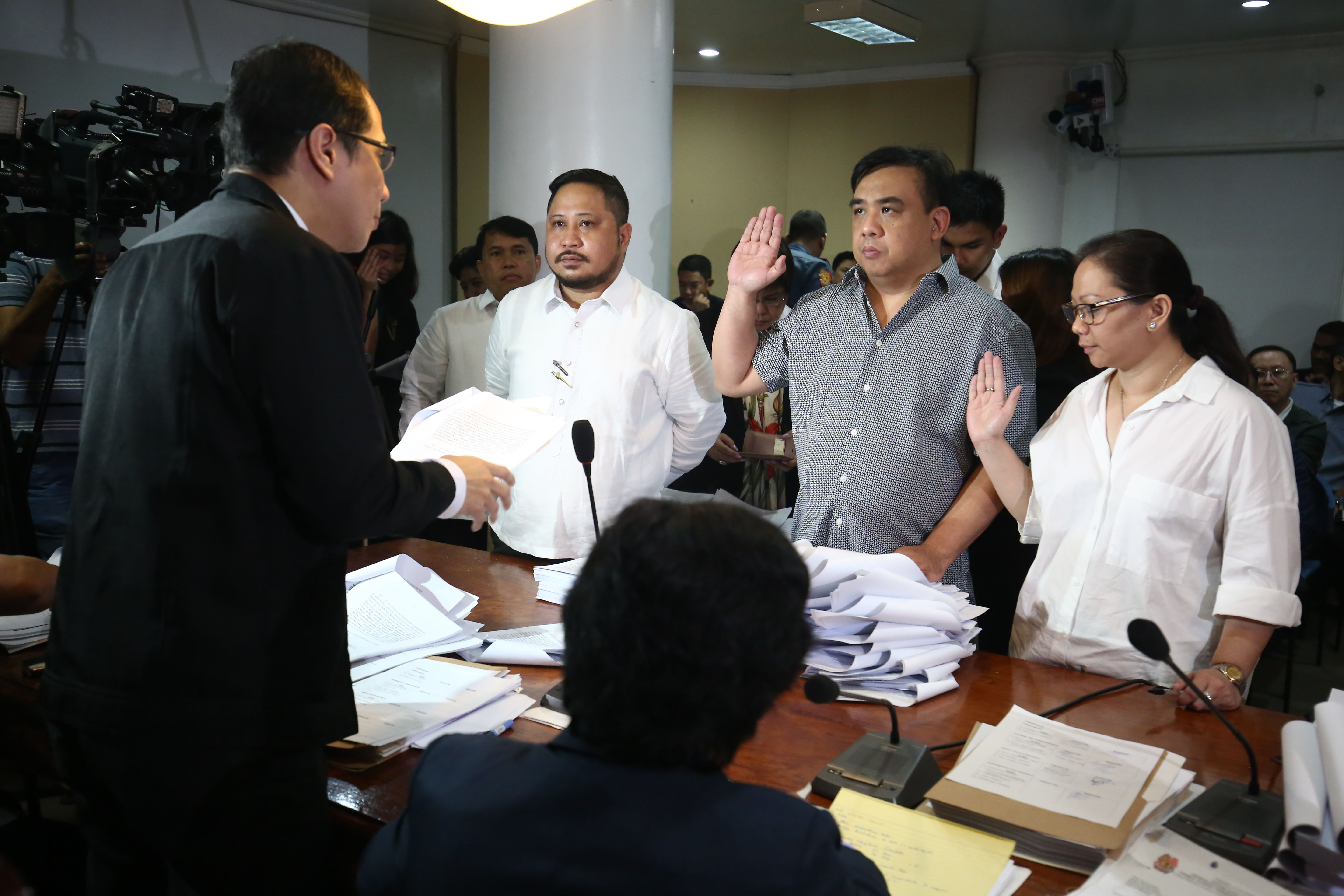 MANILA, Philippines – As promised, the parents of Horacio Castillo III have accused University of Santo Tomas (UST) Faculty of Civil Law dean Nilo Divina and his colleagues of murder, and the violation of the Anti-Hazing Law.

These two charges were thrown by the Castillo camp on the grounds of Divina supposedly taking part in a coverup to protect his young Aegis Juris fraternity brothers.

The Castillos pointed out in their supplemental criminal affidavit filed at the Department of Justice (DOJ) on Monday, October 9, that Divina had heard about the death of the boy fondly called ‘Atio’ a day earlier than the parents themselves

He supposedly did not bother to reach out to the Castillos.

Instead, Divina suspended all the Aegis Juris fraternity members from entering the UST campus the next day. This was read by the family as attempt of allowing the embattled fratmen to escape the sight of authorities.

“By issuing the said blanket suspension, respondent Divina effectively allowed respondent-members to escape undetected and unscathed, and at the very least, to avoid being directly questioned by the MPD on Atio’s death,” the supplemental complaint read.

Another high-ranking official included in the complaint was Arthur Capili, the UST law faculty secretary, a colleague of Divina in his law firm, and also a member on-leave of the Aegis Juris.

Bagtang, Salamat, Santiago, and Villanueva have also been accused of the same charges by the Manila Police District (MPD).

They also added the board of trustees of the fraternity:

The Castillos’ lawyer Lorna Kapunan earlier pointed out to reporters that Divina and officials of the UST can be charged for neglect, which they see that Divina has done.

Kapunan cited the Anti-Hazing Act which says that: “The school authorities including faculty members who consent to the hazing or who have actual knowledge thereof, but failed to take any action to prevent the same from occurring shall be punished as accomplices for the acts of hazing committed by the perpetrators.”

“The least that respondent Divina could have done was to assign at least two school representatives to be present at the initiation, as required under Section 3 of the Anti-Hazing Law, to prevent the disastrous consequence that has befallen our son, Atio, and has claimed his life,” the Castillos said in their affidavit.

The next hearing will be on October 24, Tuesday. – Rambo Talabong/Rappler.com