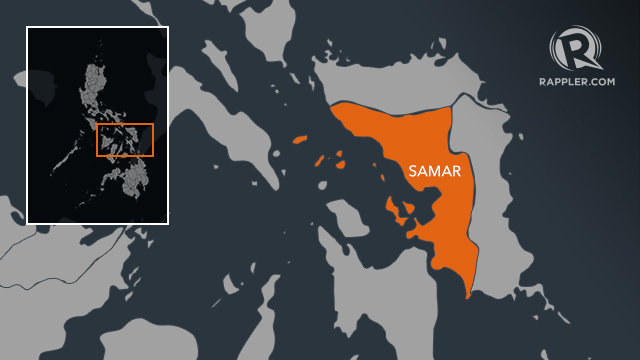 LEYTE, Philippines –  The Eastern Visayas Police Regional Office is investigating the case of a policeman who shot a barangay chairperson inside the Catbalogan Police Station in Samar on Saturday night, October 7.

Police said that around 9:55 pm on October 7, Rosal called Catbalogan police to ask for help regarding two customers of the Twins Restobar in Barangay 6 who refused to pay for their beer –  Versoza and his companion, Balbino Costo.

Senior Police Officer 1 Louie Legatub led the team that arrested the two and brought them to the city police station.

While sitting beside the duty desk officer at the station, Rosal and Versoza had a heated argument. Versoza pulled out his Glock 17 service weapon and shot the victim.

Rosal, who was shot in the left side of the chest and the right forearm, is confined at the Samar Provincial Hospital.

Chief Superintendent Gilbert Cruz, Eastern Visayas police chief, said Versoza had been detained and would be filed with the appropriate charges, while the responding police team had been placed under restrictive custody pending the investigation of the incident.

Cruz told reporters how upset he was upon learning that the responding officers did not immediately disarm Versoza. He said he ordered charges to be filed against them.

(All of them – PO2 Donald Versoza had been detained and we ordered the restrictive custody of the responding police officers and they will also face charges. We’re not beging selective. If you commit a sin, you have to pay for your sin.)

“We’ve seen such tragedies far too many times,” he added.

Cruz said the police will also look into reports that Versoza is a security escort of the Samar governor. They will also check who gave clearance for this.

“Kung walang clearance galing sa PNP Regional Office at PSPG, mananagot kung sino man ang nag-assign sa kanya doon (If there is no clearance from the PNP Regional Command and the PSPG,  the one who gave him cleaarance will be held liable), Cruz added.

Only the Police Security Protection Group (PSPG) in Camp Crame can assign security escorts to politicians and VIPs. Politicians facing security threats are given a maximum of two Philippine National Police personnel each. – Rappler.com