Oct 11, 2017 4:28 PM PHT
Jun A. Malig
Facebook Twitter Copy URL
Copied
The 7 policemen are accused of kidnapping and extorting from 3 Koreans in Pampanga in December 2016 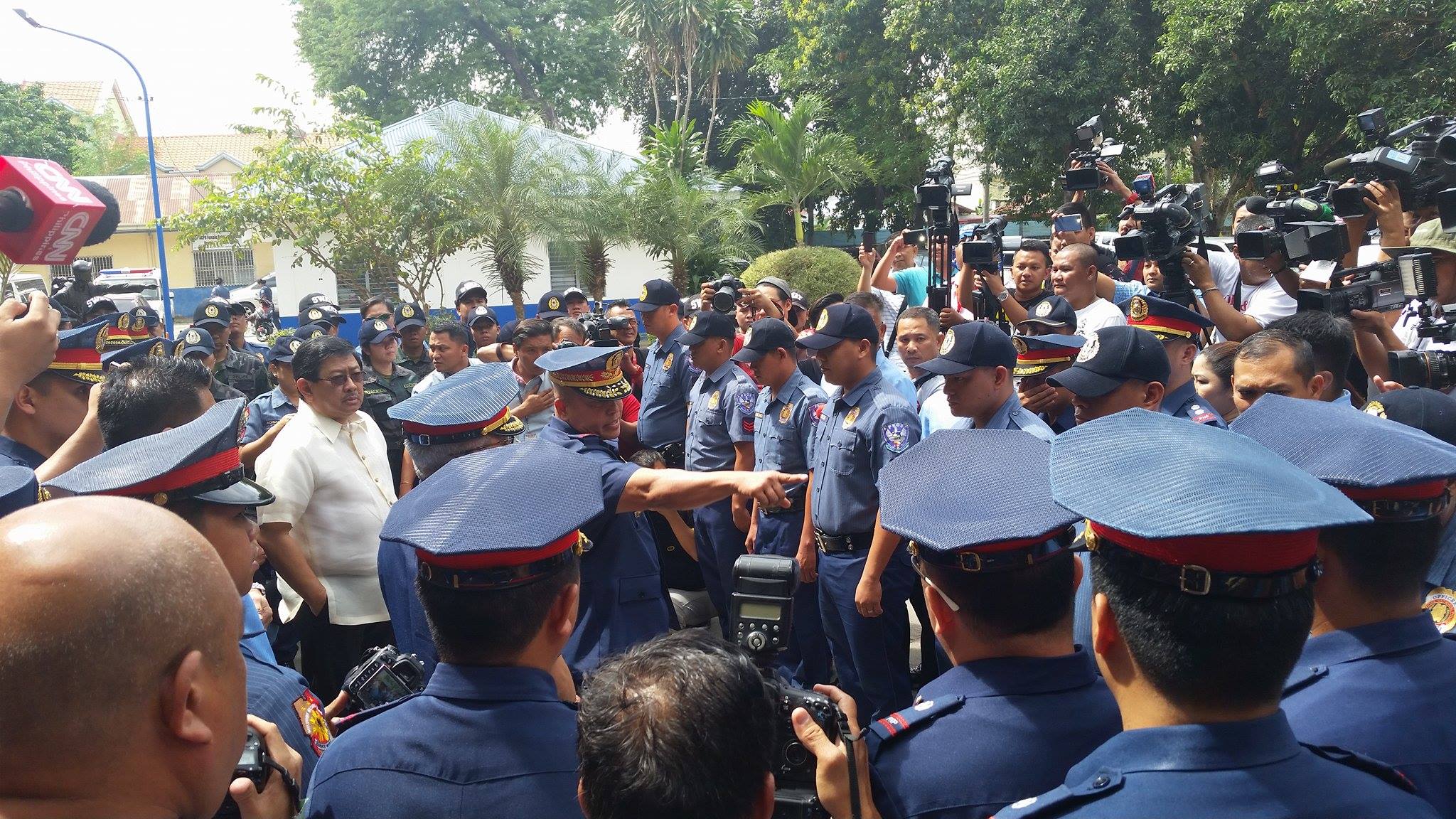 ANGELES CITY, Philippines – The regional trial court of Angeles City on Tuesday, October 10, issued a warrant for the arrest of the 7 city cops accused of kidnapping and robbing 3 Korean tourists in December 2016.

The 7 cops, who were all assigned at Police Station 5 near the Korean Town here, are accused in two cases: kidnapping for ransom and robbery in a band.

Instead of waiting for their arrest, the 7 cops surrendered to Chief Inspector Rommel Labalan, head of the Pampanga Criminal Investigation and Detection Group, on the same day the warrant was issued against them.

Labalan was reportedly the station commander at Police Station 5 several years back.

Labalan turned over the accused to the RTC Branch 58, which denied their lawyer’s motion for judicial determination of probable cause and the prayer of suspension or deferment of issuance of warrant of arrest against them.

Judge Pangilinan said the court had issued an order “finding probable cause for the issuance of warrant of arrest against the accused on all the subject charges.”

The accused also filed on October 10 a motion for speedy trial of their cases and a request for custody at the Pampanga CIDG or Pampanga Provincial Jail.

The judge directed the prosecution to file its comment on the new motion and request within 5 days.

The accused are currently in the Angeles City District Jail located inside Camp Tomas Pepito, the headquarters of the city police, pending the resolution of the custody request.

The court issued subpoena to the prosecution’s witnesses and set the pre-trial on the kidnapping for ransom and robbery in a band cases for November 8.

The 7 city policemen are accused of abducting Lee Ki Hun, Min Hoon Park, and Lee Jun Hyung from the house they were renting at Friendship Plaza Subdivision here for alleged online gambling activities last December 30. The incident was reportedly captured by a closed-circuit television camera.

The Koreans were allegedly brought to Police Station 5 and were forced to pay P300,000 for their release.

The 7 policemen have denied the accusation.

Dela Rosa hurled invectives against the 7 policemen and punished them with a difficult push-up-type stance known as front-leaning position while continuing to reproach them.

The national police chief also reprimanded all the police officials in this city for not doing anything to stop their men from doing illegal acts.

“Wala kayong ginawa…. Nakikita ninyo, may ginagawang masama ang mga tao ‘nyo, pinabayaan lang ninyo,” he said. (You didn’t do anything about it. You saw your men doing illegal things, and you just let them continue.) – Rappler.com