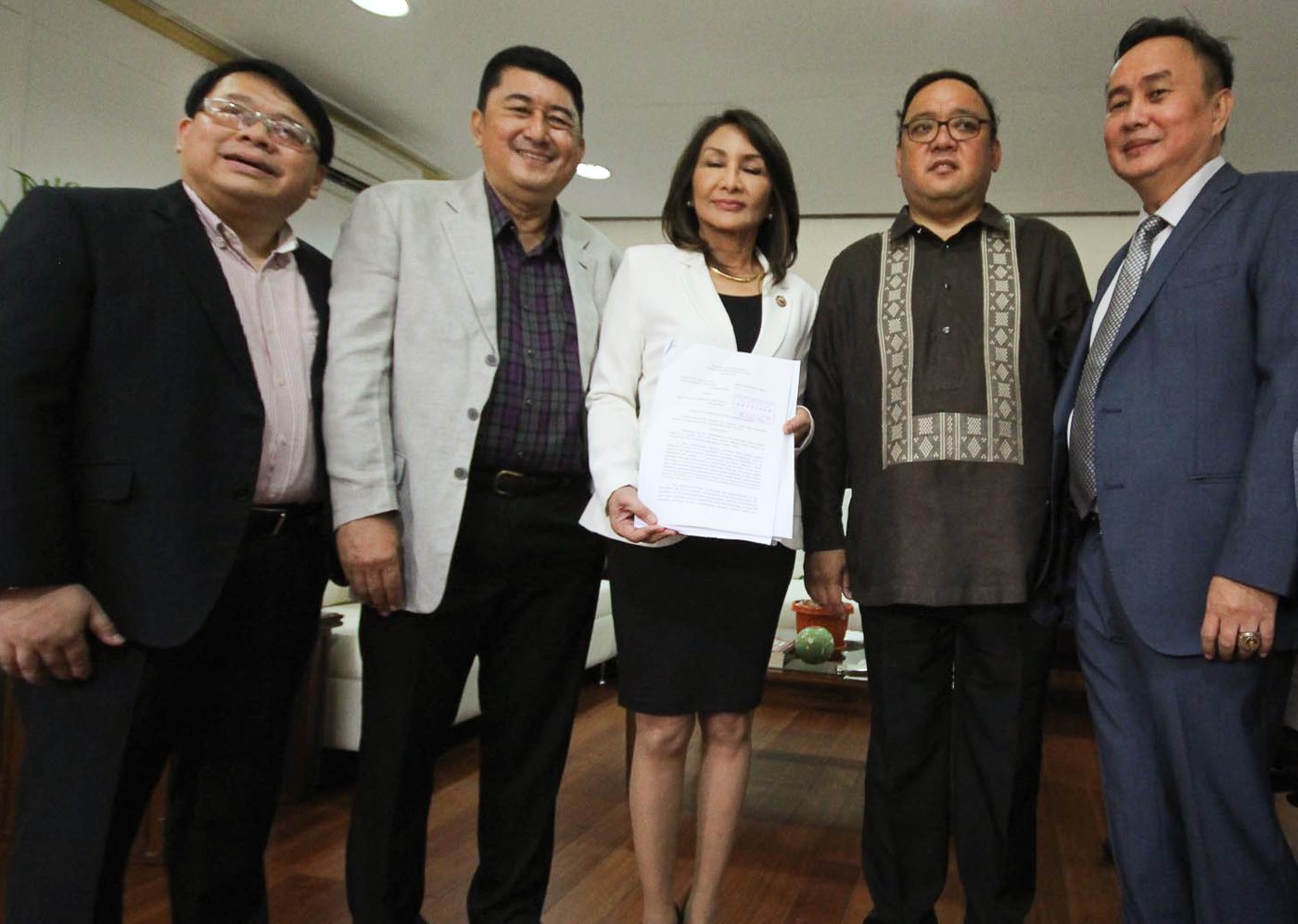 Facebook Twitter Copy URL
Copied
Jacinto Paras, among the complainants in an impeachment case against the Comelec chairman, claims there were anomalies during Andres Bautista's stint in the PCGG as well

MANILA, Philippines – With a report from the Presidential Commission on Good Government (PCGG) in tow, former Negros Oriental representative Jacinto ‘Jing’ Paras, among the complainants in an impeachment case against Commission on Elections (Comelec) Chairman Andres Bautista, said he had evidence of the latter’s corruption in a previous job.

Bautista, prior to being appointed Comelec chief in 2015, was chairman of the PCGG, an office tasked to recover the ill-gotten wealth of the Marcoses and their cronies.

During a press conference on Thursday, October 12, Paras said he got the documents after he visited PCGG acting chairperson Reynold Munsayac. Paras said that during the meeting, Munsayac and the two other commissioners “revealed to me the anomalies of chairman Bautista when he was still PCGG.”

The alleged anomalies include the failure to liquidate the purchase of millions in gift checks from Sodexo and SM, irregular hiring of consultants, favoring the Luzon Development Bank in transactions, unauthorized use of official vehicles for 14 months, favoring Divina Law, allowing the failure of liquidation of cash advances from the Philippine National Bank (PNB).

Paras did not show the documents, since he said they would be officially submitted and attested to by the PCGG during the impeachment trial, if need be.

“The PCGG says Bautista is liable for culpable violation of the Constitution, graft and corruption, and betrayal of public trust,” said Paras.

His stint in the PCGG is included in the impeachment complaint filed by Paras, which was based largely on allegations from Bautista’s estranged wife, Patricia.

Earlier that day, Bautista tendered his resignation – effective December 2017 yet. But Kabayan Representative Harry Roque, among the endorsers of the Paras impeachment complaint, said this was only a bluff by Bautista.  – Rappler.com