Oct 13, 2017 12:27 PM PHT
Rappler.com
Facebook Twitter Copy URL
Copied
The blogger says in his social media accounts that he was ending his consultancy as head of strategic communications for migrant workers’ affairs 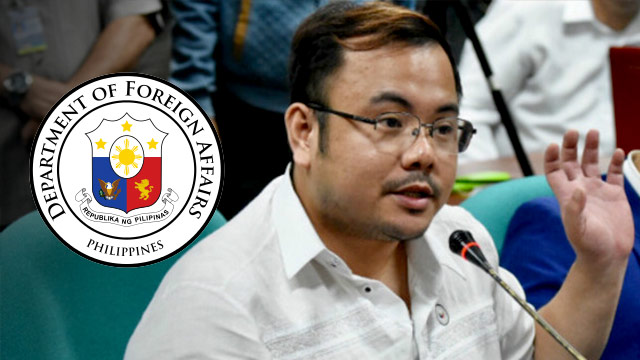 MANILA, Philippines – Rey Joseph Nieto, a.k.a. pro-administration blogger Thinking Pinoy, has asked the Department of Foreign Affairs (DFA) to terminate his contract as head of strategic communications for the DFA Office of the Undersecretary for Migrant Workers’ Affairs (OUMWA).

He announced his decision to back out from the consultancy position through his social media accounts on Monday, October 9.

“I have already contacted the DFA to request for the termination of my consultancy contract…While I have yet to receive any remuneration for the services I have rendered since July 2017, I have decided to donate prospective earnings to a suitable charity organization if and when I get compensated,” Nieto wrote.

The DFA has yet to come out with an official response.

His decision comes less than a week since he particiated in the first  Senate hearing on fake news on October 4, where he boasted about being an asset to the department.

“If I were just given a choice, I don’t want to work in DFA. Parang alila lang kami doon eh (We’re just like slaves there), and I only get P12,000. It’s not even enough to pay for taxi,” Nieto told senators then.

“It’s just that DFA needs me more than I need them, and we want to help the government succeed,” he added.