Most Filipinos believe EJKs happen in war on drugs – poll 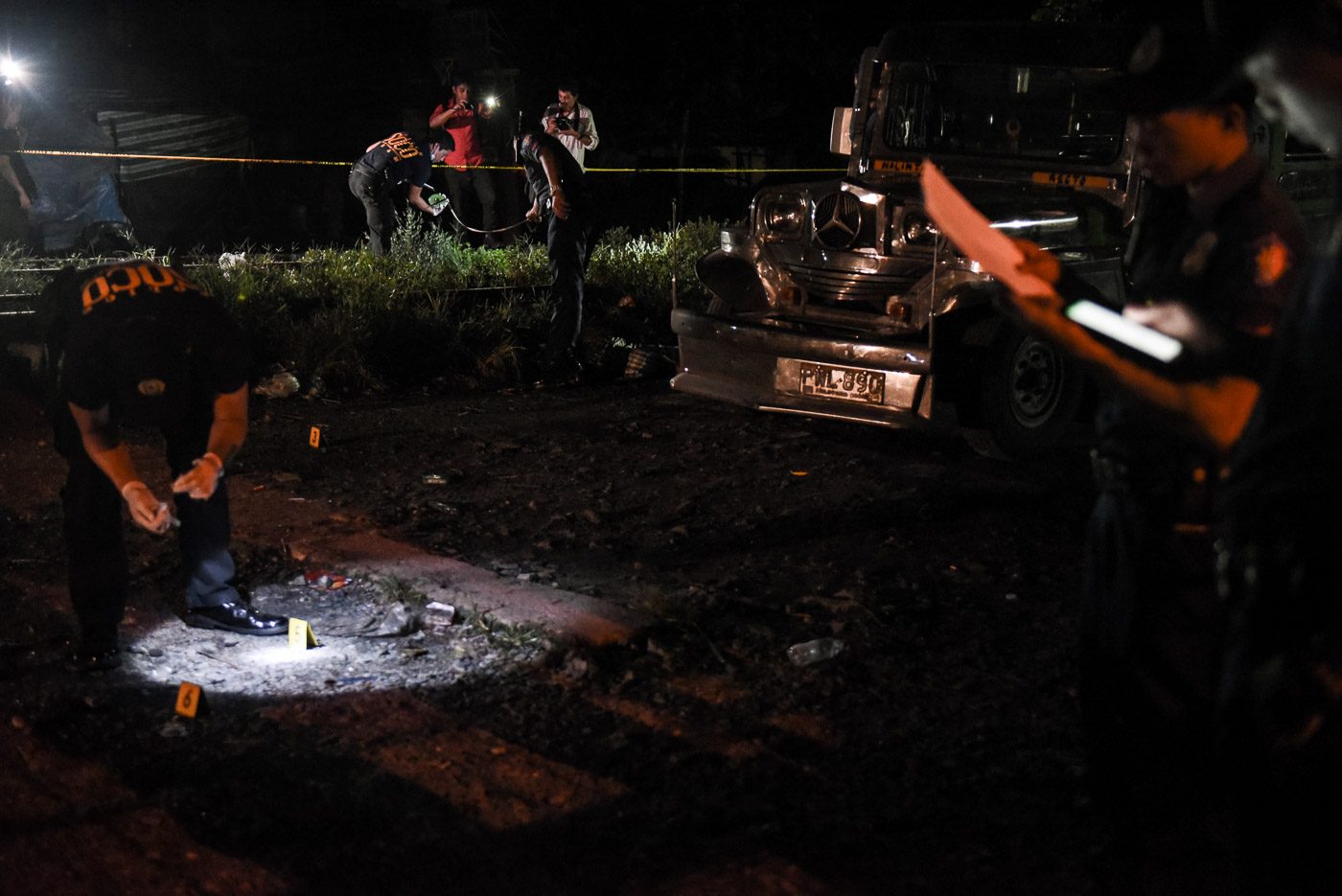 Facebook Twitter Copy URL
Copied
(UPDATED) While 88% support the war on drugs, 73% also believe EJKs are happening in its conduct

MANILA, Philippines (UPDATED) – Although a majority of Filipinos support President Rodrigo Duterte’s war on drugs, majority also believe that “extrajudicial killings… are happening in the implementation of the campaign against illegal drugs,” according to a September 2017 survey by Pulse Asia.

According to the survey, which was released on Monday, October 16, Duterte’s war on drugs is familiar to 100% of respondents. Of those, 88% said they supported Duterte’s campaign, 2% said they are unsupportive, while 9% could not say if they supported the campaign or not.

Pulse noted that the same level of support was registered across geographic areas and socio-economic groupings.

At the same time, however, 73% of those surveyed said they believed extrajudicial killings (EJKs) were happening in the implementation of the same war on drugs.

It’s a slight increase from the results of the previous June 2017 survey. “Between June and September 2017, agreement with this view becomes slightly more pronounced (+6 percentage points) while disagreement eases markedly (-9 percentage points),” said Pulse Asia in a media release.

This view was “echoed by majorities in all areas and classes,” according to the survey firm.

“On the other hand, 20% of Filipinos do not believe EJKs are happening in the implementation of the anti-illegal drugs campaign. Almost one in 10 Filipinos (7%) refused to answer the question,” it added.

Most Filipinos, across regional areas and social classes, said they were aware of anti-drug operations conducted by police or local government officials in their barangay (village). Most (86% nationwide) said the operations were orderly.

In Metro Manila, however, 25% of those surveyed said the anti-illegal drug operation was “violent.” Most of those surveyed (95%) said that as a result of the people were arrested, has surrendered, were injured, or were killed. (READ: Half of Filipinos don’t believe cops’ ‘nanlaban’ line – SWS survey)

Those who said they were aware of anti-illegal drugs operations were asked:

The survey, held from September 24 to 30, 2017, asked for responses from 1,200 Filipinos. It has a +/- 3% error margin at the 95% confidence level. The Ulat ng Bayan survey is not commissioned by a single individual or group, the survey firm said.

In a statement, Palace Spokesman Ernesto Abella said the support for the drug war “goes to show that our people appreciate the administration’s efforts to reduce the incidence of crime and make the streets safer and the communities more peaceful.”

Abella blamed the “massive media coverage of the Caloocan youth killings during the survey period” for the Filipinos’ belief of EJKs in the campaign.

But even before media coverage of the teen boys in Caloocan began, some Filipinos is surveys expressed disbelief over police’s claims that alleged drug personalities died in operations because they fought back.

The Philippine National Police Internal Affairs Service and the National Bureau of Investigation have raised suspicion over the police’s claims in the death of Delos Santos.

Since it began in July 2016, the war on drugs has been both controversial and popular. Police have repeatedly been accused of resorting to extralegal means in order to enforce Duterte’s crackdown on illegal drugs.

The Philippine National Police (PNP) has since been ordered out of the drug war – the second time in 2017. The order from Duterte was released after a Social Weather Stations survey reported a dip in his trust and satisfaction ratings.  – Rappler.com