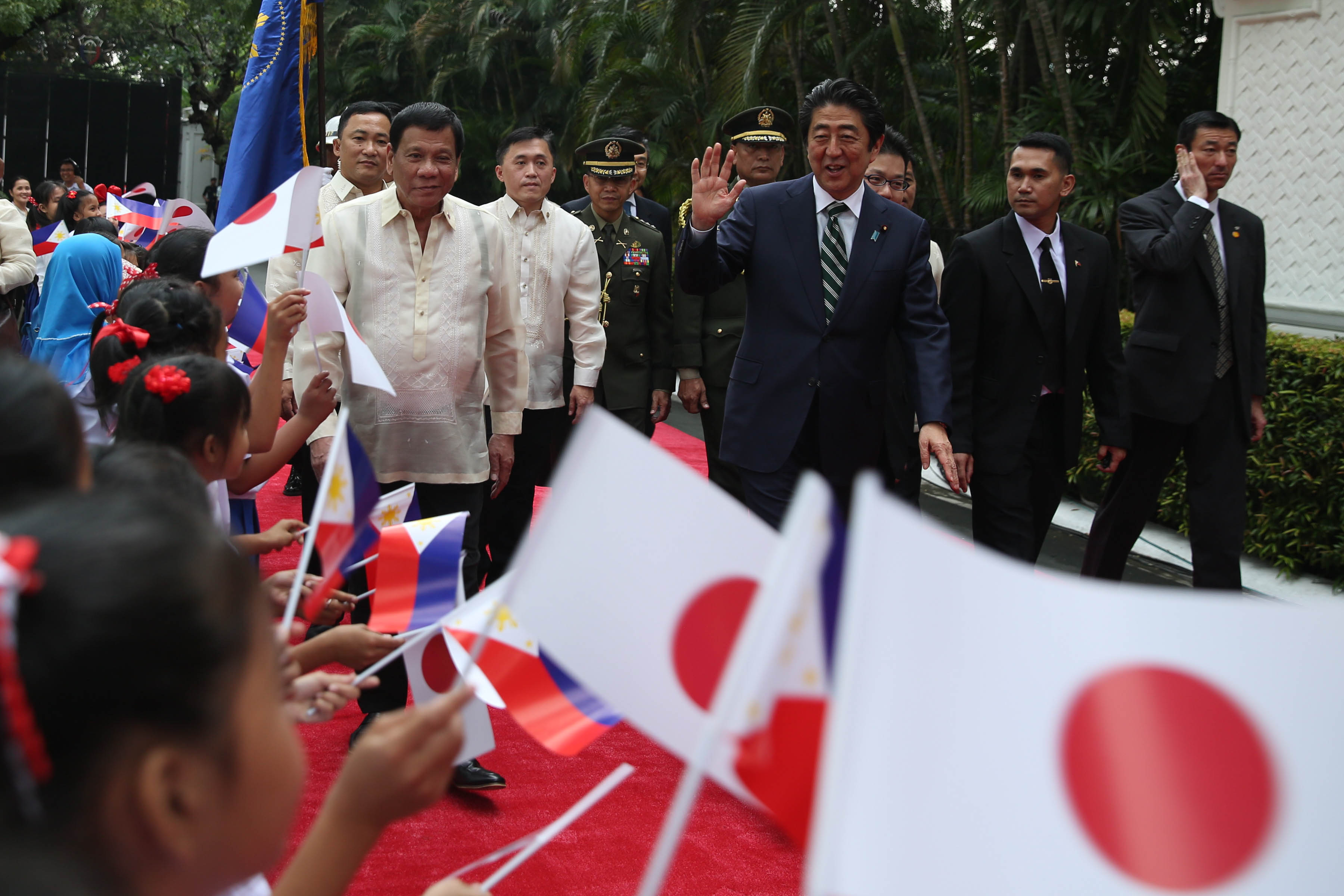 MANILA, Philippines – President Rodrigo Duterte is set to visit Japan from October 29 to 31, according to the Japanese government.

This was announced by Japanese Cabinet Secretary Yoshihide Suga on Wednesday, October 25 during a morning press conference in Tokyo.

Malacañang is yet to confirm the visit but a Rappler source said the President is leaving for Japan on October 29. Thus, the visit will take place before Duterte and Abe fly to Vietnam to attend the Asia-Pacific Economic Cooperation summit and before the 31st Association of Southeast Asian Nations Summit in Manila in early November.

The visit was planned long ago when Duterte was unable to push through with an earlier trip in June where he was supposed to be a guest speaker at a forum organized by Nikkei. It was postponed because of the Marawi crisis, which began on May 23.

The President’s last trip to Japan was almost a year ago, from October 25 to 27. He had been scheduled to call on Emperor Akihito but this was cancelled because the royal’s uncle, Prince Mikasa, had died.

The elections had been among the reasons why it took some time to confirm Duterte’s visit, according to a source.

He may be among the first heads of state to visit Abe after his victory. Abe was the first country leader to visit Duterte after he won in the May 2016 national elections. – Rappler.com