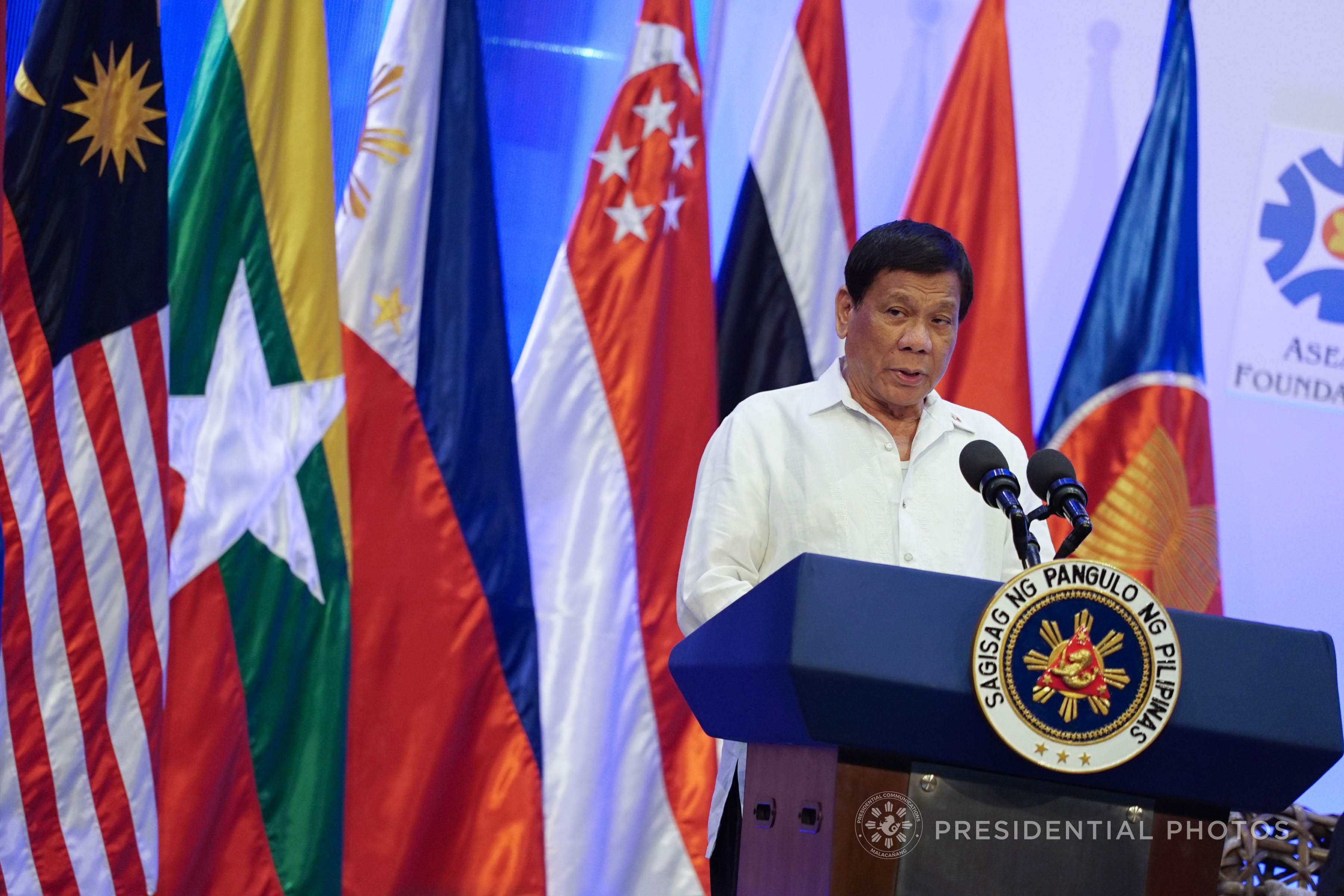 MANILA, Philippines – President Rodrigo Duterte, who often peppers his speeches with expletives, acknowledged he will have to watch his words in his first meeting with Japanese Emperor Akihito.

“I suppose I have to limit my mouth there, except maybe to bring the warm greetings of the Filipino nation,” Duterte said in a pre-departure briefing on Sunday evening, October 29, before he left for an official visit to Japan.

“It is a kind of honor to see the emperor before he abdicates….Before he steps down, he wanted to see the leaders. The last time, I wasn’t able to do it,” the Philippine President added.

Duterte was supposed to pay a courtesy call on Emperor Akihito during his first visit to Japan in October 2016, but their meeting was canceled following the death of Prince Mikasa, the Emperor’s uncle.

On his second trip to Japan, Duterte will also meet with Japanese Prime Minister Shinzo Abe. Duterte said they will be discussing a number of issues, but the main agenda would be regional security.

“One is security, [talks on] the regional threat and [threats to] the entire world. We have been in discussion together with the rest of [our] peace-loving neighbors….The main agenda is how to deal with this problem if this gets worse,” Duterte said.

“This thing about terrorism….We are all committed to destroy this ideology, which knows nothing except to destroy and kill,” said Duterte.

The Philippine President also cited Japan’s aid for the rehabilitation of Marawi City, which was left in ruins after 5 months of clashes. Japan earlier donated P100 million for the southern city.

“We do not expect Japan would help solve all the problems for us, but I am hopeful you can improve on these things. We really need to rehabilitate Marawi,” Duterte said.

The President will return to the country on Tuesday evening, October 31. – Rappler.com