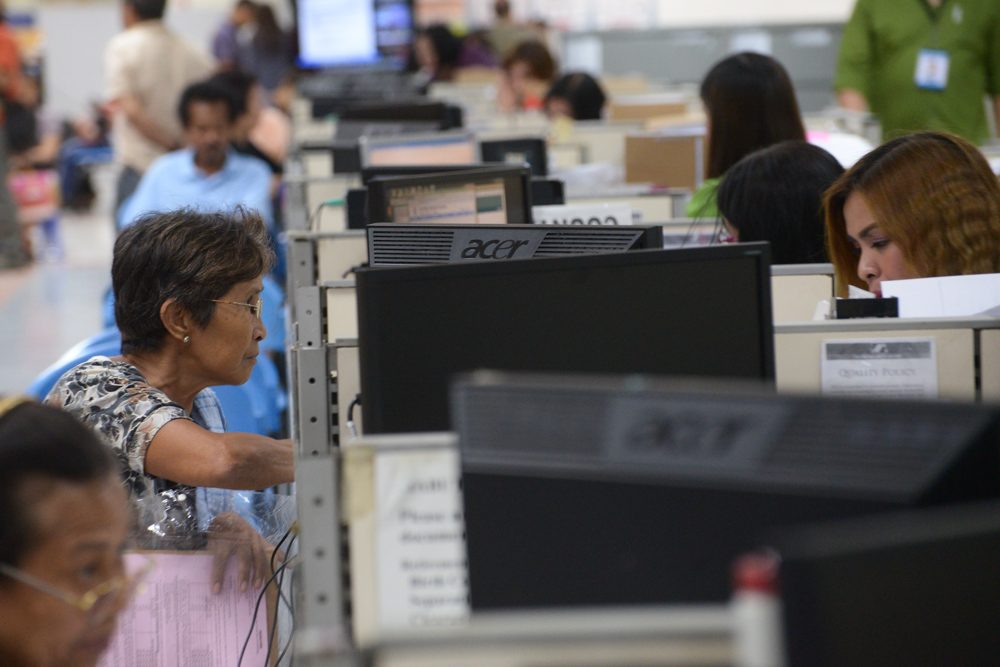 Facebook Twitter Copy URL
Copied
'The SSS must first clean its house and implement internal reforms before any additional burden is imposed on more than 32 million workers who are its members and beneficiaries,' says Partido Manggagawa

MANILA, Philippines – The labor sector wants the Social Security System (SSS) not to implement a planned increase in members’ contributions until it fixes internal issues hounding the state pension firm.

“The SSS must first clean its house and implement internal reforms before any additional burden is imposed on more than 32 million workers who are its members and beneficiaries. The planned 1.5% yearly increase in contributions starting next year up to year 2020 will significant cut into workers’ take home pay,” PM national chair Rene Magtubo said in a statement on Wednesday, November 1.

To offset the projected revenue loss, Magtubo proposed to cut the privileges of the SSS officials and police employers who do not file their workers’ contributions. SSS president Emmanuel Dooc earlier said the SSS will increase the contributions next year from the current 11% of an employee’s monthly pay to 12.5%.

“The conflict of interest and illegal transactions of the SSS executives is probably just the tip of the iceberg as far as immoral profiting from the workers’ fund is concerned. Back in 2013, performance bonuses of more than a million each for SSS commissioners and top officials generated much outrage,” Magtubo explained.

“Also there are numerous abusive employers who do not remit contributions withheld from the wages of their employees. In our work assisting workers, non-remittance of social security contributions is a frequent complaint. Not enough enforcement is being done by the SSS on this grave issue,” he added.

On Monday, October 31, another labor union, the Associated Labor Union-Trade Union Congress of the Philippines (ALU-TUCP) urged the SSS leadership to suspend the officials and others who may influence the conduct of the investigation.

Four executives are currently in hot water after SSS Commissioner for the Investment Oversight Committee Jose Gabriel La Viña filed an administrative complaint against them. La Viña accused the officials of earning by trading stocks using stockbrokers who manage the agency’s pension fund.