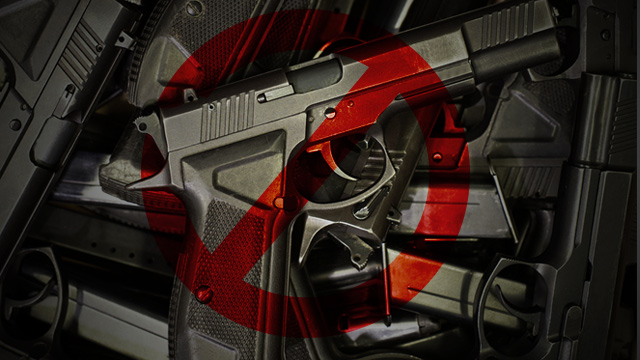 The enforcement of 15-day ban is part of the security measures for the Asean Summit to be hosted by the Philippines.

With this directive, firearms owners cannot bring their guns outside their homes.

The ban will last till November 15, or until the conclusion of the Association of Southeast Asian Nations (ASEAN) Summit in Manila.

The second memorandum expanding the ban, released to the media only on November 3, said the enforcement also applied to CALABARZON Region (4-A), which includes Batangas, Cavite, Laguna, Quezon, and Rizal.

This comes as the country recoils from a 5-month war against homegrown terrorists. For this, Dela Rosa himself urged the public to remain vigilant against terrorist threats during the holidays, when people flock to public places such as cemeteries, transport terminals, and malls.

In October alone, the PNP nabbed two individuals with suspected ties with the Maute Group for illegal possession of firearms and explosives. – Rappler.com