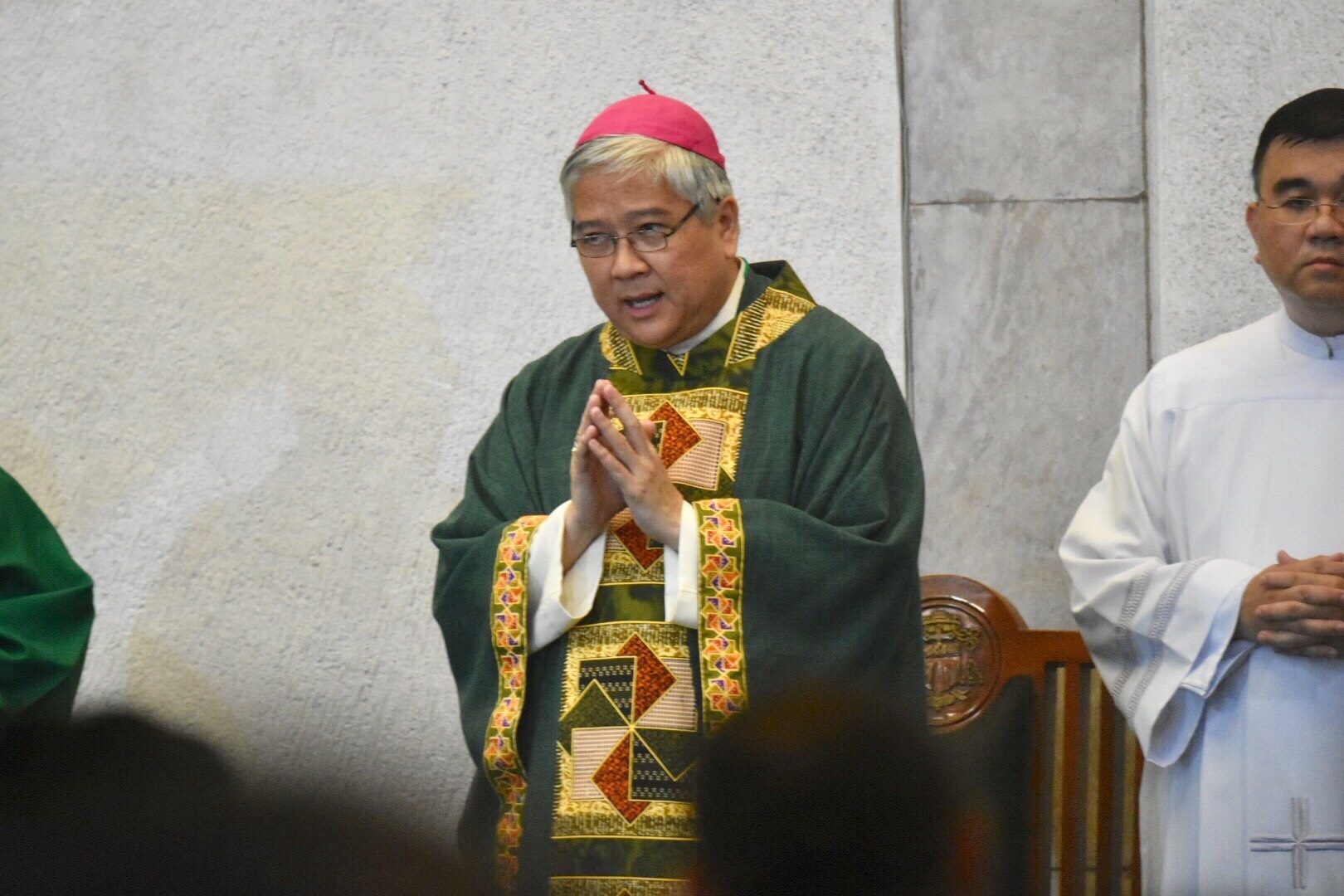 MANILA, Philippines – One of the Philippines’ most influential bishops criticized cops, politicians, and even fellow priests in a Mass at the iconic EDSA Shrine on Sunday, November 5, as he called for the healing, not killing, of drug suspects.

Archbishop Socrates Villegas, outgoing president of the Catholic Bishops’ Conference of the Philippines (CBCP), said the healing of drug suspects – and of a wounded country – should begin within.

“Magbagong buhay na tayo, kasama ako (Let us, myself included, change our lives),” Villegas wrote in his homily on Sunday, a copy of which was obtained by Rappler.

Villegas, who heads the Archdiocese of Lingayen-Dagupan, issued this message on the day called “Lord, Heal Our Land” Sunday.

Catholics, human rights groups, and relatives of victims of extrajudicial killings (EJKs) marked this day along EDSA, the site of the People Power Revolution that toppled dictator Ferdinand Marcos in February 1986.

Back then, Villegas was the 25-year-old private secretary of then Manila Archbishop Jaime Cardinal Sin, who helped mount the peaceful revolution.

Villegas, 57, is now one of the bishops most outspoken against the killings in President Rodrigo Duterte’s war on drugs. He is set to end his second and last term as CBCP president on November 30, to be succeeded by Davao Archbishop Romulo Valles.

Villegas began his homily on Sunday by condemning the drug war killings.

“Kapag hindi natin itinigil ang patayan, may sumpang parusa ang bayang pumapatay sa sariling kababayan (If we do not stop the killings, a curse awaits the nation that kills its own people),” he said.

(Why do we applaud the killings? We chose violence instead of peace. We chose lies instead of truth. We chose to laugh at obscenities instead of correcting these. We chose to be silent than to be involved. In the wrong believe that this is already the last card, we have chosen all kinds of leadership… we became desperate.)

While Villegas did not name any personality in his homily, it was then presidential candidate Rodrigo Duterte who has brandished himself as “the Filipino people’s last card.”

‘We have ourselves to blame first’

Having blasted the nation’s ills, Villegas proceeded to address various sectors of society. He began with his fellow bishops and priests.

“Peace to you, brother bishops and priests, let us be the first to repent and turn away from sin,” Villegas said.

“For falling for the lure of comfort and the attraction of convenience, for giving in to the temptation to be powerful and popular rather than be humble and faithful, for our tendency to judge rather than seek unity, for keeping quiet when we should speak and blabbering when what is needed is silence, God forgive us, leaders of your Church. Have mercy on us,” he said.

The archbishop then turned to politicians, either “in the majority coalition or in the minority opposition.”

“Let politics serve the poor. God forgive those of you who use the poor,” he said.

Villegas said: “Honorable servants in government in the administration or in the opposition, what will it profit you to gain the world, ensure that your wife or husband or daughter or son will win in the next elections… but lose your soul?

To the military and the police, Villegas said: “Stop the violence and uphold the law. Seek justice, not revenge. Choose to be respected rather than feared.”

“Remember that power belongs to the people, not the weapon holder,” he said. The CBCP president also addressed drug users, as well as the families of victims of drug-related killings.

(If you are really drug users, stop it, and change your lives. There is hope! If you lost your family member cause of mistaken identity, because he or she allegedly fought back, because a drug user is supposedly a worthless person, do not fall for revenge.)

Ending his homily, Villegas said: “Start the healing by repenting now. We cannot heal as a nation by blaming others. We have only ourselves to blame first. Let the healing begin here… in each one here.” – Rappler.com