Nov 8, 2017 3:37 PM PHT
Pia Ranada
Facebook Twitter Copy URL
Copied
In his interview with CNN's Christiane Amanpour, Presidential Spokesman Harry Roque says the two leaders are on the same page when it comes to addressing drug problems in their country 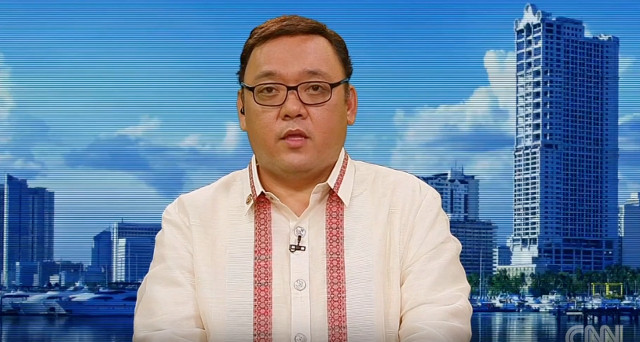 MANILA, Philippines – Presidential Spokesman Harry Roque is confident that the administration’s war against drugs will not be a thorny issue in the first meeting between President Rodrigo Duterte and United States President Donald Trump.

“I don’t think it will be a contentious point between the two presidents,” said Roque in an interview with CNN’s Christiane Amanpour which aired on Wednesday, November 8.

Roque pointed out that in a previous phone call between the two leaders, Trump had even praised Duterte for his anti-drugs efforts.

“To begin with, President Trump has said that President Duterte has done the right thing in embarking on this war on drugs,” said the spokesman.

There are plans for them to have a bilateral meeting on the sidelines of the summit.

Trump, said Roque, himself declared “his own war on drugs” in the US to combat the opioid crisis engulfing the nation.

Amanpour, however, interjected to say, “Well, not quite like that one, Mr Roque.”

To which Roque said “there are parallels” in the US and Philippine campaigns against drugs, thus he does not expect the issue to “cause tension” in the first Duterte-Trump meeting.

Asked about Duterte’s supposed authoritarian tendencies, Roque stressed that the Philippines remains a democracy, in fact, patterned after American democracy.

The Philippines’ constitution, patterned after America’s, guarantees “check and balances between co-equal branches of government,” said Roque, a lawyer.

Duterte himself, he said, is “very much influenced by the American legal system,” specifically the Bill of Rights and US Constitution.

It is this knowledge of legal systems that respect fundamental rights that made Roque confident that if human rights violations in his drug war come up, the President will know how to respond.

“I think President Duterte, if the issue crops up, will highlight that the exercise of police power is always legitimate in any democratic society,” said Roque, a former human rights lawyer.

There was no mention of Duterte’s repeated threats to kill drug suspects and other criminals, messaging which the President tempered after deaths of youths sparked condemnation for his drug war.

Asked if Senator Leila de Lima, a fierce critic of the drug war now detained over drug charges, will soon be released, Roque said, the matter is up to Philippine courts.

He gave assurances that the country has a “working judicial system.”

“One thing we’re proud of is an independent and strong Judiciary,” said Roque. – Rappler.com