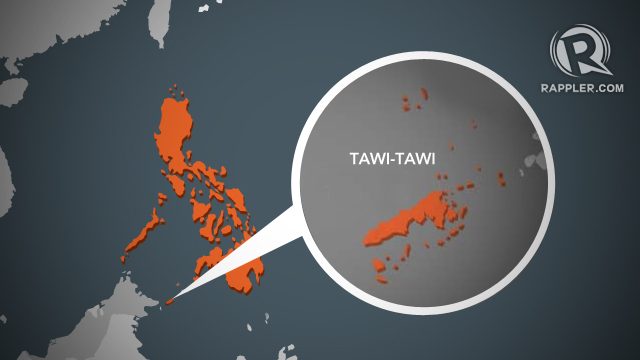 MANILA, Philippines – A Vietnamese hostage of the Abu Sayyaf Group died in captivity while 4 other Vietnamese nationals were rescued early morning on Friday, November 10, in Tawi-Tawi in southern Mindanao, according to the military.

A military operation was launched to rescue the Vietnamese nationals as President Rodrigo Duterte visited Vietnam for the Asia-Pacific Economic Cooperation (APEC) Summit.

“Huu Trong was found dead when he was recovered by troops of the Naval Forces Western Mindanao and the Joint Task Force Tawi-Tawi. Due to a lingering illness, Huu Trong succumbed to death during his captivity,” said Captain Jo-ann Petinglay, spokesperson of the Western Mindanao Command (Wesmincom).

They were transported to Zamboanga City for medical treatment and debriefing.

The Vietnamese were crew members of the Marine Vessel Giang Hai 5. They were abducted by Abu Sayyaf bandits in February off the waters of Pearl Bank in Sulu’s Pangutaran town.

Out of the 17 crew members, two were killed during the attack while 10 others were able to escape.

In November 2016, a separate group of 6 Vietnamese were also abducted from Basilan. The Abu Sayyaf Grop beheaded two of them in July.

The local bandit group is still holding 7 foreigners and 9 Filipinos as captives.

“Operations by our ground units continue to yield positive results as we relentlessly pursue the bandits to thwart their kidnapping ploys and rescue their victims,” said Wesmincom commander Lieutenant General Carlito Galvez. – Rappler.com