20 cops or 20 protesters injured? Even claims clash in ASEAN protests 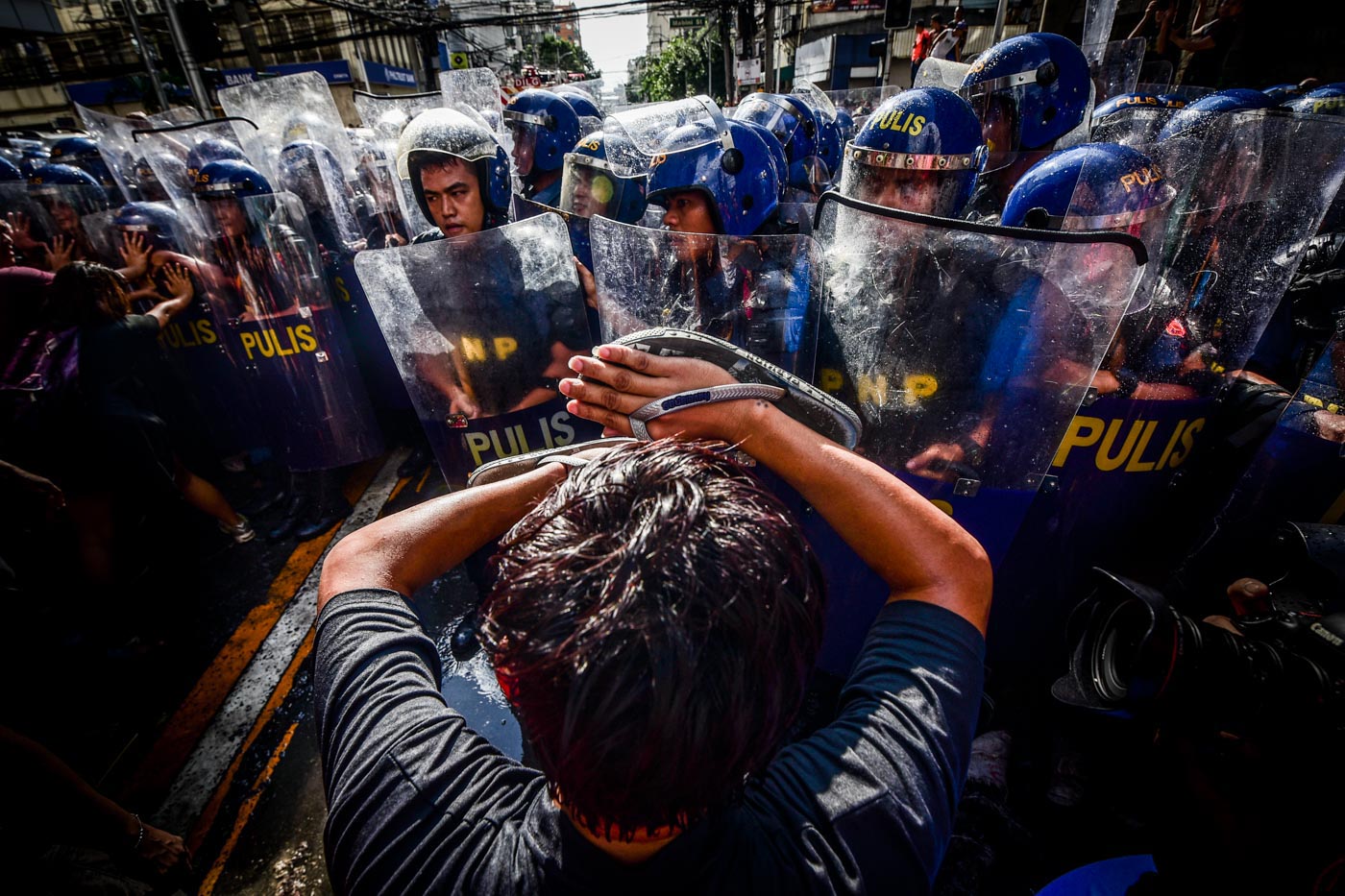 MANILA, Philippines – Police and protesters holding demonstrations during the 31st Association of Southeast Asian Nations (ASEAN) Summit on Monday, November 13, gave contrasting versions of the scuffles that ensued between them.

Talking about the same Sunday, November 12 protest, the Philippine National Police (PNP) reported that 20 cops were hurt while one protester was arrested, while protesters counted at least 20 demonstrators injured and one of their companions “illegally arrested.”

“No’ng ‘di nila ma-penetrate nambato na po sila (When they could not penetrate the police barricade, they threw stones). So, of course, nasasaktan na rin ‘yung mga pulis natin (our police were getting hurt) in spite of us exercising maximum tolerance,” Hipolito told reporters during a press briefing on Monday.

With the riot erupting, Hipolito said the police attempted to disperse the crowd, apparently catching one protester “in the act of throwing stones.”

He added that the cops were mostly injured by the stones, and their equipment – shields and helmets – were supposedly damaged as they blocked the protesters.

It was the only rally, Hipolito said, where they arrested a protester and counted injuries. 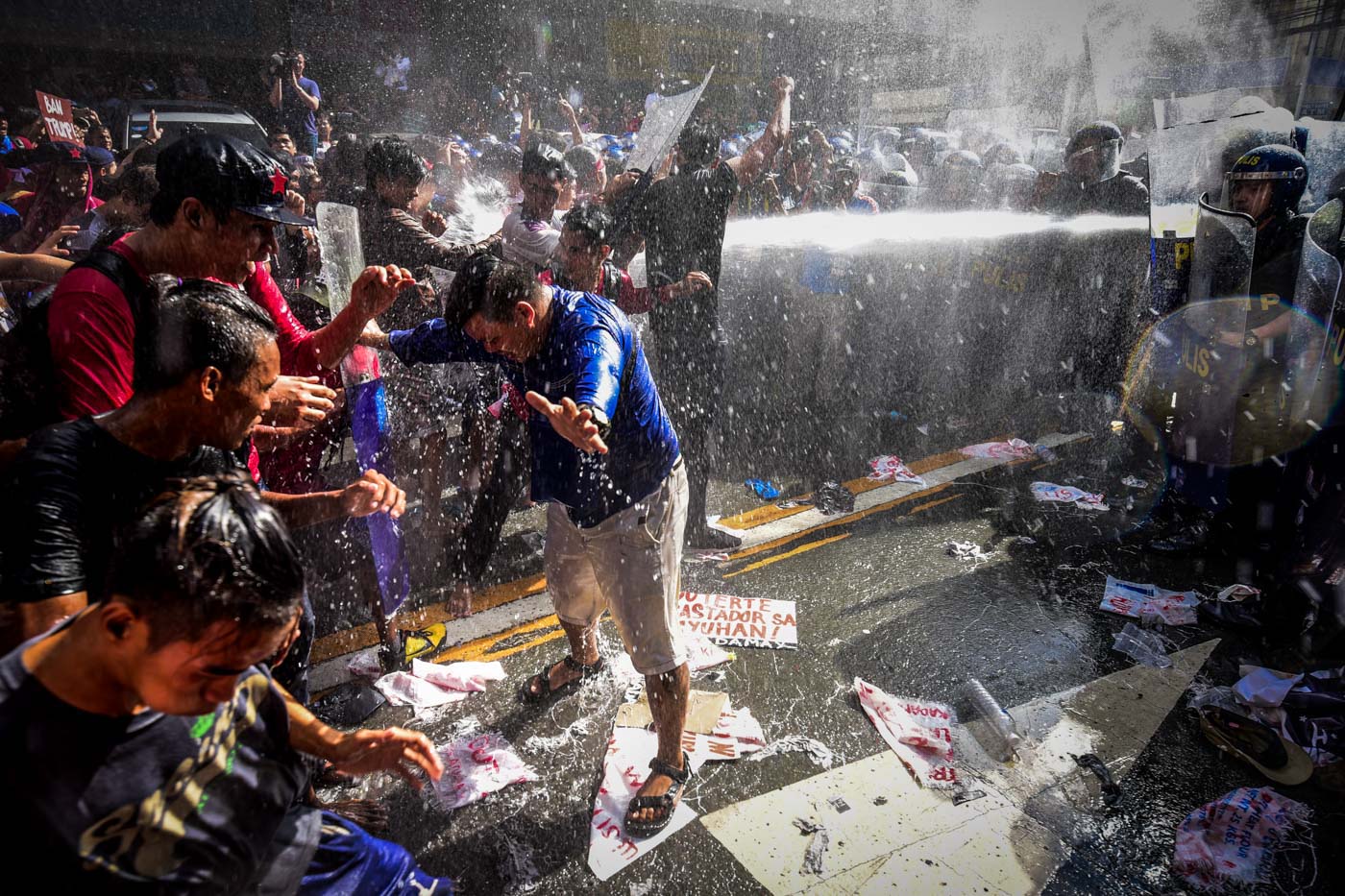 Protesters, however, tell a different story.

According to human rights group Karapatan, at least 20 protesters were injured in the Plaza Salamanca rally, and in another demonstration along nearby Bocobo Street.

Karapatan secretary general Cristina Palabay told Rappler in a text message on Monday that “at least 20” protesters were injured due to the cops’ shields.

She added that police “illegally arrested” Karapatan member Neil Legaspi while driving a van, contrary to cops’ claim that he was caught hurling stones. The cops supposedly “forced him out of the vehicle and hancuffed him, with his head forced down by two policemen.”

Legaspi, Palabay said, was “just trying to follow the protesters” given that the support van was intended for “emergency use.” (IN PHOTOS: Activists protest Trump’s visit in PH)

Palabay also claimed that “personal belongings were missing from the bags that were inside the van.”

Legaspi remains detained under the custody of the PNP’s Criminal Investigation and Detection Group, according to Palabay. He could face charges of breach of peace, assault, and resistance to authorities.

This is the first time in recent months that cops and demonstrators have told completely conflicting narratives, as they usually just contest the number of participants. (READ: Cops scramble to pin down real numbers in pro-Duterte rally)

“In the end, it’s their words against ours. We have seen many times that police are making up stories,” Palabay said. – Rappler.com