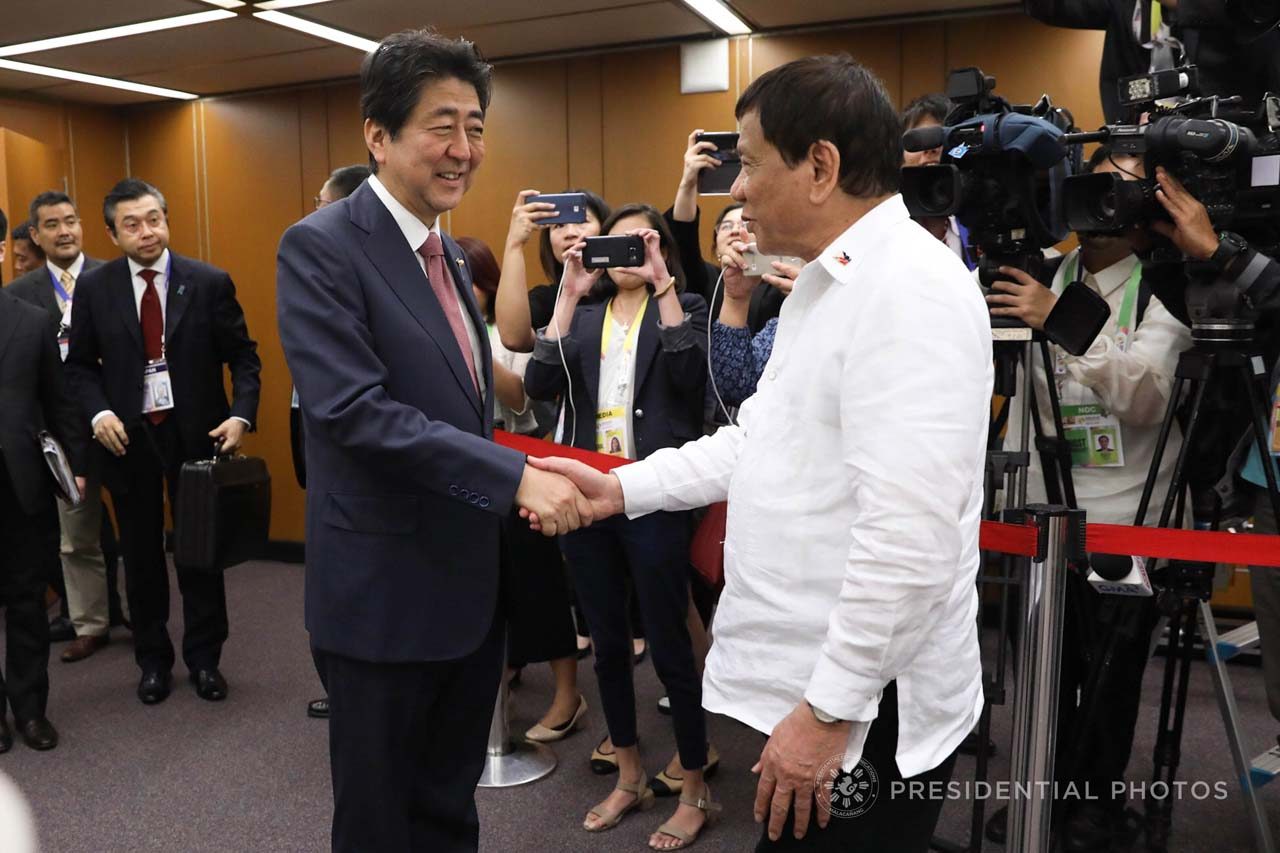 MANILA, Philippines (UPDATED) – The Philippines is one step closer to getting a subway in Metro Manila.

After the bilateral meeting between Philippine President Rodrigo Duterte and Japanese Prime Minister Shinzo Abe on Monday, November 13, both governments exchanged notes on the much-awaited subway project and 4 other deals.

An exchange of notes means the details of the project and financing arrangement have been ironed out. It comes before the actual signing of agreements.

Rolando Tungapalan, deputy director general at the National Economic and Development Authority (NEDA), said that an exchange of notes “is just a step closer to the financing document.”

“A loan agreement is something that goes through something like the central bank’s Monetary Board final approval,” the NEDA official said on the sidelines of a summit in Parañaque City on Tuesday, November 14.

“Loan agreement is the one that is in a form of a contract, binding that the Government of Japan will finance such project. You have a loan at that point,” he added.

Japan had offered a loan to help pay for the project, projected to cost P358.25 billion. The subway proposal was recently modified by extending it to the Ninoy Aquino International Airport.

For Shinya Ejima, senior vice-president of the Japan International Cooperation Agency (JICA), the planned subway in the Philippines is going to be the region’s “project of the century.”

“JICA has been a good partner for ASEAN for 50 years. Here in the Philippines, we are about to start and help [finance] Metro Manila Subway,” Ejima said in a forum.

Transportation Secretary Arthur Tugade had said the groundbreaking is scheduled in the 4th quarter of 2018, while the target completion is by 2025. Tugade earlier said that Abe and Duterte were expected to sign the actual loan agreement for the subway on the sidelines of the 31st Association Southeast Asian Nations (ASEAN) Summit and Related Summits.

There was also an exchange of notes on the Arterial Road Bypass Project, a 24.6-kilometer road designed to ease traffic in interconnection points betweenthe North Luzon Expressway and the Plaridel highway.

The meeting also marked progress on the Economic and Social Development Program, a grant which includes the provision of equipment for Marawi rehabilitation. The grant is also a step closer to finalization with the exchange of notes that night.

The same program will help finance radars to boost the anti-terrorism capabilities of the Philippine Coast Guard in Mindanao.

The two governments also exchanged a loan agreement on the Cavite Industrial Area Flood Risk Management Project. The P9.9-billion project will be financed through a combination of a P7-billion loan from Japan and P2.9-billion funding from the Department of Public Works and Highways.