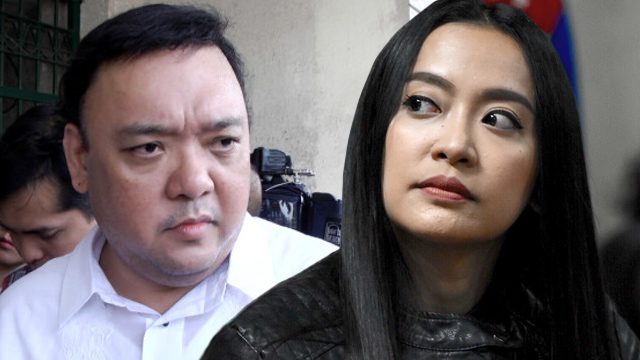 CEBU CITY, Philippines (3rd UPDATE) – The party of President Rodrigo Duterte announced here on Friday, November 17, that blogger-turned-Malacañang official Mocha Uson and newly-appointed Presidential Spokesman Harry Roque will be among its senatorial candidates in the midterm elections in 2019.

PDP-Laban secretary general Pantaleon Alvarez, the Speaker of the House, made the announcement just before the mass oath taking of local allies, who belong to the local party One Cebu and those who had jumped ship from the former ruling Liberal Party.

The last 4 names were already announced by Senate President Aquilino Pimentel III on October 6, together with the names of House Majority Leader Rodolfo Fariñas and himself, a re-electionist.

“Karon hapon akon giuban kaninyo ang atong mga kaubanan nga gusto unta nako ipadala didto sa hawanan sa Senado aron sa ingon mo paspas ang trabaho sa Senado,” Alvarez told a crowd of more than 20,000 at the Plaza Independencia. (This afternoon, I am bringing with me our colleagues whom I want to send to Senate to facilitate the work of the Senate.)

Before they were announced as administration bets, the 6 were allowed to deliver speeches at the start of the official oath-taking ceremony. 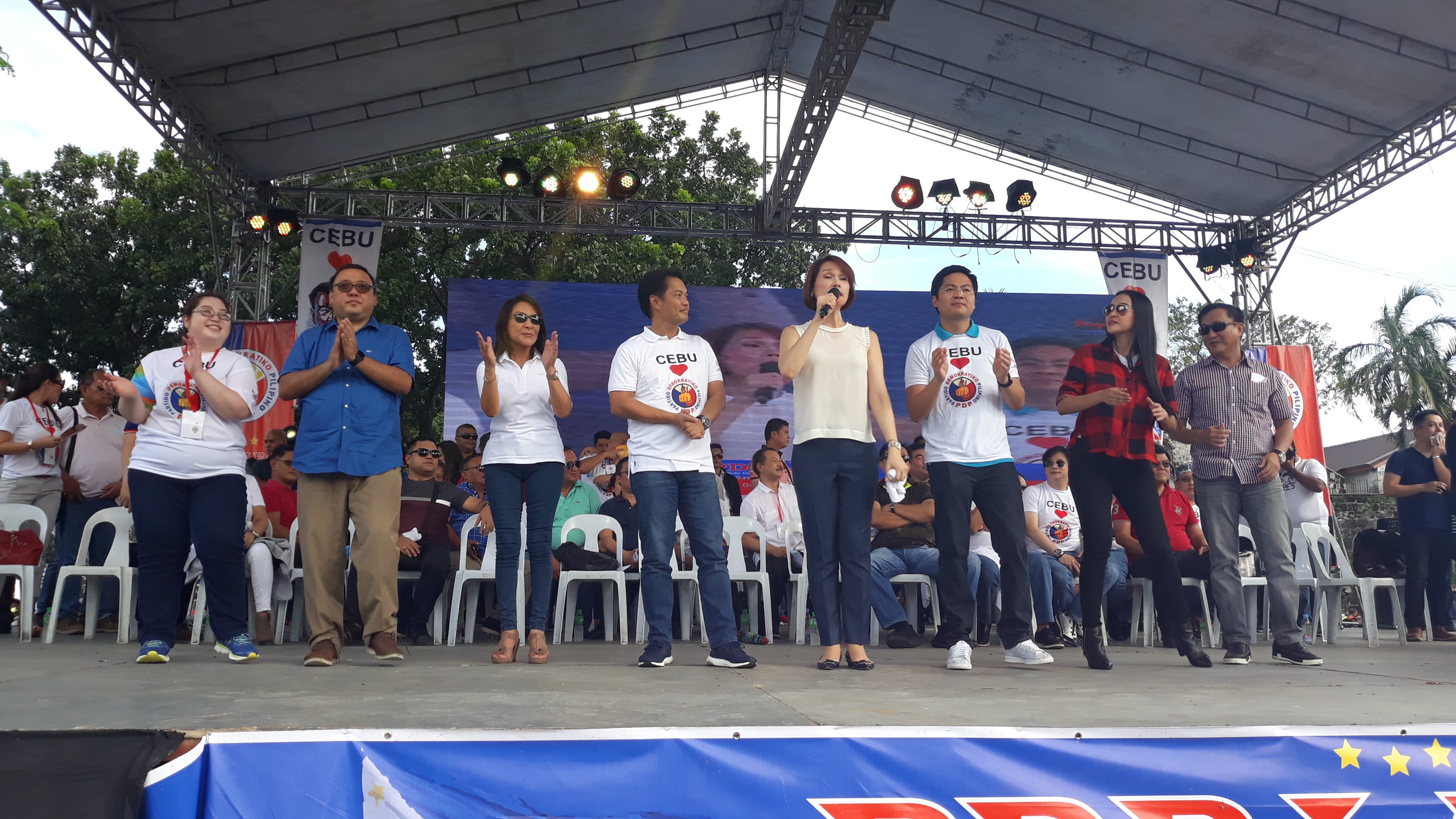 Alvarez lashed out at the Senate for supposedly approving only 10 out of the 110 bills that the House of Representatives had forwarded to the upper chamber.

He said Nograles, Benitez, and Roman were among the members of the House who had spent so much time in making sure bills were passed, even spending the night at the session hall.

Roque was a House member, representating an organization in the party list, until he was appointed President Duterte’s spokesman recently.

Alvarez said these 6 allies, if elected, would help the President deliver the needed services to the people.

“Cebu delivered a 12-0 victory for our President in the last election. I urge you to help deliver another 12-0 win in the next elections so we can truly achieve the change that we all long for,” Alvarez said in Cebuano.

He did not give details of how the senatoriables, including Uson, were picked by PDP-Laban.

Meanwhile, Deputy Speaker Gwendolyn Garcia, founder and president emeritus of One Cebu party, said: “Once again, in this historic Plaza Independencia, we declare freedom from political disunity and political divisiveness. We declare once again that Cebu is one behind President Rodrigo Roa Duterte.” – Rappler.com