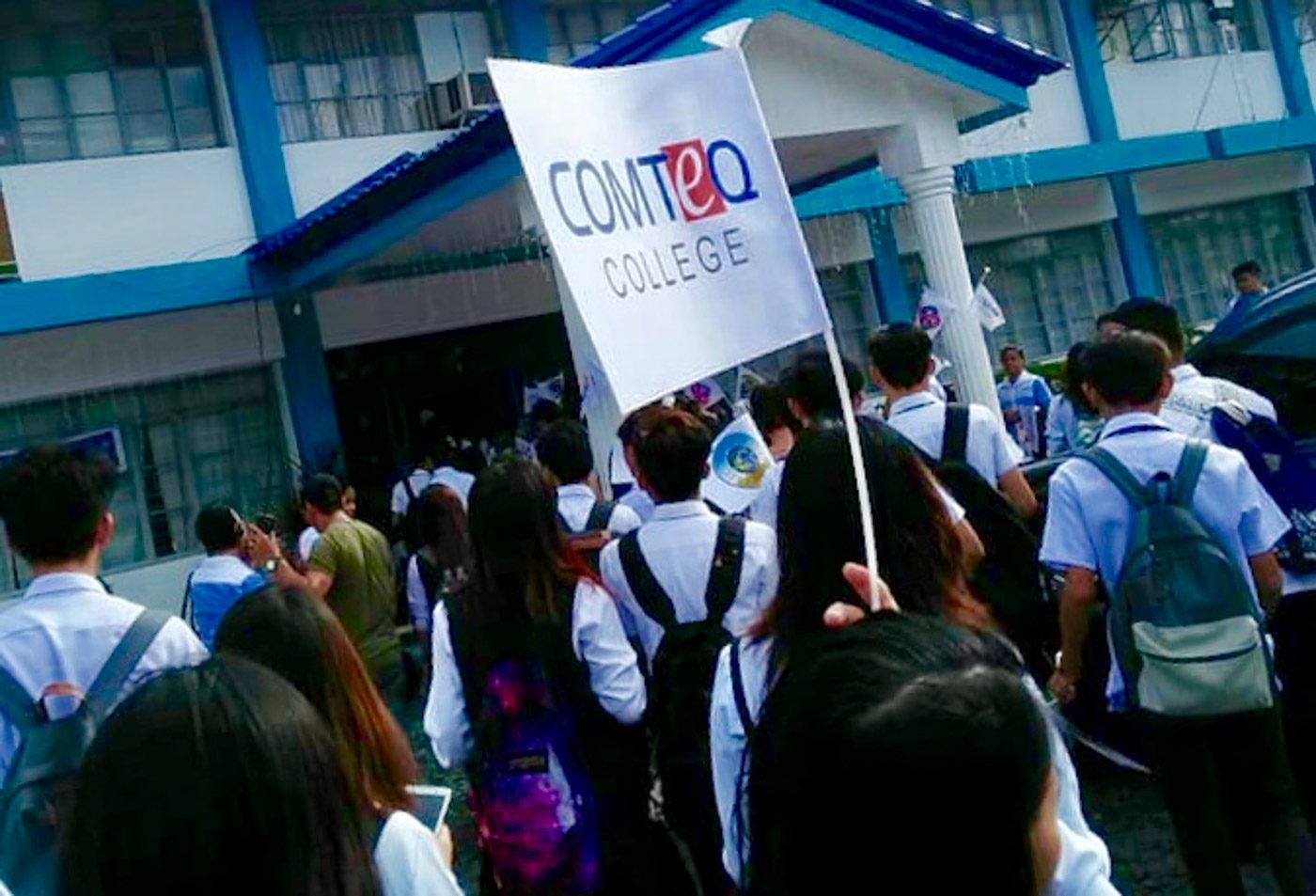 ZAMBALES, Philippines – The Subic Bay Metropolitan Authority (SBMA) recently prevented students from entering the Comteq Computer and Business College (Comteq) building in Subic Bay here after the school was given a “Notice to Vacate.”

SBMA Law Enforcement Department personnel on Monday morning, November 20, said they were only enforcing an instruction from their superiors.

The same officers, without offering any explanation, later allowed the students to attend their classes.

She said the agency had afforded Comteq so much leeway to meet its obligations, and added she “could no longer extend generosity to them.”

“It’s because of the students that the SBMA has given Comteq enough consideration for far too long. This has been a lingering case of irresponsibility on the part of Comteq owners, and I am sorry to say that we cannot extend any more generosity to them,” Eisma said.

Eisma said that as early as April 2017, the SBMA Legal Department had issued a “Notice to Vacate with Demand to Pay” because the school had been operating without any valid lease agreement nor business registration with the SBMA. It had also failed to pay obligation with SBMA in the amount of P17,771,863.19.

However, the SBMA Board granted the school another extension of 6 months for humanitarian reasons, but with a condition that the school “should be fully out of the Subic Bay Freeport facility before the start of the 2017 second semester, or until October 31, 2017.”

Comteq president Danny Piano insisted the school does not owe SBMA any money. He said the school was able to secure a statement of account from the SBMA accounting department more than a month ago, indicating zero balance as of 2017.

Piano filed a request for temporary restraining order with the Regional Trial Court to prevent the agency from enforcing its planned closure, but this was denied.

Another school official, who asked not to be named, said the alleged arrears were questionable.

He explained it took the SBMA more than 4 years from January 2011 to middle of 2014 before its board of directors approved the school’s proposal to lease a property inside the freeport.

An SBMA official, however, prevented the signing of the lease contract, claiming that the school must first pay back rent for the past 4 and a half years then amounting to P13 million, including interests.

Former school administrator Ansbert Joaquin reportedly argued then: “How come the school will be made to pay for the period when it did not enjoy the benefit of having a contract? What is the basis for collecting back rent?”

Rappler was able to reach Joaquin by phone, but he declined to give an interview, saying he is no longer part of the school, having resigned from the institution almost two years ago.

Joaquin wrote a letter to President Rodrigo Duterte immediately after the latter took his oath. He asked the President’s support in securing a permit for the school’s continued operation inside the freeport.

Piano said he was thankful when the SBMA granted the school a grace period of 6 months to vacate the school in April but explained that 6 months proved too short a time for the school to find a relocation site. – Rappler.com