Senate wants no VAT for P15,000 and below housing rent

Nov 27, 2017 2:50 PM PHT
Camille Elemia
Facebook Twitter Copy URL
Copied
This is in contrast to the version of the House of Representatives, which scrapped the P10,000 VAT exemption for housing rent 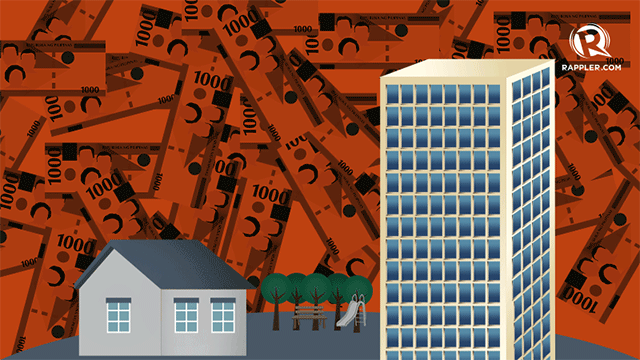 MANILA, Philippines – If the Senate’s version of the tax reform bill is signed into law, Filipinos who pay P15,000 and below in housing rent per month will be excluded from paying value-added tax (VAT).

Under the existing law, the lease of a residential unit not more than P10,000 monthly is VAT-exempt.

It was Senate President Pro-Tempore Ralph Recto who proposed this amendment on Monday, November 27, during the continuation of the period of amendments on the tax reform measure.

It was later on approved by Senate ways and means committee chairman Juan Edgardo Angara, who said it would help ordinary Filipinos.

(We accepted the amendment to increase VAT exemptions. Those renting P15,000 and below will be exempt from VAT. So, this will help renters. It’s 12%, so if you pay P10,000, P1,200 will return to the renter because that will not be taxed by the government.)

Angara, citing 2015 data from the Housing and Urban Development Coordinating Council (HUDCC), said 99% of 1.5 million Filipino families renting would benefit from the exemption.

Angara said the Department of Finance (DOF) was hesitant at first, as the amendment would lessen government revenue.

(Actually, they were a bit hesitant because that would mean a decrease in revenue. But we told them that it probably wouldn’t have a big effect. We said it’s just a small step. Let’s give it to the renters. That was the discussion.)

The Senate’s version is in stark contrast to that of the House of Representatives, which earlier scrapped the existing P10,000 VAT exemption. (READ: EXPLAINER: Senate, House versions of the tax reform bill)

Meanwhile, both versions increased the VAT threshold for leased residential properties from the current P1.5 million to P3 million. This means lessors who earn P3 million and below annually will be exempt from paying VAT, reducing chances that the burden would be transferred to renters.

Once the Senate has finalized its version, both chambers of Congress would have to convene a bicameral conference committee to thresh out differences.

The target implementation of the tax reform measure is by January 1, 2018. This means Congress has to finish it soon so President Rodrigo Duterte can sign the bill into law by yearend. (READ: How will the proposed tax reform package affect Filipinos?) – Rappler.com