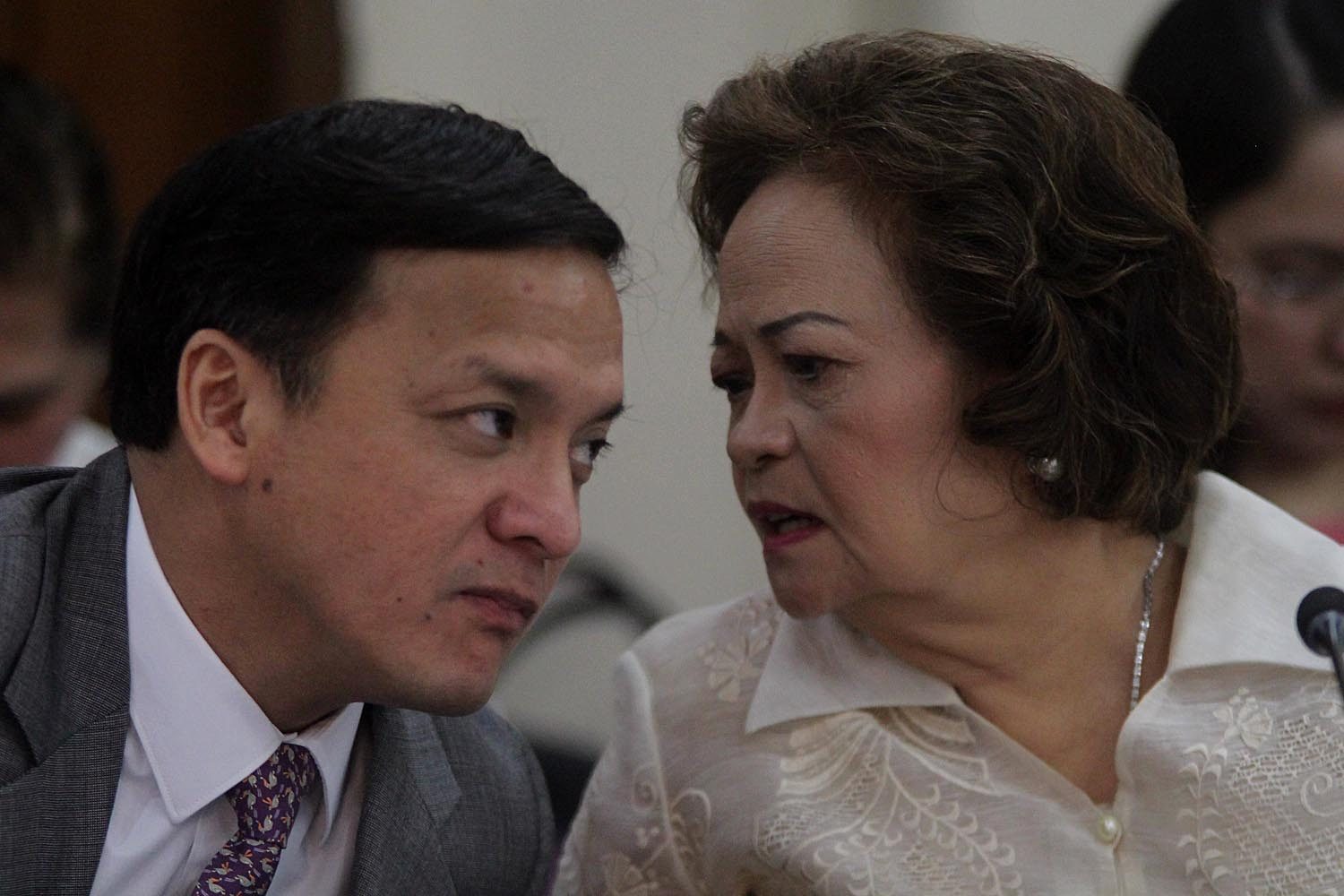 Facebook Twitter Copy URL
Copied
(3rd UPDATE) 'I can't stand idly by when the collegial decision of the SC is being set aside,' says Justice De Castro, referring to the creation by Sereno of a new court office. The Sereno camp says JDO is no different from RCAO.

The RCAO was meant to decentralize administrative functions over judges and was supposed to be based in Cebu for Region 7. It was introduced in 2008 but was halted and had to be reassessed.

Come November 2012, only months after she was appointed Chief Justice, Sereno issued a resolution that reopened the RCAO but under the name “Judiciary Decentralized Office”.

It was De Castro who issued a memorandum recommending the recall of Sereno’s resolution, saying then that it did not reflect the deliberations of the en banc on the issue, and that it usurped the Court’s power to exercise administrative supervision over lower courts.

At one point during the hearing, De Castro said, “I can’t stand idly by when the collegial decision of the SC is being set aside.”

The issue over RCAO and the JDO signaled Sereno’s first open dispute with her colleagues in the court back in 2012, only months after she was appointed Chief Justice. (READ: De Castro testimony exposes division in the Supreme Court)

No power to create office

De Castro said Sereno never meant to re-open the RCAO, but instead wanted to establish the permanent JDO which had pertinent differences with the RCAO. De Castro also said RCAO was supposed to last just a year, but the JDO is permanent.

“The Chief Justice cannot create an office…It’s a legislative power…It appears that she created a permanent office,” De Castro said.

De Castro stopped short of saying Sereno’s act constituted a violation of the Constitution and the principle of separation of powers.

De Castro added that RCAO was supposed to be under the Office of the Court Administrator (OCA), or the office of Midas Marquez, who stood as court spokesman during the term of Renato Corona as chief justice. Marquez also testified on Wednesday.

De Castro noted that the JDO that Sereno created is not under OCA.

“The confusion came about because of the, I’m sorry to use this word, the attempt of the Chief Justice to give a legal basis for what she has done. So she keeps on referring to RCAO, when actually what she intends to do is create another office which is  not under the office of the court administrator,” De Castro said.

Furthermore, RCAO was supposed to have officials with different functions, but instead Sereno assigned a JDO head that would assume all of these functions. Under this setup, De Castro said Sereno would decide the staffing of the JDO.

“Those who attended [the launch] may have been misled that it is the RCAO which is being reopened when actually it is the JDO,” De Castro said.

“(Her) administrative order never made any reference to RCAO, there was a confusion so maybe the people, officials and judges who attended the launch thought it was RCAO because she keeps on saying RCAO,” De Castro added.

‘One and the same’

“RCAO-7 and the JDO are one and the same. They are different only by name,” said Jojo Lacanilao, Sereno’s spokesperson.

Lacanilao explained that when Sereno designated the head of the JDO, she was doing so in pursuant to the en banc resolution that created the RCAO.

Lacanilao picked on De Castro’s own letter to Sereno where she said she opposed the reopening of RCAO, implying that even the Associate Justice acknowledged that it was RCAO.

In her verified answer, however, Sereno said the SC issued a resolution in 2008 which authorized the chief justice to, “acting on his or her own,” designate the Regional Court Administrator to pilot RCAO 7.

The designated JDO head then became Geraldine Faith Econg, now Associate Justice of the anti-graft court Sandiganbayan. She will be called to the hearing, according to the House justice committee.

Econg is abroad for training. She told Rappler: “When I get back from my leave, I’ll check the en banc resolution authorizing attendance if I’m covered. As always, I submit to any legal process.”

Asked whether money was wasted, he replied: “I don’t have any information, but most probably.”

At the time, court observers were shrugging off the issue as just one of Sereno’s “rookie mistakes”.

De Castro said, “It was beyond anyone’s imagination that this hearing will come about.” – Rappler.com