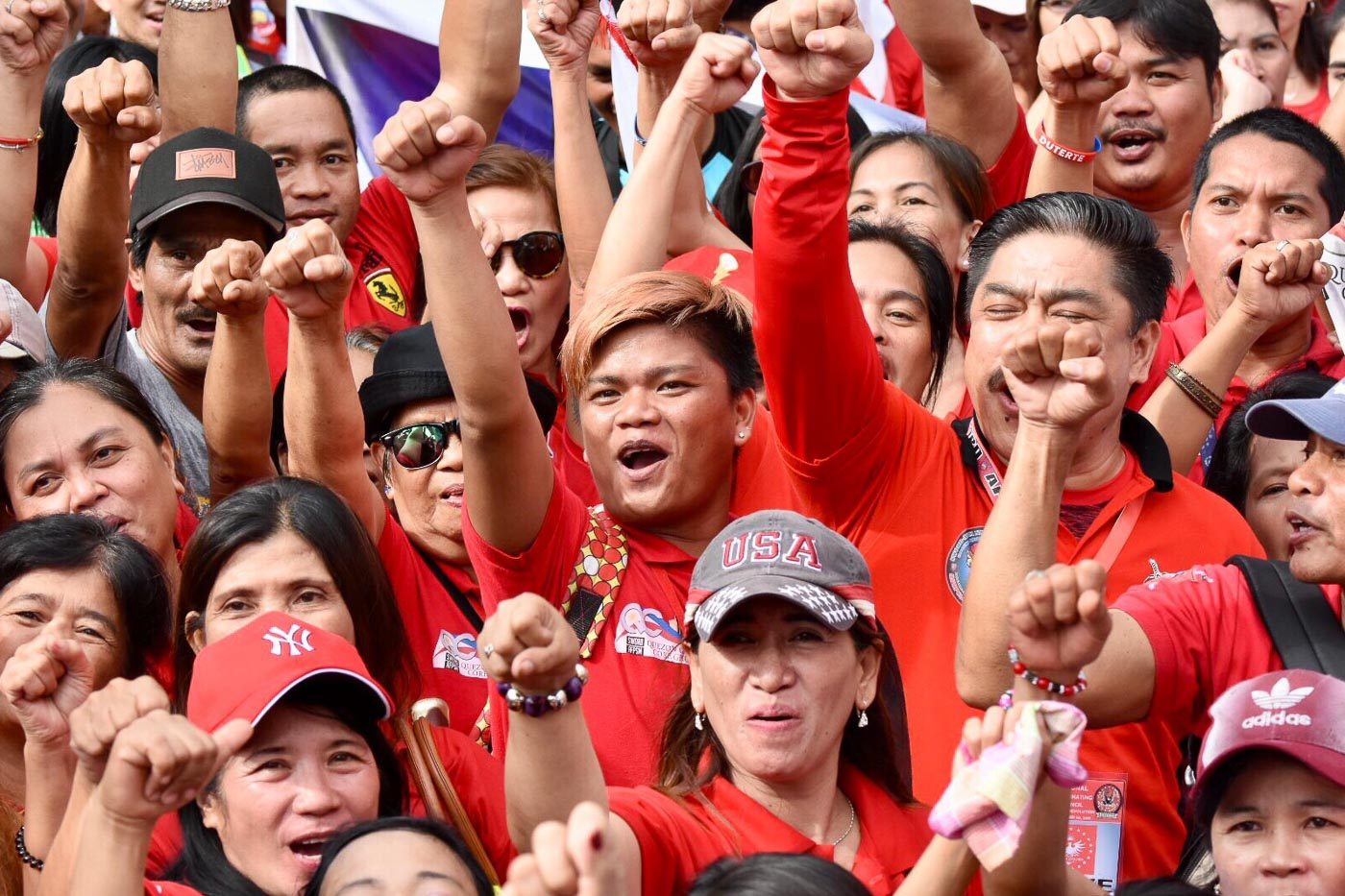 MANILA, Philippines – A few thousand supporters who gathered in Manila on Bonifacio Day, November 30, “granted” President Rodrigo Duterte the powers to declare a revolutionary government and rewrite the Philippine Constitution to effect a shift to federalism.

Led by actress Vivian Velez, various pro-Duterte groups under the Network Revolution (NetRev) umbrella, read a declaration that said a corrupt system of government had prevented reforms, and allowed the elite and the oligarchs to exploit it for their selfish interests. The only way toward real change, they said, would be to set this system aside and the President to start from scratch.

The crowd – nearly 3,000 during the peak of the rally, but placed by cops at 5,000 – repeated after Velez, word for word, the declaration in Filipino.

(We, the sovereign Filipino nation, and who represent the will of the Filipinos, are one in granting exceptional powers to President Rodrigo Duterte, whom we recognize as the President of the Republic of the Philippines.)

After their declaration, the crowd chanted, “RevGov na (RevGov now)” and “Duterte” multiple times, followed by a song praising the President.

In some cities, however, where the Duterte supporters annouced similar rallies would be staged, the activities either gathered only small groups or did not push through at all.

(This declaration is a recognition that the current political system is decaying, and has no use in putting forward true change in our country. It is a hindrance to curing our problems. It is being used by the political elite and the oligarchy for their own gains, even if it leads to the loss of the Filipino people.)

In a simultaneous rally organized by leftist groups, also in Manila, former Duterte Social Welfare Secretary Judy Taguiwalo challenged the President’s supporters: if they wanted real change, then they should tell the Chief Executive to reform policies. Monopolizing power is not the solution, she said.

Vice President Leni Robredo also pointed out that wanting a revolutionary government means distrust in the current administration. She said earlier that top security officials also assured her that they would not back the declaration.

In the streets, NetRev was opposed by anti-Duterte demonstrators who, while also declaring the current system as rotten, do not believe in a revolutionary government. (READ: ‘Bonifacio turning in his grave’ over Duterte’s revolutionary gov’t)

Malacañang, meanwhile, dismissed the opposition, saying the latter was making a “big deal” out of speculations that Duterte would set up a revolutionary government.