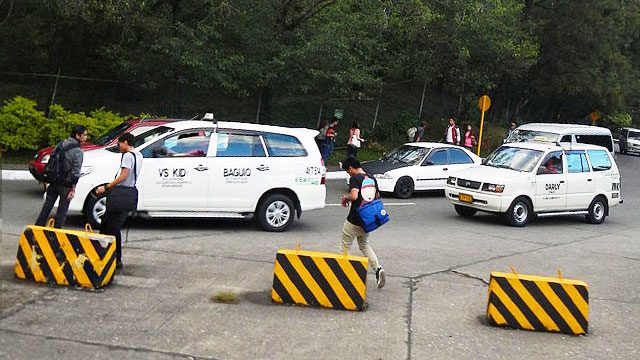 Facebook Twitter Copy URL
Copied
It is a ‘moral responsibility’ of the cab drivers, says a resolution of the city council signed by Mayor Mauricio Domogan

BAGUIO CITY, Philippines – Baguio’s taxi drivers are known for giving the exact change and even willing to let you go if you are peso short. Some were even cited for returning sums of money left by passengers.

Now there will be one more reason to like Baguio cab drivers.

“The act of helping the passengers to load and unload their baggage will be the moral responsibility [of the driver] not only as a public carrier exercising extraordinary diligence in transporting passengers but also as a citizen who sympathizes with [his] passengers,” the resolution said.

The resolution was filed by senior citizen Luz Abella when the city council gave way to the elderly for a day last October. The council adopted Abella’s resolution last November 13 and Domogan signed it last week.

Abella said she noticed that most passengers take taxis when they have heavy loads.

“Taxi drivers should not forget the hospitality and care instilled in our culture, especially for the elderly and pregnant, [thus] they must be prompted on this,” Abella said. – Rappler.com