Dec 8, 2017 12:10 AM PHT
Jun A. Malig
Facebook Twitter Copy URL
Copied
The statement of the Communist Party of the Philippines says President Duterte considers their group as a serious threat to his power 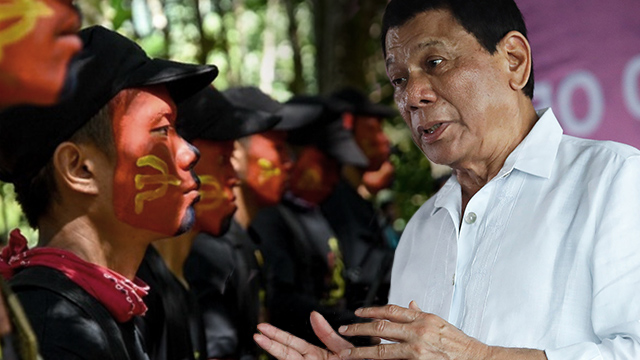 In a statement sent to the media on Thursday, December 7, the CPP-Central Luzon said the 72-year-old retired Catholic priest-activist, who was attacked by motorcycle-riding gunmen in Barangay Lambakin, Jaen, Nueva Ecija around 8 pm on December 4, was among the first victims of what it called as Duterte’s fascist government.

Paez died in a hospital in San Leonardo, Nueva Ecija about 2 hours after he was fired upon by the unknown suspects.

(Fr. Tito Paez is among the first victims of the fascist rule of the Duterte regime. Duterte released in November Presidential Proclamation No. 360 which declared the Communist Party of the Philippines, New People’s Army and the National Democratic Front as terrorists at the instigation of its imperialist master the US.)

The communist regional party condemned the killing of the retired priest, whom it described as a principled and courageous activist since the Marcos era.

The communist organization said Duterte considered as a serious threat to his power the underground armed movement and people’s organizations opposed to his war on illegal drugs and the killing of activists.

It said the murder of Fr. Paez was aimed at sowing terror among the residents of Nueva Ecija and the rest of Central Luzon and arrest the growing number of farmers who are fighting for genuine land reform that was actively supported by the retired priest.

The CPP-Central Luzon said it had no other recourse but to advance its armed revolution against the Duterte administration. – Rappler.com