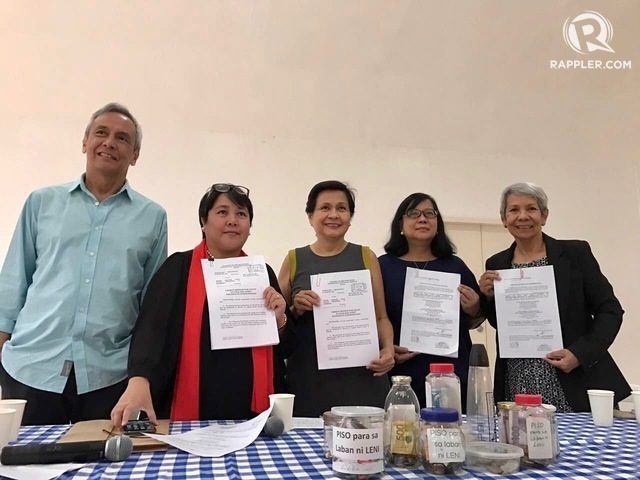 MANILA, Philippines – The Supreme Court has junked with finality the appeal of Vice President Leni Robredo’s supporters to help in paying the balance of the fee for the electoral protest filed against her.

In a statement on Thursday, December 14, the Piso Para sa Laban ni Leni movement said the SC, sitting as the Presidential Electoral Tribunal (PET), denied its motion for reconsideration on November 7.

The SC affirmed its decision in August barring the group from helping the Vice President, because of laws that prohibit public officials from receiving gifts or any valuable item on any occasion.

Instead, the group will turn over the funds it collected – totaling P7,520,679.04 – to the Office of the Vice President’s flagship anti-poverty program, Angat Buhay.

“We plan to turn over the money to an Angat Buhay partner foundation, which will manage the money for us,” said Cristina Lim-Yuson, founder of Museo Pambata and one of the proponents of the Piso Para sa Laban ni Leni movement.

“The money given by thousands of VP Leni supporters will now promote the welfare of our poor countrymen, as this was the alternative plan from the onset in the event that our petition would not be granted by PET,” she added.

The group met with Robredo on Wednesday, December 13, to coordinate the turnover of the funds.

Angat Buhay head Georgina Hernandez welcomed the move. “It will go a long way in helping poor communities as part of VP Leni’s advocacy to uplift the lives of Filipinos living in the fringes of society,” said Hernandez.