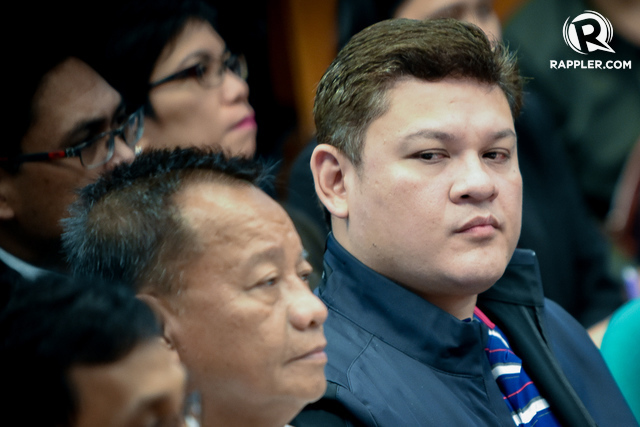 Trillanes said this on Monday, December 25, in reaction to Duterte’s resignation supposedly out of “delicadeza.”

“Delicadeza, seriously? Pinatulan nga nya ‘ung anak n’ya publicly sa Facebook, tapos delicadeza? (He even fought against his daughter publicly on Facebook and now he’s going to say it’s delicadeza?) Besides, he has already been cleared months ago by Gordon’s committee de abswelto. So, that’s pure BS [bullshit],” Trillanes said in a statement.

The senator said Duterte is just trying to “preempt” future investigations against him.

“He is probably just preempting the numerous investigations against him by the Ombudsman. Also, he most likely needs more time to focus on managing his multi-billion peso businesses,” said Trillanes, who has accused Duterte of drug smuggling.

Among the incidents that triggered his decision, Duterte said, was the smuggling of P6.4-billion worth of shabu from China through the Bureau of Customs, where his name was dragged, and, just last week, his “very public squabble with my daughter” from his first marriage.

In his resignation letter, he attributed the “recent unfortunate events in my life” to his “failed first marriage” to Lovelie Sumera.

After that, they will follow the Local Government Code’s rules on succession, where the Number 1 councilor takes over the vice mayorship. Mabel Acosta got the highest number of votes for councilor in the 2016 election. – Rappler.com