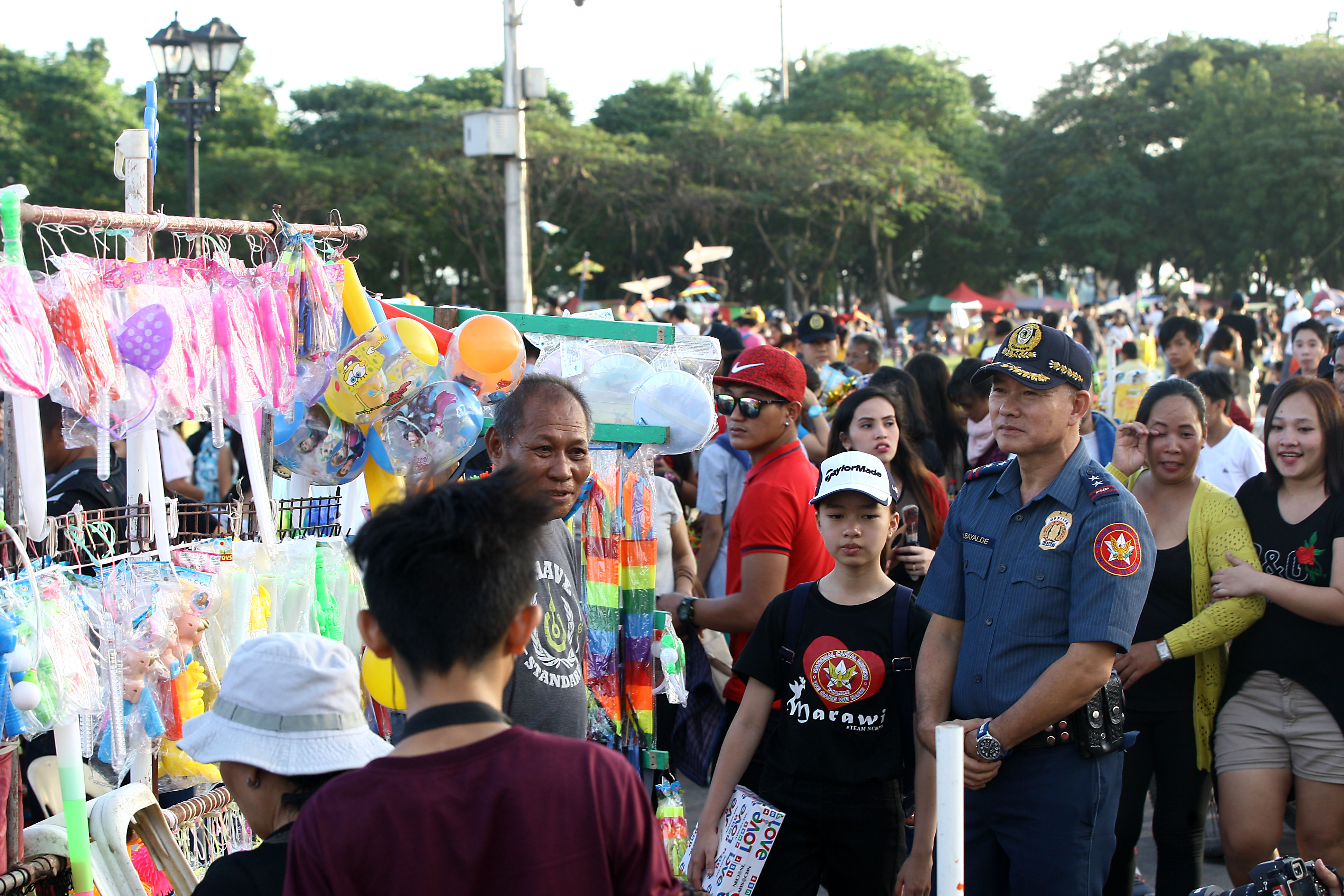 MANILA, Philippines – The National Capital Region Police Office (NCRPO) called on the public to usher in 2018 safely, without using firecrackers and without indiscriminately firing their guns.

In a statement on Monday, December 25, the NCRPO said it is working with local government units (LGUs) and other government agencies to secure areas for community fireworks displays.

Back in June, President Rodrigo Duterte had signed Executive Order No. 28 limiting the use of firecrackers only to community fireworks displays authorized by LGUs.

Like the Department of Health (DOH), the target of the NCRPO is zero firecracker injuries.

“Let us make sure no child will lose a finger. This season is supposed to be for them to enjoy,” said NCRPO Director Oscar Albayalde in the statement.

Albayalde added that they are aiming for zero incidents of indiscriminate firing, especially among police.

“We also aim for zero indiscriminate firing – this is a no-no for our personnel. Anyone who violates will be dealt with accordingly,” he said.

Albayalde gave an assurance that cops are ready to secure Metro Manila for the festivities.

(The police force hopes that we shall all be united in peacefully and safely celebrating the coming of a new year. I also assure you that police will remain on alert 24/7 in the midst of the festivities to maintain peace and order in the entire region.) – Rappler.com